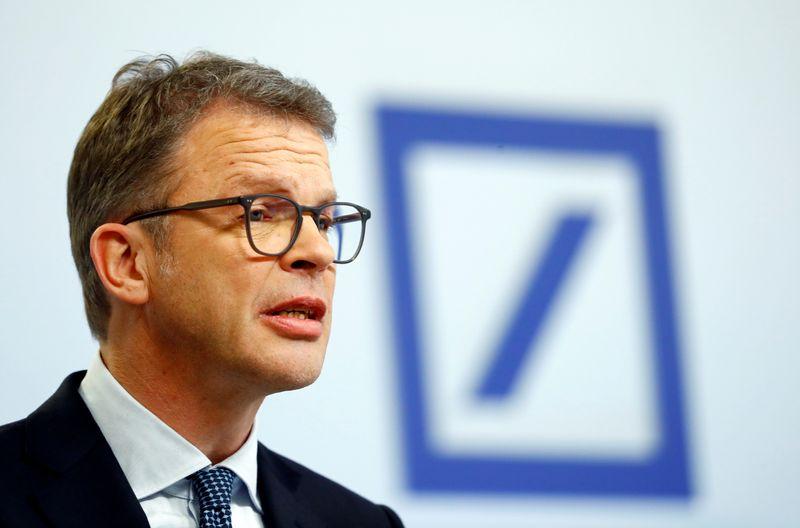 FRANKFURT (Reuters) – Deutsche Bank’s (DBKGn.DE) chief executive Christian Sewing on Wednesday damped speculation that the lender was eager to revive merger talks with Commerzbank, telling analysts that the bank had its hands full with its own overhaul and standalone plan.

Commerzbank (CBKG.DE), with whom Deutsche held merger talks last year, is in the midst of a leadership crisis after its chief executive and chair stepped down amid an investor campaign for change. That has stoked speculation that merger talks could resume.