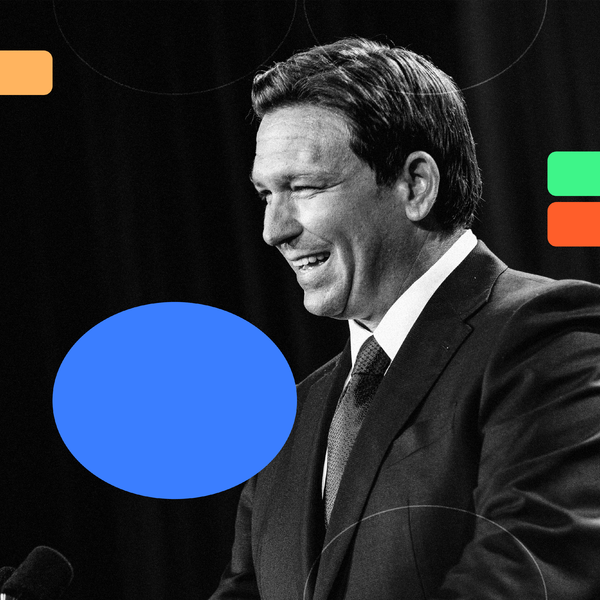 A red wave swept Florida, but elsewhere, it barely lapped the shore. Endangered House Democrats are surviving all over, the battle for the Senate may be tilting toward the Democrats, and at best Republicans have won themselves a return to stalemate, not the victory that the circumstances seemed to promise.

If you’re a Republican, this is all reason for severe disappointment — unless, that is, you’re a Republican with your eyes and hopes on Ron DeSantis as a potential presidential candidate for 2024. A world where Florida delivers a Republican landslide while the G.O.P. underperforms elsewhere is quite possibly your ideal scenario, because it seems to vindicate the theory that DeSantis will be offering, should he become a candidate in ’24.

That theory, basically, is that there’s a decisive right-of-center majority there for the taking in American politics, an opportunity magnified by the Biden administration’s unpopularity. It’s a majority that Donald Trump pushed the party toward, by picking up working-class white voters in 2016 and then Hispanic voters in 2020 — proving that the G.O.P. coalition could be more blue collar and multiracial than its Romney-Ryan iteration and better optimized for Electoral College success.

But Trump himself is just too much, too erratic and polarizing and plainly dangerous, to complete the realignment on his own. And his influence on the party as a whole, manifest in the underperforming candidates he elevated in this cycle, is preventing the new G.O.P. majority from taking its natural shape. States like Pennsylvania, Arizona, Georgia and maybe even New Hampshire should have been easy Republican pickups; all they needed was a normal set of Senate nominees. Instead they got the kind of nominees Trump wanted, and the result is difficulty, defeat, disappointment and votes being counted late into the night.

Crucially, the DeSantis theory emphasizes, “normal” doesn’t have to mean “squishy.” Instead, his sweeping success in Florida proves that you can be an avatar of cultural conservatism, a warrior against the liberal media and Dr. Anthony Fauci, a politician ready to pick a fight with Disney if that’s what the circumstances require. You just also have to be competent, calculating, aware of public opinion as you pick your fights and capable bipartisanship and steady leadership in a crisis. The basic Trump combination, cultural pugilism and relative economic moderation, can work wonders politically; it just has to be reproduced in a politician who conspicuously knows what he’s doing‌, ‌ and who conspicuously isn’t Donald Trump.

Now, there are various ways that this analysis might overstate the DeSantis case. There are reasons apart from his political skills that Florida has trended sharply to the right, and his message and persona might not yield the same results elsewhere. You can’t base a 2024 campaign just on being the guy who kept a sunny vacation destination open for business in 2021 (and drew many right-of-center migrants in the process). You can’t assume that the Hispanic vote nationwide will follow the same patterns as in South Florida. You can’t count on DeSantis’s peculiar kind of anti-charisma playing nationally the way it’s played in his home state.

But powerful narratives have a way of burying caveats and doubts, and right now it looks as if DeSantis will be able to sell himself as the Republican who overperformed amid general underperformance, the only Republican who fully exploited the openings the Biden Democrats gave the G.O.P., the Republican who actually achieved the kind of realigning victory that Trumpism’s theoreticians kept promising was just around the corner.

In a normal political world, a normal political party, you would say that DeSantis effectively became the 2024 Republican front-runner last night. Nothing about the G.O.P. has been normal since Trump descended that escalator in 2015, so I won’t be claiming anything so definite.

But the script has been written, the stage prepared: Now we’ll see whether the governor of Florida can play the part that’s waiting for him.