HALIFAX, Canada — This morning, my children went to school — school, in an old brick building, where they lined up to go in the scuffed front doors. I went to work out at the gym, the real gym, where I huffed and puffed in a sweaty group class. And a few days ago, my partner and I hosted a dinner party, gathering eight friends around the dining room table for a boisterous night that went too late. Remember those?

Where I’m living, we gather without fear. Life is unfolding much as it did a year ago. This magical, virus-free world is just one long day’s drive away from the Empire State Building — in a parallel dimension called Nova Scotia.

This is one of the four Atlantic provinces that cling to the coast of Canada, north and east of Maine. In Canada, these are typically known as “have-not provinces,” economically depressed areas dependent on cash transfers from wealthier provinces to the West.

In the pandemic era, however, “have not” takes on new meaning.

Our coronavirus lockdown began swiftly in March and was all-encompassing. The provincial borders were slammed shut. In Nova Scotia, even public hiking trails were closed, a big deal for a population used to the freedom to head into the wilderness at will. But the lockdown worked, and we released our collectively held breath as new case numbers dropped to the single digits. Restrictions eased in May and lifted in June; in early July, the Atlantic provinces “bubbled” together, allowing free travel among them — but maintaining a strict quarantine rule for anyone who came from outside. And the border to the south, the one with the United States, has remained firmly closed. 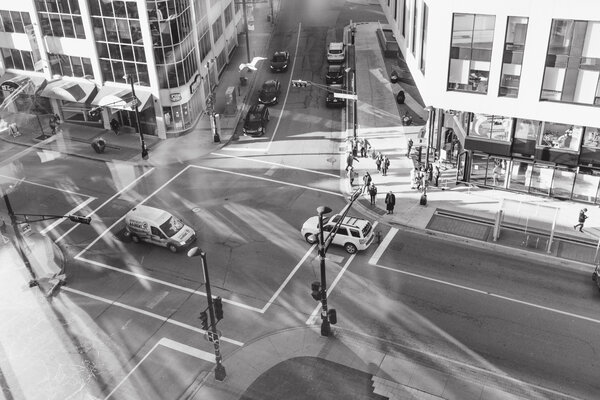 The horrific pandemic news from south of the border feels like a looming shadow these days. The numbers coming from the United States are almost ungraspable: 120,000, 140,000, 180,000 new cases a day. When I talk to friends there, they are locked up in their houses, trying to work with the kids running through the room, or, increasingly often, sick or recovering from Covid-19. Case counts are also climbing in other parts of Canada. My brother and his family in Montreal are once again in lockdown. The pictures I post in our group chat, of slumber parties and speedskating races, are a surreal contrast to their circumscribed days.

The pandemic has changed the way people live, here, too. We stand six feet apart in the line at the grocery store. There is plexiglass around the cashier at Starbucks. I had to keep my dinner party guest list to 10 people in total. Nova Scotia has required everyone to wear a mask in any indoor public space, including upper grade schools, since July. But that seems normal, by now, just one more thing in the morning: got your homework, got your lunch, got your mask? I can go days without the virus really intruding on my life.

And word has gotten out: The Halifax real-estate market is frenzied this fall. Our small, pretty city has relatively affordable housing, beaches and wooded parks. But historically a lack of jobs kept ambitious people away. Now that so many of us work from the kitchen table, the pokey economy matters much less — and Torontonians are fleeing the big city, and the virus, for a charmed life in the bubble.

Geography and demographics have helped Atlantic Canada establish this alternate universe. The population is small, about 2.5 million people across the region, none of it too densely populated. Newfoundland and Prince Edward Island are, well, islands, which makes border control easier. Only one province in this bubble has a land border with the United States, and only one an active border with Quebec, the hardest-hit province. The Halifax airport is the largest in the region, and it was receiving only about a dozen international flights each day when the pandemic began. There are none now. We’re a very small New Zealand.

When I asked Robert Strang, Nova Scotia’s avuncular public health chief, what he thought allowed us to maintain this level of normality, he added another ingredient to my list: Public health officials, not politicians, set the policy here about what opens. And people (mostly) follow the rules on closures and gatherings and masks. “The message has been that we need to do it to keep each other safe,” he told me. ”I think there’s something about our culture, our collective ethic, if you will, that means people accept that.”

The pandemic has caused real pain in this region: the economy, heavily dependent on tourism, has regained only about 80 percent of the jobs that were lost in April, and won’t fully recover with the borders closed. This morning I saw another small business in my neighborhood with a closing-down notice taped to a shuttered window. Eviction rates are climbing. Residents of long-term care homes can have only limited visitors. If we leave the region, we have to spend two weeks in quarantine when we come back, and that can make a person feel trapped.

We argue all the time about what level of isolation and restriction are appropriate; but we have a sense here in Halifax of what has kept us safe and we know that those things are deeply controversial in the United States: public health care; public media; a social safety net. It’s baffling to watch the epidemic in the United States spin wildly out of control, knowing it could easily be different. We know that it could, because we’re living it.

At my dinner party last week, my friends and I raised a glass to our good fortune, and to Dr. Strang. Our freedom feels precious and fragile. It has not come cheap. But it’s a steadying thing, the knowledge that we will make hard choices for each other, and that sometimes when we do, the reward is a life we recognize.

Stephanie Nolen is a journalist based in Halifax, Nova Scotia.