Living Near Drilling Is Deadly. Why Don’t California Lawmakers Care?

The state may be phasing out gas-powered cars, but it’s still legal to put an oil well right next to an elementary school.

Growing up in Carson, a city in Los Angeles County, as a Black kid with childhood asthma, my parents were always worried about my ability to just breathe. I couldn’t participate in gym class like normal kids, so I always had to have my inhaler on me. And to make matters worse, my middle school was less than a few miles away from one of the biggest refineries west of the Mississippi. In L.A. County, over half a million people live within a half-mile of an active oil well, which spews dangerous chemicals like benzene into the air. And of the 1.8 million Californians most impacted by environmental pollution, 92 percent are people of color. Living near oil production is deadly, increasing the risk of asthma, nosebleeds, respiratory issues, high-risk pregnancies and cancer. Neighborhood drilling is one of the most visible forms of environmental racism. So what are California’s elected officials doing about it? It turns out Hollywood didn’t build Los Angeles. The oil industry did. It began in the 1890s, and by the 1930s, California was producing a quarter of the world’s oil. Starting around then, real estate developers used decades of redlining to force generations of Black and brown communities to live in the toxic backyard of the fossil-fuel industry. And from the very beginning, oil companies knew they were poisoning people. In 1943, an internal Shell Oil document marked “confidential” warned of harmful toxins linked to oil production, stating “any exposure at all is dangerous.” With about 5,000 active oil wells, Los Angeles County is the largest urban oilfield in the U.S. And right next door to where I grew up is the neighborhood of Wilmington which is 90 percent Latinx and surrounded by six oil refineries. Through years of hard work and organizing, we’ve been fighting back against environmental racism. Last year, Assembly member Al Muratsuchi introduced Assembly Bill 345, which would have established buffer zones of 2,500 feet between oil and gas drilling sites and sensitive areas like schools, hospitals, and homes. But in August, state senators rejected AB345 in a 5-4 vote. Three Democrats — Anna Caballero, Ben Hueso and Bob Herzberg — rejected the bill, continuing a long line of racist policymaking, taking money from big oil and standing against Californians. Herzberg alone has taken tens of thousands of dollars from the fossil-fuel industry. California prides itself on being an environmental leader, so why is it still legal to drill for oil next to our schools, our hospitals, our homes? You know, when your entire family has asthma — you, your brother, your father — when you find out that those flare-ups aren’t just because of the DNA in your blood, it makes you upset, and it completely alters your way of thinking. There was a purposeful connection between where you live and where fossil-fuel industries decide to do business. I want you to be angry at your elected officials. I want you to let them know that they can’t continue to get away with this. Just because it is individually affecting me or a larger community of Black and brown people doesn’t mean that it’s never going to get to you. 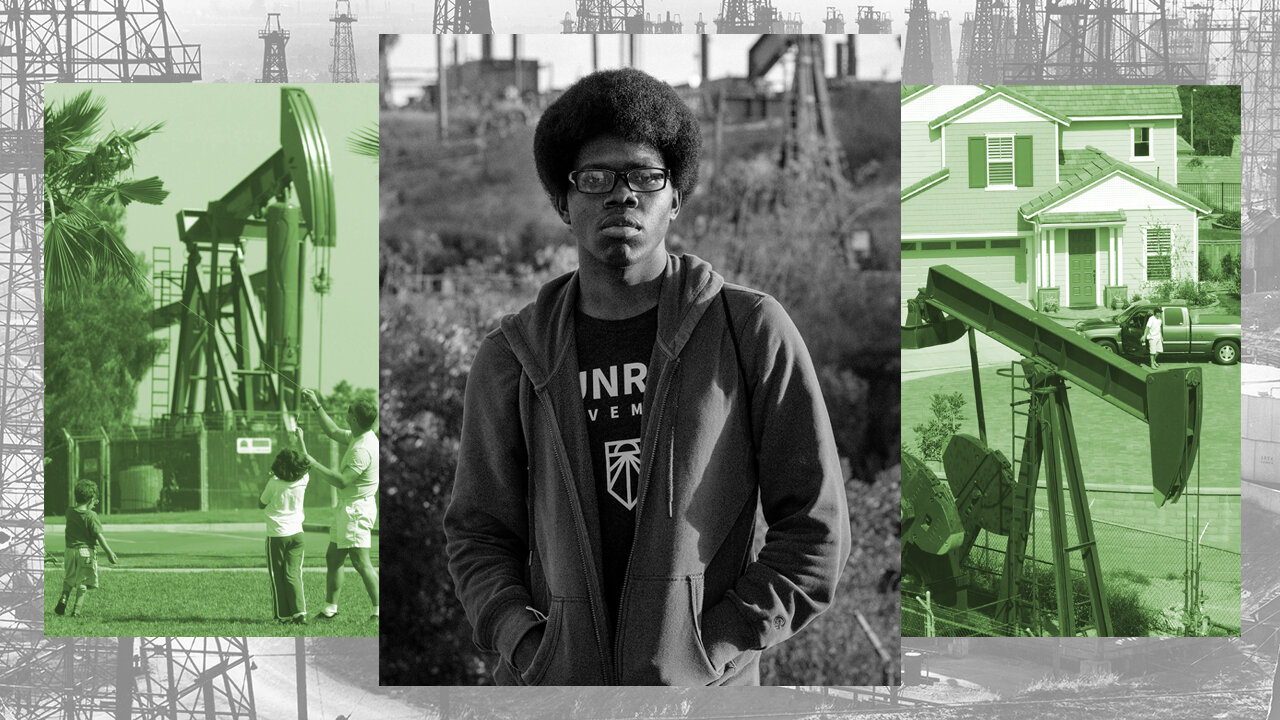 California famously prides itself on environmental leadership — but what about when its lawmakers overlook problems in their own constituents’ backyards? It’s still legal to drill for oil there right next to schools and hospitals — despite well documented health risks to anyone nearby. In the video op-ed above, Josiah Edwards explains what it was like to grow up breathing in the toxic chemicals expelled by drilling. He traces the asthma that plagues his entire family to decades of redlining in Los Angeles County, which consigned Black and brown communities like theirs to live next to active oil wells. Even today, politicians keep rejecting legislation that would help protect Californians from these poisonous emissions. You may not have an oil drill in your backyard now, but if you live in California, there’s nothing stopping one from moving in tomorrow.

Josiah Edwards (@josiah_ed) is a climate organizer in Carson, Calif.