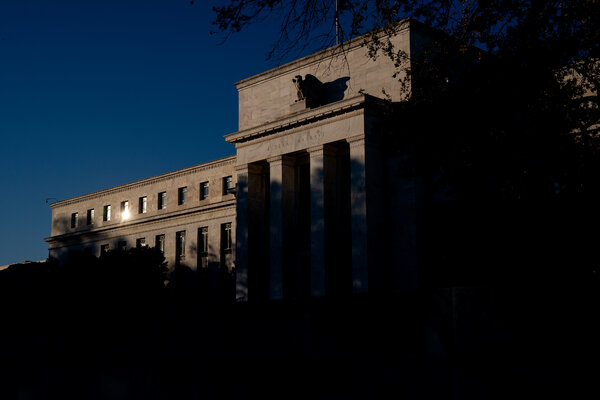 By Sarah Binder and Mark Spindel

Ms. Binder is a professor of political science at George Washington University and senior fellow at the Brookings Institution. Mr. Spindel is founder and chief investment officer at Potomac River Capital LLC. They are the authors of “The Myth of Independence: How Congress Governs the Federal Reserve.”

Amid price pressure, Republican attacks and voter angst, President Biden will soon reveal his choice to lead the Federal Reserve, the agency charged by Congress with a dual mandate to maximize employment with stable prices while maintaining a sound financial system. By most accounts, Mr. Biden is considering another four-year term for Republican lawyer Jerome Powell, the current chair, or promoting his colleague, Democratic economist Lael Brainard, a Fed official and former Obama administration treasury official. His choice will be a test of his commitment to bipartisanship.

Mr. Biden’s deliberation weighs competing priorities: Pursuing his party’s policy goals and insulating the Fed from partisan fever. Appointing a Republican dials down partisan pressure on the Fed and helps insulate the president from blame if the recovery falters or inflation persists. Choosing a Democrat, meanwhile, could help advance Mr. Biden’s policy agenda, but instigates G.O.P. attacks on the “Biden Fed.”

Since Mr. Powell and Ms. Brainard have been Fed colleagues since 2014, Mr. Biden already knows a great deal about how they might govern. So far, they’ve offered similar views about how the Fed should approach its dual mandate. But they diverge on how aggressively to regulate the financial system and address the effects of climate change.

Under Mr. Powell, the Fed has orchestrated accommodative monetary policy by keeping rates low and buying government bonds and mortgage-backed securities — easy money, so to speak. Lower interest rates prompt businesses to create jobs. But they often present an inflationary tradeoff. Central banks typically raise interest rates to tame rising prices, but that can curtail growth. Fail to tighten and inflation surges; raise rates too much and the Fed invites a recession.

Mr. Powell has run the economy especially hot, fueling job-market growth in low-and moderate-income communities (The one exception was the Fed’s decision to hike rates in 2018 amid near-record-low unemployment). That’s unorthodox for the Fed. Even his predecessor Janet Yellen, a Democrat, raised rates before these groups had fully recovered from the global financial crisis.