When Henry Kissinger secretly traveled to Beijing in 1971 to negotiate the re-establishment of diplomatic ties between the U.S. and China, he came bearing multiple requests — about the Vietnam War, nuclear arms, the Soviet Union and more. Kissinger’s Chinese counterpart, Zhou Enlai, had only one focus: Taiwan.

The U.S. needed to recognize the government in Beijing, not Taipei, as the only legitimate China, and the United Nations needed to expel Taiwan, Zhou said. Kissinger agreed to those terms, and President Richard Nixon triumphantly visited China the next year.

Still, the U.S. did not abandon Taiwan. Even as it refused to recognize Taiwan, it continued selling arms to its government and implicitly warned Beijing not to invade. The policy is known as “strategic ambiguity,” and it has endured since the 1970s.

Now some U.S. officials and foreign-policy experts worry that it has become outdated, as my colleague Michael Crowley explains. They think that President Biden may need to choose between making a more formal commitment to Taiwan’s defense or tempting China to invade.

Adm. Philip S. Davidson, the U.S. military commander for the Indo-Pacific region, recently told Congress that he thought China might try to reclaim the island by force within the next six years. The policy of strategic ambiguity, he added, “should be reconsidered.”

China also seems to be considering a newly aggressive approach. This week, it sent an aircraft carrier near Taiwan’s coast, as The Times’s Amy Qin, who’s based in Taipei, told me. The Chinese Navy later released a statement saying, “Similar exercises will be conducted on a regular basis in the future.” Anne Applebaum of The Atlantic has suggested that a Chinese invasion “could happen at any moment” and that Biden should be prepared.

‘A window of opportunity’

China’s current leaders view Taiwanese reunification much as Zhou did in 1971: urgent and vital. “Fast forward half a century, and the same issue — Taiwan — remains Beijing’s No. 1 priority,” as Niall Ferguson of Stanford University writes in a Bloomberg Opinion piece. To Beijing, Taiwan continues to be a source of embarrassment, the island where the losers in the country’s civil war fled in 1949 and whose government is propped up by foreign powers.

Just as important, though, is what has changed in recent decades. China has transformed itself from a poor country that endured the chaos of civil war, famine and the Cultural Revolution during the 20th century into one of the world’s leading powers. It has become the only serious rival to the U.S., economically and militarily.

As part of their rise to global power, China’s leaders believe they must regain control over what they consider their rightful territory. China has already cracked down in Tibet and Xinjiang, partly through severe human rights violations. It has crushed dissent in Hong Kong over the past year. Taiwan remains the only part of greater China that’s outside of Beijing’s grip.

“Xi seems to see the U.S. as weakened and distracted,” Michael Crowley told me, “but also focusing more and more on the China threat — leading to concern that he may see a window of opportunity that moves him to action in the near future.”

What’s both tough and effective?

Biden and his foreign-policy team have decided to take a fairly tough approach to China. They do not believe Donald Trump’s specific policies, like his tariffs, were effective, but Biden’s team has accepted Trump’s view that Barack Obama and his predecessors were too soft on China, mistakenly hoping it would become friendlier as it became richer.

Even within this hawkish framework, though, the most effective approach to Taiwan is not obvious. Some Americans — including Robert Gates, a former defense secretary; Senator Rick Scott, a Florida Republican; Barney Frank, a Democratic former House member; and Richard Haass, the president of the Council on Foreign Relations — argue that while “strategic ambiguity” worked when China was weak, it no longer does. Today, they say, the U.S. must provide clarity, to prevent a thriving, affluent democracy of 24 million people from being overrun.

Other experts argue that a formal change in U.S. policy would be so confrontational as to force Beijing to choose between humiliation and war. “For Taiwan, strategic ambiguity remains a relatively successful policy,” Lu Yeh-chung of National Cheng-chi University in Taipei told The Times. Advocates for the status quo say that China’s leaders understand that an invasion of Taiwan could bring global condemnation, tough economic sanctions and a needless risk to China’s continuing rise. 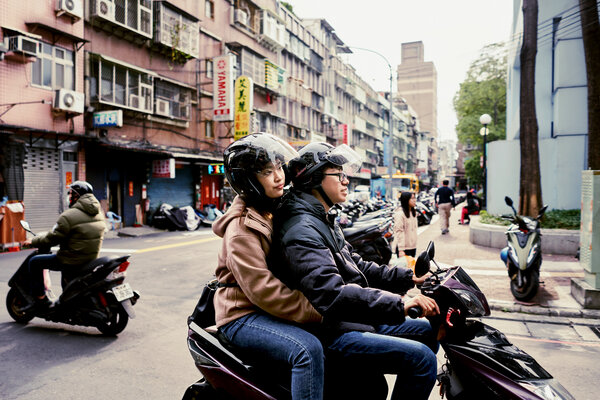 The view from Taipei

What’s the feeling in Taiwan? My colleague Amy Qin says that people there remain largely unfazed about the escalation in rhetoric and military activities. They have lived under the existential threat of an attack from mainland China for seven decades.

“What is there to be scared of?” Stacy Ko, 36, who was dining on a bar patio in Taipei last night, told Amy. It may help that life has been fairly normal for months in Taiwan, thanks to its highly effective response to Covid-19.

“China is China, and Taiwan is Taiwan,” Ko said. “We welcome America’s support, but there’s no reason to be scared.”

A partial vote count suggested that Amazon would probably defeat the most serious organized-labor drive in the company’s history.

So far, only about 30 percent of voting workers at an Alabama warehouse have supported joining a national retail union. About half of the ballots have yet to be counted.

The C.D.C. advised that there was very little chance of contracting Covid from surfaces, putting to rest an early misconception. “This is a virus you get by breathing,” one scientist said.

Lawmakers in Europe were slow to react when the B.1.1.7 variant surged in Britain. Now much of the continent is experiencing a new wave of outbreaks.

Tens of thousands of vaccine appointments remain unclaimed in Mississippi, a sign the state is already encountering hesitancy.

What questions do you have about Covid-19 vaccines, variants or anything else? Send us a short video, and we’ll answer reader questions at The Morning’s live event on April 15.

An associate of Representative Matt Gaetz of Florida is expected to plead guilty to federal charges, a sign he may cooperate with a sex-trafficking investigation into Gaetz.

Medical witnesses said George Floyd died from a lack of oxygen, not a drug overdose. Here are takeaways from Day 9 of Derek Chauvin’s trial.

Violent protests have returned to Northern Ireland in the past week, with rioters hijacking a bus, hurling homemade bombs and injuring dozens of police officers.

Prince’s estate will put out a new album in July, “Welcome 2 America,” that the musician completed in 2010 but never released.

Lives Lived: After a failed documentary project, Sharon Matola found herself in Belize looking after a jaguar, two macaws and 18 other half-tamed animals. The zoo she established there became a popular attraction, and Matola an outspoken advocate for animals. She died at 66.

After a year’s delay, the Tokyo Olympics are set to begin in July, with the Paralympics scheduled to start in August. Years of planning — and billions in television dollars — mean Olympic organizers are keen to hold the event without postponing again.

But polling in Japan has trended strongly against the Games, as Motoko Rich and Hikari Hida report in The Times. Thousands of athletes and other participants will be heading to Tokyo, and less than 1 percent of Japan’s population has been vaccinated, CNBC reports. The country’s experience of the pandemic has been comparatively mild, with the level of infections and deaths far below that of the United States or Europe. But that’s not guaranteed to continue.

Though organizers have said that vaccinations will not be mandatory, the International Olympic Committee will supply vaccines for any competitors who need them. Some countries, like India and Hungary, are prioritizing Olympic athletes for vaccinations at home. Organizers are also barring spectators from overseas, and cheering is forbidden at the Olympic torch relay, which kicked off in Fukushima Prefecture last month.

One thing that is staying the same: The Games will still be called Tokyo 2020, reflected in heaps of T-shirts, mugs, signage and other branded merchandise.

Start the weekend with a rich slice of Florida lime pie.

People in their 20s and 30s are turning to Botox. Why?

“Shiva Baby,” a tense comedy about a young woman at the shiva of a family friend, mixes “big laughs with gut-wrenching discomfort,” Jason Bailey writes in a review.

The late-night hosts joked about the accusations against Matt Gaetz.

Which movie has made the most at the box office during the pandemic? Take this week’s News Quiz and compete with other Times readers.

The pangram from yesterday’s Spelling Bee was inflexible. Here is today’s puzzle — or you can play online.

If you’re in the mood to play more, find all our games here.

P.S. Will Shortz has edited roughly 10,000 crossword puzzles since he joined The Times in November 1993.

There’s no new episode of “The Daily” today. Instead, listen to Episode 3 of “Odessa.” And on “Still Processing,” can Disney move beyond its racist past?

Ian Prasad Philbrick, Tom Wright-Piersanti and Sanam Yar contributed to The Morning. You can reach the team at [email protected].