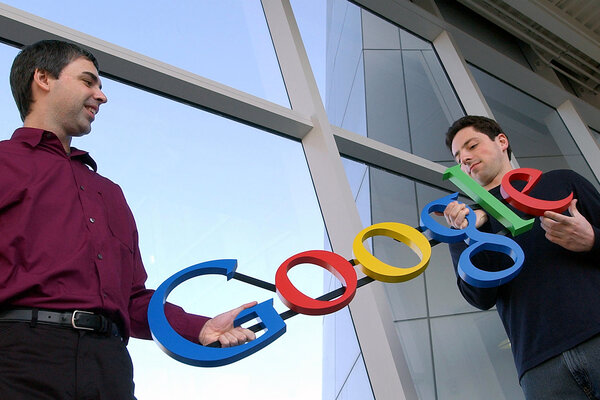 When two Stanford University graduate students, Sergey Brin and Larry Page, founded Google in 1998, the U.S. economy looked different than it does today.

For one thing, big companies weren’t as dominant. Small businesses — those with fewer than 100 workers — still employed more Americans, combined, than companies with at least 1,000 employers:

The economy was also performing better in the late 1990s than it has been lately. Back then, incomes and net worth were rising up and down the economic spectrum. In recent years, the gains have slowed or stopped for every group but the very rich.

The connection between these two trends — the rise of corporate concentration and the slowdown in living standards for most Americans — helps explain why the country may be on the cusp of a new era of trustbusting.

If it is, yesterday could represent the start of that era. The Justice Department filed a lawsuit against Google, accusing it of holding an illegal monopoly over internet search and search advertising. State officials are investigating the company as well, and both federal and state officials are also scrutinizing Facebook, Amazon and some other large companies.

The common thread in these investigations is a concern that big companies have become so powerful that they’re bad for the country. They can distort government policy through lobbyists, lawyers and campaign donations. The companies can hold down wages, because workers don’t always have good employment alternatives. And the companies often squash, or buy, any competitors that threaten their position.

Google is different from past behemoths in that it does not charge money for many of its products (like web search). But there is still reason to worry about its dominance. Its control over web search means it can charge high prices for ads, a particular problem for small businesses. It can also hurt consumers by cluttering its search results with ads, knowing users can’t easily use a rival search engine.

The Washington Post’s Geoffrey Fowler ran a clever experiment this week, comparing the quality of Google searches in 2020 and 2000. His conclusion: “Google increasingly fails us.” As Tim Wu, an antitrust expert, told me yesterday, “A secure monopoly doesn’t have to improve its product.”

Google disputes these criticisms, saying people use it “because they choose to, not because they’re forced to.” Pierre Lemieux, an economist, has previously argued that antitrust action against Google is unnecessary because internet dominance is often temporary.

Whatever the outcome of the case, it will most likely take years to play out, The Times’s Shira Ovide writes. And no single case will change the direction of the U.S. economy. But a larger campaign against monopolization could. Although increasing corporate concentration is hardly the only reason so many families are struggling, it does seem to be an important one.

It’s also the rare area of economic policy with some bipartisan agreement, Sarah Miller, an antitrust advocate who runs the American Economic Liberties Project, notes. The Trump administration brought the Google case, with encouragement from both Democrats and Republicans in Congress.

How often, as Recode’s Peter Kafka asks, do Attorney General William Barr and Senator Elizabeth Warren agree on anything?

“The Google suit may prove to be the opening salvo in a war between Washington and Silicon Valley,” Eric Levitz writes in New York magazine.

Steve Lohr — who covered the similar case against Microsoft in the 1990s — offers a simple breakdown of this case.

The U.S. is averaging 59,000 new coronavirus cases a day, the most since the beginning of August.

Researchers in London plan to infect volunteers with the virus, then test vaccine candidates on them next year.

A recent surge of cases in Alaska offers a cautionary tale of pandemic life in cold weather.

Nearly 300,000 more Americans have died this year than in a typical year. The official coronavirus death count is 220,000.

Mitch McConnell, the Senate majority leader, advised the White House not to strike a stimulus deal with Democrats before Election Day. He cited the deal’s cost and the Senate’s need to conduct a Supreme Court confirmation quickly.

President Trump urged Barr, the attorney general, to investigate Joe Biden’s family, citing allegations of corruption for which there is no evidence.

Florida started in-person voting and broke records. The number of ballots cast — including by mail — already exceeds 30 percent of the state’s final 2016 tally.

Could Biden win in a landslide? Yes, he could, and some Democrats are dreaming about it.

Daily polling diary: Georgia has two separate Senate races this year (because of a retirement), and both are extremely close, a new Times/Siena College poll shows. One reason Republicans are hanging in: They’re winning about 20 percent of Georgia’s nonwhite voters.

The Danish police recaptured the man who killed the journalist Kim Wall on a submarine in 2017, after he briefly escaped from prison.

Elliott Broidy, a former top fund-raiser for Trump, admitted to accepting millions of dollars from a fugitive Malaysian businessman to lobby the White House in his favor.

The latest from The Times’s investigation into Trump’s taxes: The president has a Chinese bank account he failed to disclose publicly.

A Morning read: The U.S. is home to 95 million cattle, all belching out planet-warming methane. Scientists are hoping that changes to the animals’ diets could help slow climate change.

Lives Lived: With hits like “Gimme Some Lovin’” and “I’m a Man,” the British rocker Spencer Davis led one of the most successful bands of the 1960s. Davis has died at 81.

IDEA OF THE DAY: Rays vs. Clichés

So how do the Rays compete? By constantly looking for small advantages and ignoring some old baseball clichés. A few examples:

For years, teams have trusted only one pitcher to finish close games (and earn saves, as the statistic is known). This year, 13 different Rays pitchers have recorded a save. The team chooses the best pitcher for the situation, rather than following a formula.

For years, baseball purists have insisted that “small ball” — like bunting — is a superior form of the game. The Rays prefer the long ball: In the first three rounds of this year’s playoffs, they scored 72 percent of their runs on home runs, The Times’s Tyler Kepner notes.

And for years, broadcasters and managers have talked about the importance of “momentum.” But in a crucial game on Saturday night, the Rays removed their best pitcher, even as he was throwing a shutout, because they didn’t think he was the best choice to get the remaining outs. They won.

A crisis for museums

As American museums reopen, their leaders are looking to Europe, where many museums have been open since May, for a preview of what to expect. And it looks grim. Attendance at many European cultural institutions is well below half of what it was last year.

The situation in the U.S. may be even tougher. Europe’s museums tend to receive more funding from the government, and several countries, including France and Germany, have announced additional bailout packages for the arts. In the U.S., museums rely more on income from ticket sales and facility rentals.

In response, American museums are trying to get creative. Some foundations in Pittsburgh have stepped in with emergency grant programs to help the Andy Warhol Museum and others. The Levine Museum of the New South in Charlotte, N.C., has attracted virtual visitors with expanded online programming (although making money from it isn’t easy).

Still, these solutions will probably not be sufficient to keep museums at their previous size. Even the Metropolitan Museum of Art, with a $3.3 billion endowment, has cut its staff by 20 percent. “What is unique about the American system of funding culture,” a spokesman for the Met told CNBC, “is it’s philanthropy that funds many of the things that our society treasures.”

This recipe riffs off North African flavors to create a twist on a classic sausage roll, resulting in a generously spiced version filled with lamb and harissa paste.

Enjoy this fall poem for Halloween (sound on!).

The pangram from yesterday’s Spelling Bee was typeface. Today’s puzzle is above — or you can play online if you have a Games subscription.

P.S. The Times won five Online Journalism Awards for work including an interactive story on air pollution and a series documenting Russia’s bombing of Syrian hospitals.

Today’s episode of “The Daily” is about social media and misinformation.

Lalena Fisher, Claire Moses, Ian Prasad Philbrick and Sanam Yar contributed to The Morning. You can reach the team at [email protected].