Amazon has announced plans to create more than 10,000 new permanent jobs in the UK this year.

The online retail giant is opening new operations in Hinckley, Doncaster, Dartford, Gateshead and Swindon in 2021 and is also hiring for corporate roles as well as its cloud-computing division Amazon Web Services.

Amazon’s latest recruitment drive, hailed by the government as a “vote of confidence in the British economy”, will take its total UK workforce to more than 55,000. 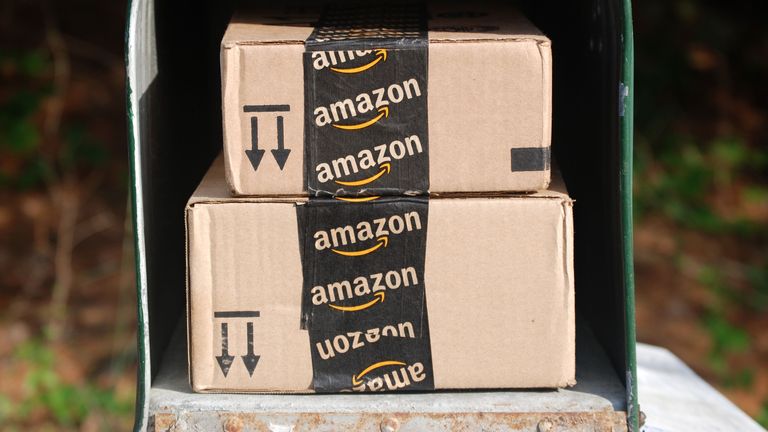 It also said it would invest £10m in skills training over three years including courses designed to help workers “who see their future outside of Amazon” including HGV driving, accountancy and software development.

Amazon’s UK manager John Boumphrey said: “We’re creating thousands of good jobs across the UK from a diverse range of roles with excellent pay and benefits.

“We’re proud of the frontline roles we offer across Amazon, and we also know that they will be a stepping stone for some in their career journey.”

Business secretary Kwasi Kwarteng said: “Amazon’s announcement today is fantastic news and a huge vote of confidence in the British economy, helping us deliver on our commitment to level up across the UK.”

Amazon has thrived during the pandemic as the closure of retail stores boosted demand for its delivery services.

In the first quarter of this year profits more than tripled to $8.1bn (£5.7bn) compared with the same period last year.

But it has been the subject of criticism over its working practices and tax affairs.

Amazon says it provides “competitive pay, processes, and systems to ensure the wellbeing and safety of all employees”.

This week it won a legal battle against the EU over an order that it had to pay €250m (£215m) in back taxes to authorities in Luxembourg, where it has its European headquarters.

Amazon has countered criticism that it does not pay enough tax in comparison with its vast sales by pointing out that these taxes are charged on profits – which have been relatively muted because of the amount it spends on investment.