SYDNEY (Reuters) – Asian share markets were heading south on Tuesday amid fears the coronavirus was rapidly mutating into a pandemic that could cripple global supply chains and wreak far greater economic damage than first thought. 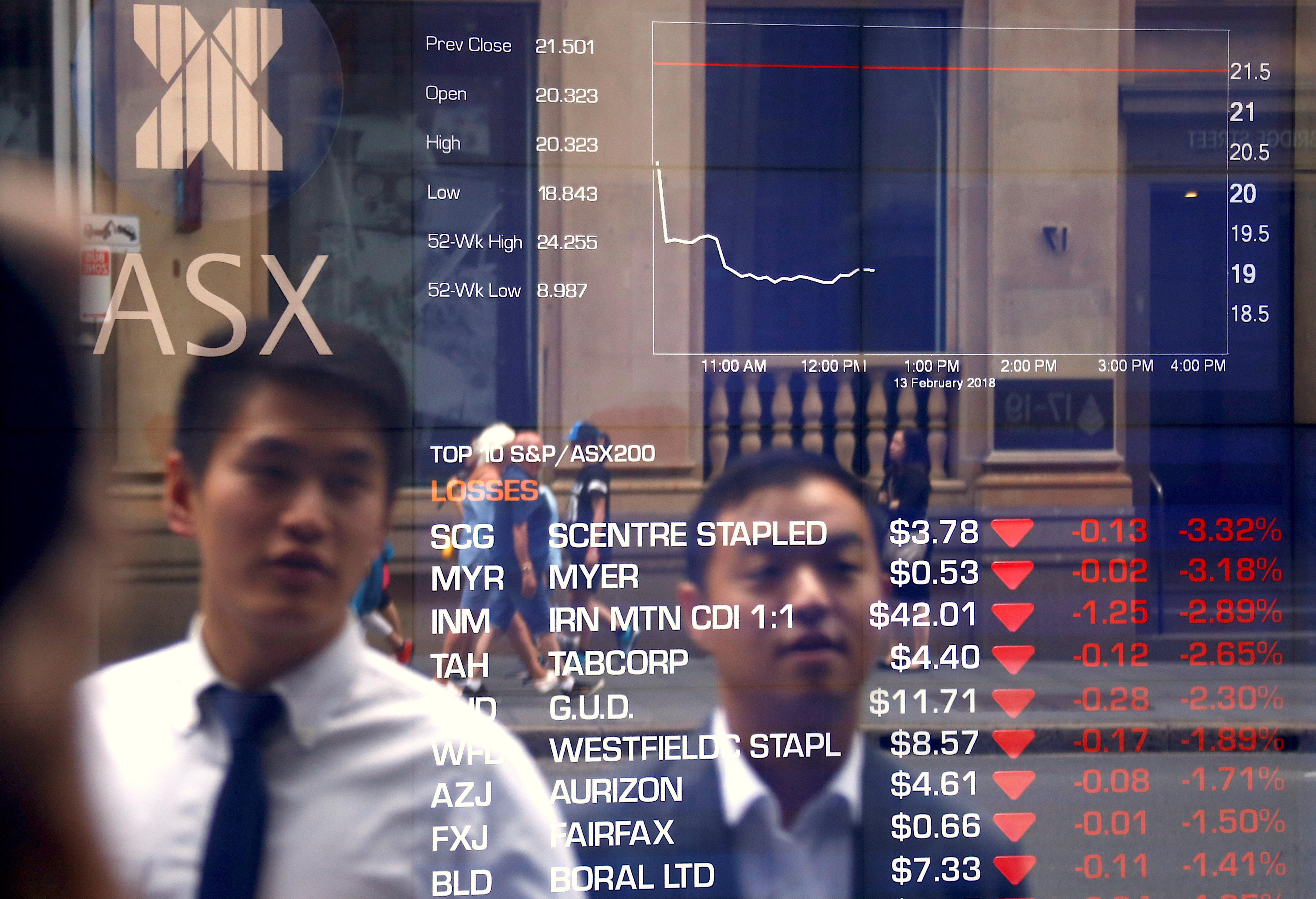 Both U.S. and European equities suffered their steepest losses since mid-2016, while demand concerns savaged prices for oil and a whole swathe of industrial commodities.

Sovereign bond yields dived as investors sought the most liquid of safe havens and wagered central banks would have to ride to the rescue with a burst of new stimulus.

“This is a world now where economies are so intertwined that it’s hard to know what the economic impact will be,” said Rodrigo Catrill, a currency strategist at NAB.

“It’s certainly hard to see a catalyst that might stop the losses in the near term, though the market has moved aggressively to price in U.S. rate cuts as early as June.”

Futures for the Federal Reserve funds rate <0#FF:> have surged in the last few days to price in a better-than-even chance of a quarter-point rate cut in April. In all, they imply more than 50 basis points of reductions by year end.

Central banks across Asia have already been easing policy, while governments have promised large injections of fiscal stimulus, something western countries might have to consider.

For now, selling shares seemed to be the safe choice for investors and futures NKc1 suggested Japan’s Nikkei .N225 could mirror the Dow and drop 1,000 points at the opening.

MSCI’s broadest index of Asia-Pacific shares outside Japan .MIAPJ0000PUS slipped 0.2% in early trade, having fallen 2.5% on Monday. and Australia shed another 1.4%.

E-Mini futures for the S&P 500 ESc1 eased 0.2%, having plunged overnight as the full implications of the virus’ spread finally caught up with Wall Street.

Underlining the economic impact of the virus was a 3.5% drop in Apple Inc (AAPL.O) as data showed sales of smartphones in China tumbled by more than a third in January.

The coronavirus death toll climbed to seven in Italy on Monday and several Middle East countries were dealing with their first infections, feeding worries it could turn into a pandemic.

“If travel restrictions and supply chain disruptions spread, the impact on global growth could be more widespread and longer lasting,” said Jonas Glotermann at Capital Economics.

“While we still think that it would take a significant deterioration in the outlook for the U.S. economy for policymakers to cut rates, they may feel compelled to do so if the virus spreads and leads to continued falls in the stock market and inversion of the Treasury yield curve.”

The rush to bonds drove yields on 10-year Treasury notes US10YT=RR down 10 basis points to 1.37%, so paying less than a three-month deposit. Yields are now rapidly approaching the all-time low of 1.321% hit in July 2016.

The sharp drop, combined with the simple fact the Fed had far more room to cut rates than its peers, kept the U.S. dollar restrained after a run of strong gains.

Against a basket of currencies, the dollar was all but steady at 99.286 =USD.