LEVERKUSEN, Germany (Reuters) – German drugs and pesticides company Bayer (BAYGn.DE) was at pains on Thursday to quell expectations it was nearing an out-of-court settlement laying to rest claims its glyphosate-based weedkillers cause cancer. 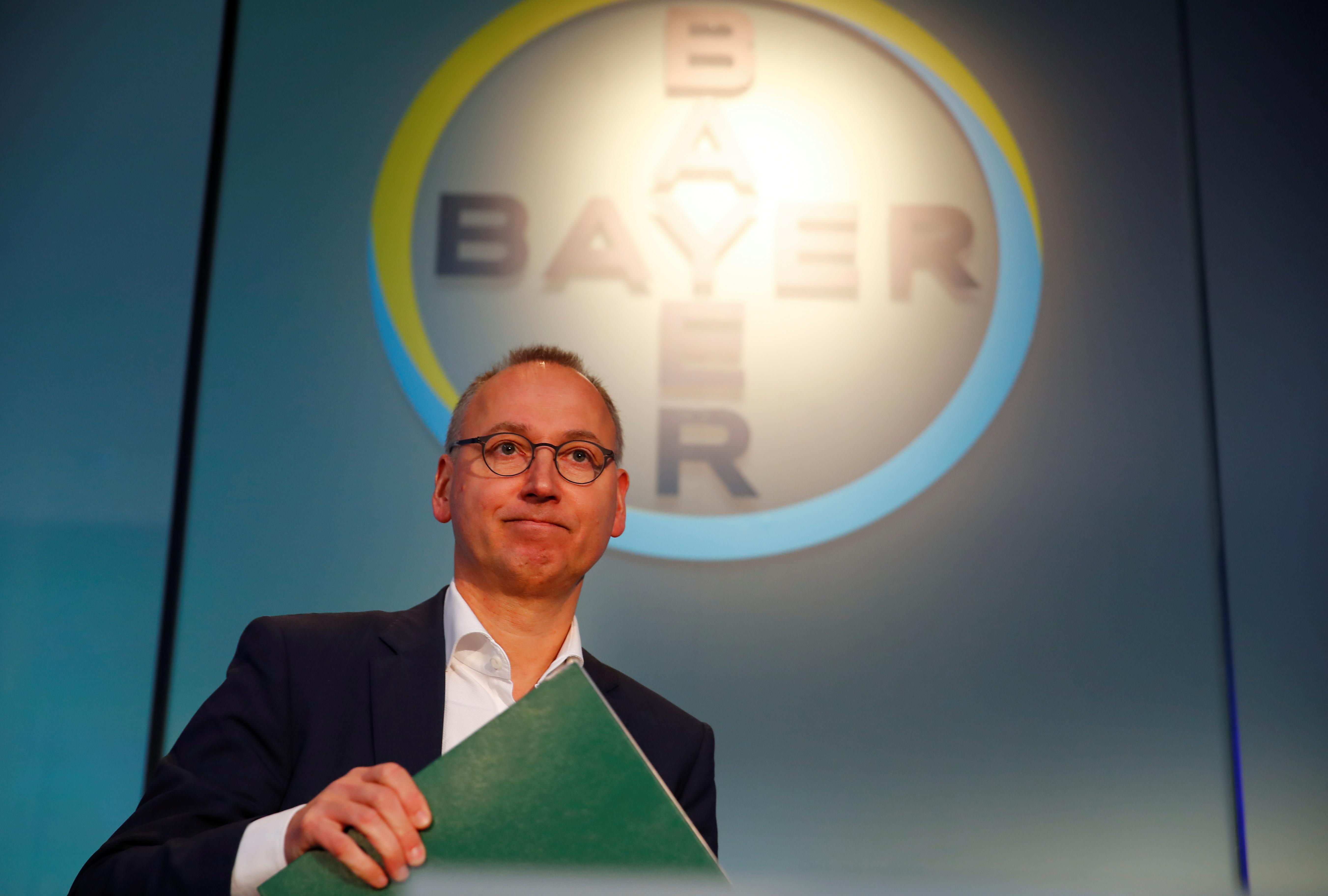 Bayer said after publishing its earnings outlook for 2020 it was in no rush to reach terms with plaintiffs’ lawyers and was less inclined to set aside funds for any deal following recent U.S. decisions in its favor.

Shares in Bayer have shed a quarter of their value since mid-2018 when the company lost the first U.S. lawsuit claiming that glyphosate-based Roundup – acquired via Bayer’s $63 billion takeover of Monsanto that year – causes cancer.

“If we were to submit to the imperative of a deadline we would very likely not achieve the best outcome for our company and our shareholders,” Chief Executive Werner Baumann told a news conference when asked if a settlement before Bayer’s annual investor meeting on April 28 was on the cards.

While media reports have recently raised the prospect of a settlement, Bayer Chief Financial Officer Wolfgang Nickl said recent endorsements underscored its decision not to make financial provisions for a deal beyond legal fees.

In December, the U.S. Justice Department said in a so-called amicus brief that a federal appeals court should reverse a lower court verdict finding Bayer liable in a Californian Roundup case. The U.S. Environmental Protection Agency (EPA) also reaffirmed this year that glyphosate was safe.

“A significant likelihood and a measurability (of future payouts) has to be given and we, and also our auditors, have concluded this is not the case,” Nickl said. “The amicus brief and the EPA decision played a role here.”

Bayer also said on Thursday it was targeting growth in adjusted core profit of 7% to 9.6% this year, driven by sales of agriculture products and pharmaceuticals. That disappointed some who had been hoping for a more ambitious goal and Bayer’s shares underperformed the broader German market on Thursday.

Bayer has denied claims Roundup – or its active ingredient glyphosate – cause cancer, saying decades of independent studies have shown it is safe for human use.

Major regulators, including those overseeing European and U.S pesticide markets, have deemed it safe but the World Health Organization’s International Agency for Research on Cancer (IARC) concluded in 2015 that glyphosate probably causes cancer.

Although Bayer would not be drawn on Thursday on the size of any likely settlement, Nickl said it had plenty of flexibility to fund any deal from future cash flow, 9.3 billion euros in gross proceeds from asset sales and, if necessary, bridge loans.

Nickl also said that based on average analyst predictions of a settlement worth about $10 billion, Bayer would not have to write down the value of the $63 billion Monsanto acquisition.

Bayer said the increase in the number of plaintiffs blaming its glyphosate-based weedkillers for their cancer had slowed somewhat, reaching 48,600 as of Feb. 6. The total more than doubled within three months to reach 42,700 by October 2019.

Shares in Bayer were 3.9% lower at 67.15 euros by 1420 GMT, underperforming the broader German market .GDAXI which was down 3.3% along with other bourses on continued concerns about the fallout from the coronavirus outbreak.

Analysts at brokerage Bryan, Garnier & Co said Bayer’s outlook was not as upbeat as some market participants had hoped, even more so because it had not yet taken into account any impact from coronavirus. 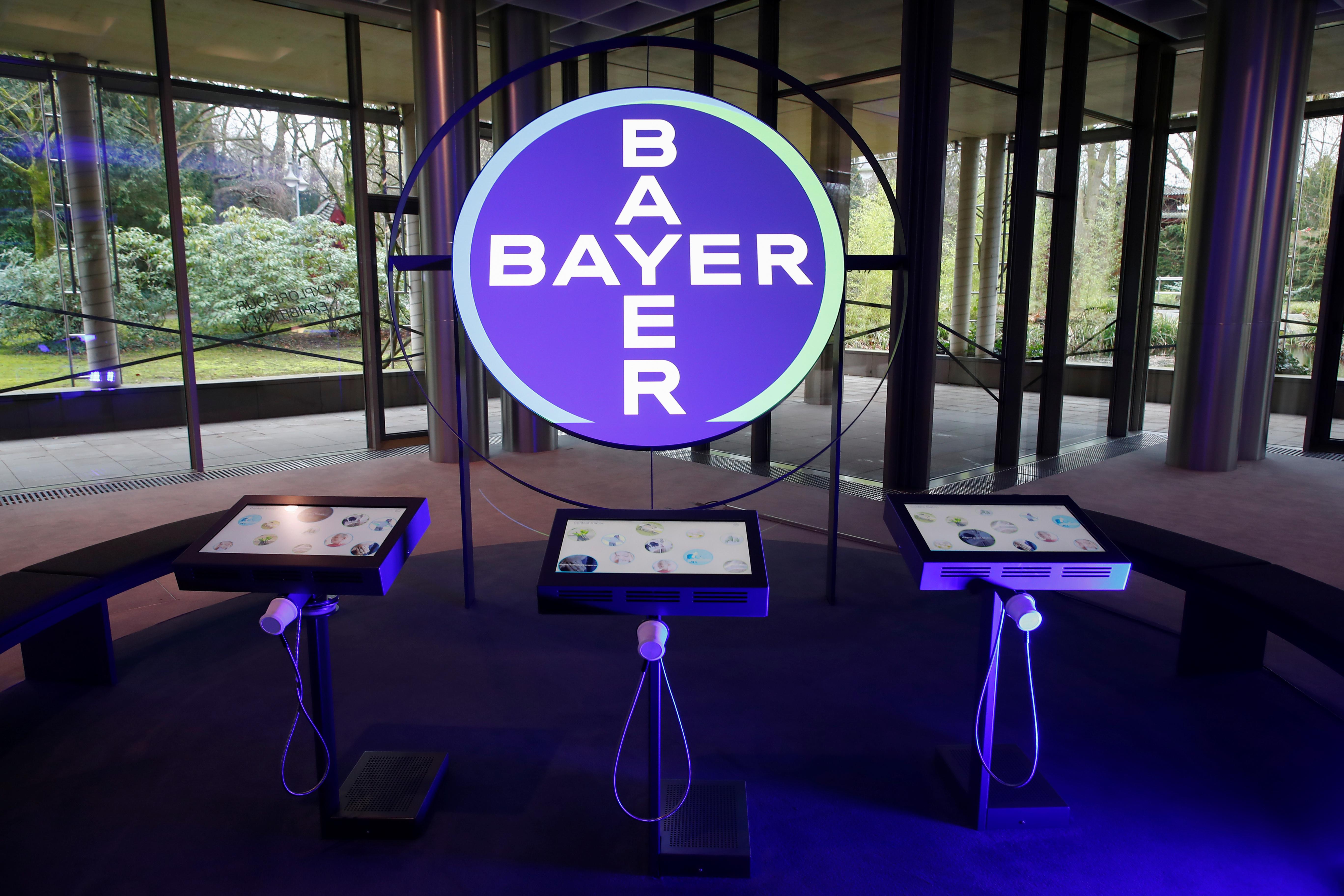 Bayer said it was targeting earnings before interest, taxes, depreciation and amortisation (EBITDA) adjusted for special items and currency swings of 12.3 billion to 12.6 billion euros, up from 11.5 billion euros ($12.5 billion) in 2019.

Analysts had been expecting a target of 12.6 billion euros, based on a consensus posted on the company’s website, or about 12.5 billion according to Refinitiv data.

The company’s fourth-quarter adjusted EBITDA rose 26.4% to 2.48 billion euros, as expected by analysts.