OTTAWA (Reuters) – Canadian authorities on Sunday reached a tentative deal with an indigenous group in the Pacific province of British Columbia that could end solidarity protests across Canada that have been blocking rail lines and roads for weeks. 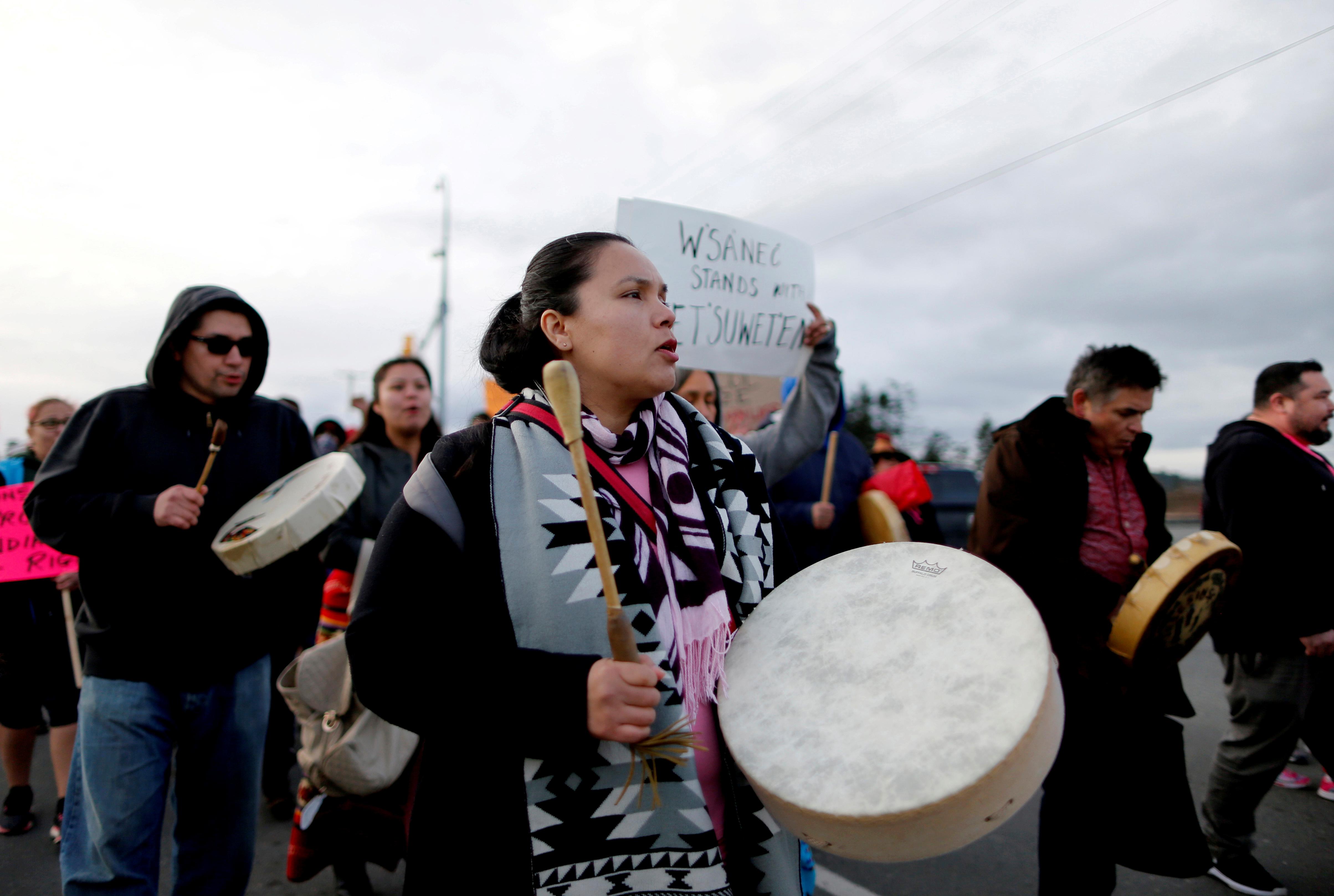 Activists have disrupted passenger and freight traffic to show solidarity with the Wet’suwet’en people, who are seeking to stop TC Energy Corp (TRP.TO) from building a gas pipeline over their land.

The agreement will now be reviewed by the Wet’suwet’en people, British Columbia’s Indigenous Relations Minister Scott Fraser said in a Facebook live stream from the town of Smithers.

The agreement will “create certainty and clarity for the Wet’suwet’en and all British Columbians,” Fraser said, without providing details.

“They are permitted and allowed to go to work,” Fraser said when asked about whether laborers building TC Energy’s GasLink pipeline would be allowed to continue construction.

Carolyn Bennett, the federal minister of crown-indigenous relations, called the agreement a “milestone” in indigenous relations. Bennett declined to reveal any of the deal’s details, saying the Wet’suwet’en people should “see it first”.

Police in the eastern province of Ontario cleared protesters from a major Canadian National Railway Co (CNR.TO) line on Monday, allowing some shipments to resume.

Trudeau, who says improving relations with aboriginal groups is a priority, called for dialogue. But tensions built quickly as the blockades led to railroad layoffs and shortages of goods like propane and as business groups warned of further economic damage.

At least one rail line in Quebec, south of Montreal, remains blocked as some indigenous protesters were holding out.

Transport Minister Marc Garneau said last week that the effects of the disruptions would be felt for weeks and months to come.