The government’s Eat Out to Help Out initiative was used to help pay for almost 11 million meals in its first week, according to the Treasury.

Figures showed HM Revenue & Customs, which is administering discount claims by restaurants, pubs and cafes, had received requests totalling around £50m towards 10.5 million meals so far.

Chancellor Rishi Sunak said the data showed people were supporting the sector, and its two million workers, in “big numbers”. 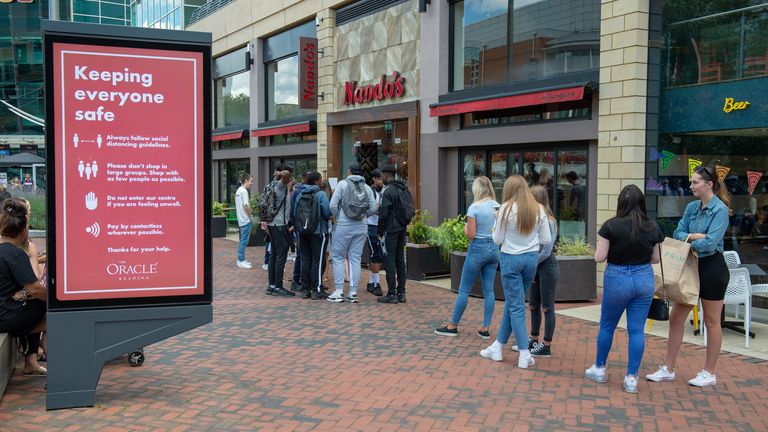 The scheme, aimed at supporting the hospitality industry following the coronavirus crisis lockdown, is operating Monday to Wednesday each week during August.

It offers UK diners a 50% discount – up to a maximum of £10 per person – on food and non-alcoholic drinks at more than 80,000 participating restaurants, cafes and pubs when customers dine-in only.

The discount is later clawed back through claims submitted to HMRC.

Payouts should take no longer than five working days.

There was already evidence of strong demand.

Retail industry figures credited a “boost” from Eat Out to Help Out for a rise of almost 19% on visits to high streets after 6pm between Monday and Wednesday last week, compared to the previous week.

Springboard’s data also showed an increase of almost 10% during lunchtime trade on those days.

Springboard’s report showed shopper numbers across all retail destinations were 3.8% higher last week compared to the week before – continuing a gradual recovery in confidence since lockdown restrictions were eased.