LONDON (Reuters) – World stock markets enjoyed a second day of sharp gains on Tuesday as signs of progress against the coronavirus in both Europe and the United States and more liberal helpings of stimulus kept investors charging back in. 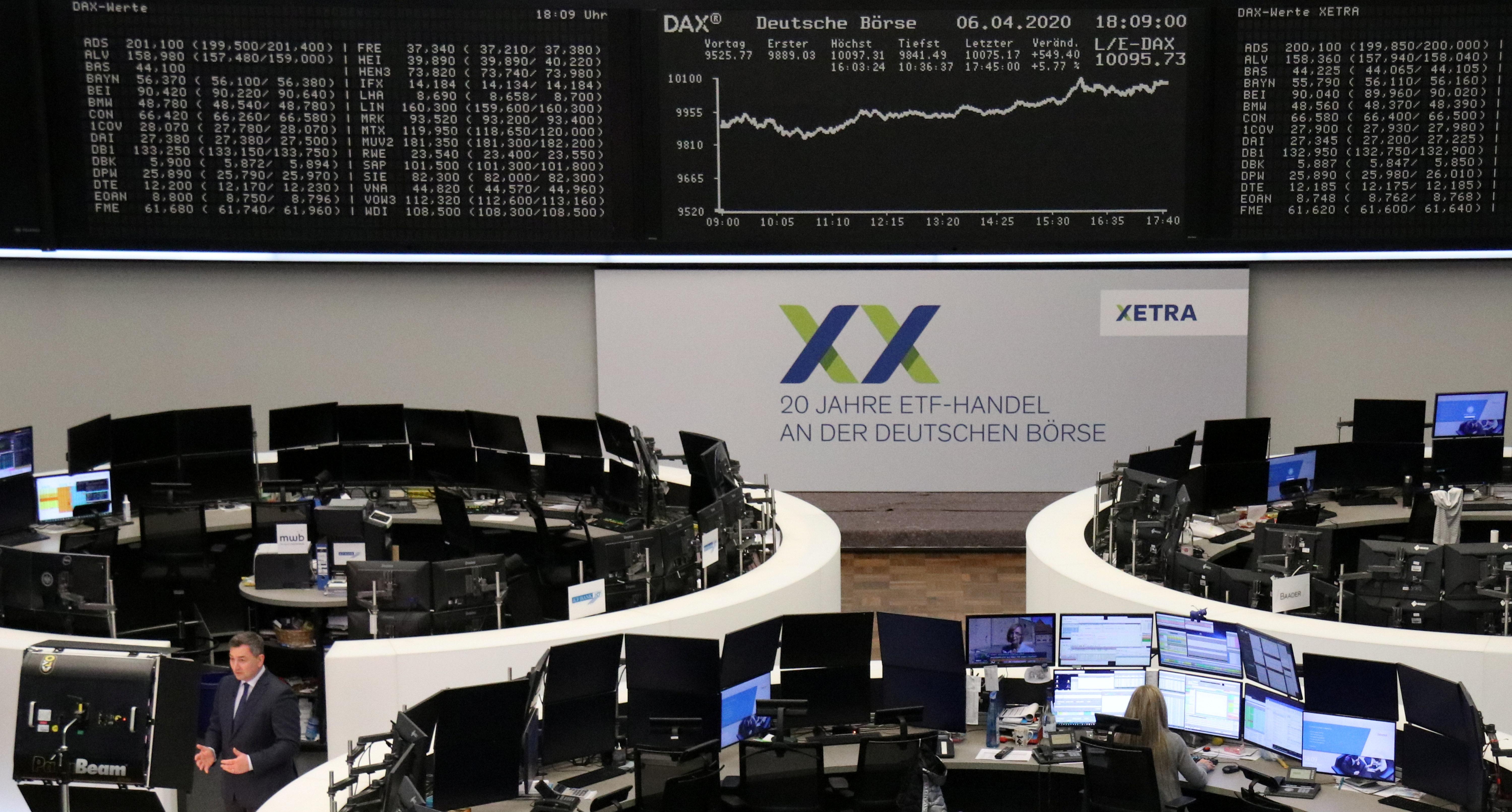 There was an added boost from commodity markets as oil climbed nearly 3% on supply cut hopes, while currency markets also came alive as a tumbling dollar saw the euro race out of a six-session rut of falls.

Equities was were the main action was however. Japan’s Nikkei followed up Wall Street’s 7% surge on Monday [.N] with a 2% jump as its government promised a near $1 trillion stimulus package – equal to a fifth of its GDP.

Europe quickly got in the swing of things too. The pan-European STOXX 600 index climbed over 3% as the respective markets in London, Frankfurt, Paris and Milan all bounded higher.

“We are trying to get clients to understand that (in market performance terms) better times ahead can come more quickly then you expected.”

Worldwide, the virus has infected more than 1.3 million people and killed over 74,000, and though the numbers are still rising in many highly-populated countries, some tentative improvements have given hope.

In hardest-hit Italy and Spain, authorities have started looking ahead to easing lockdowns after steady falls in fatality rates. In the United States too, the daily number of deaths in the country’s worst-affected area, New York, has also shown signs of steadying.

The U.S. dollar, which has been soaking up safe-haven flows for weeks, slipped against most major currencies.

The euro shot up 0.7% to $1.0865 to snap a six-day run of falls, the pound climbed despite Britain’s Prime Minister remaining in intensive care, and the Australian dollar jumped over 1.5% to its highest in a week.

It wasn’t only oil driving commodities markets higher either, copper punched up to a 3-week high with a 3% gain for industrial metals, while safe-haven gold wilted.

Benchmark 10-year U.S. Treasuries and German Bund continued to lose out too. U.S. yields – which move inverse to price – rose to 0.73% having fallen almost 9 basis points on Monday, and Bund yields were up 6-9 basis points across the curve.

The Eurogroup of finance ministers within the single euro zone currency bloc are scheduled to meet later on Tuesday, and analysts expect more joint action to help prop up the economies of member states.

Cyprus, one of the lower-rated countries in the bloc, is marketing a seven-year and 30-year bond issuance. In Asia Indonesia issued a 50-year bond.

“Investors have recently been detecting growing public support for the concept of coronabonds in European Commission and ECB circles,” said DZ Bank analyst Daniel Lenz, adding that German ECB Executive Board member Isabel Schnabel was among those who appeared to voice support.