NEW YORK (Reuters) – As bitcoin investors brace for a long-awaited technical adjustment that will halve new supply of the cryptocurrency, the coronavirus pandemic has cast uncertainty over the expected rally that has historically accompanied such events. 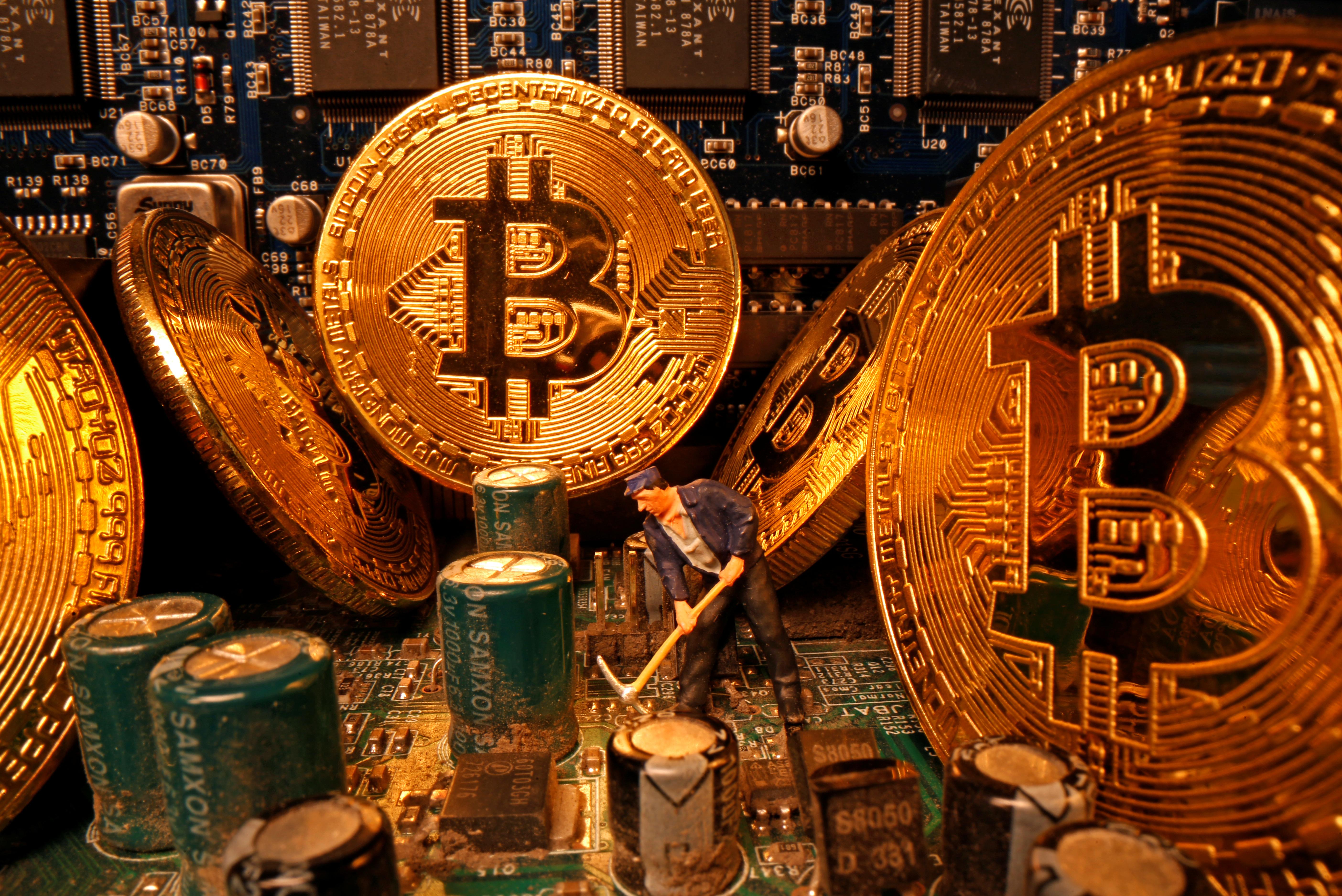 This “halving,” the third in bitcoin’s 11-year history, has been widely flagged. The previous events fueled huge surges in bitcoin’s market value, but there is a wildcard this time in the form of the coronavirus pandemic, some analysts said.

“From an efficient market perspective, any fundamental reaction to the halving should be heavily priced in at this point,” said Matt Weller, global head of market research at GAIN Capital. “After all, it’s hard to imagine a more predictable event than an unalterable supply reduction that has been scheduled for more than a decade in a liquid, heavily-traded … asset.”

Bitcoin relies on “mining” computers that validate blocks of transactions by competing to solve mathematical puzzles every 10 minutes. In return, the first miner to solve the puzzle and clear the transaction is rewarded new bitcoins.

The technology was designed in such a way that it cuts the reward for miners by half after every 210,000 blocks mined or roughly every four years, a move meant to keep a lid on inflation. That reduction in the rate at which new bitcoin enters the system should theoretically push the price up.

The halving could happen as soon as Monday or Tuesday, with most Bitcoin platforms showing that only about 100 blocks needed to be mined before hitting the halving threshold.

The mining reward is currently 12.5 bitcoins per block mined. In this week’s halving, the reward will fall to 6.25 new bitcoins.

In the run-up to this week’s halving, bitcoin had surged nearly 40% since the beginning of the year and climbed more than 85% from its lows. It was last at $8,630 BTC=BTSP, down 14% from last week’s peak.

By comparison, the dollar index =USD is up 3.3% so far this year.

HALF, AND HALF AGAIN

The first halving occurred in November 2012 when the mining reward was reduced from 50 bitcoins to 25, and the second occurred in July 2016 when it was further cut to 12.5 bitcoin. This deflationary event has historically signaled the start of bitcoin’s most dramatic bull runs over a period of several years, although not before a brief sell-off.

“As it will cost the miners almost double to produce bitcoin, they are not willing to sell when the price goes below the psychological level.”

There are only 21 million bitcoins in existence and more than 18 million are already in circulation.

Ryan Watkins, a research analyst at crypto data platform Messari, believes the economic fallout from the coronavirus outbreak could be one major obstacle to bitcoin’s bull run after the “halving”.

Jake Yocom-Piatt, co-founder and project lead at cryptocurrency Decred, however, believes halving will be a positive event for bitcoin and cryptocurrencies, especially in a pandemic.

“A pandemic is very much a deflationary type event. Economic activity is going to take a real nosedive. The ‘halving’ of bitcoin is a necessarily deflationary action,” said Yocom-Piatt, adding that such a scenario would be bullish for cryptocurrencies.

Some analysts said there are signs a major rally may be under way, with retail or individual investors involved.

Bitcoin bulls say the price should go up as supply runs down and assuming demand is steady.

Dan Morehead, co-chief investment officer at investment firm Pantera, said bitcoin could peak at $115,212 based on supply and demand dynamics.

“I realize that price may sound ludicrous to some today. But $5,000 sounded equally ludicrous as our first written price forecast when we launched Pantera Bitcoin Fund at $65 per bitcoin,” Morehead said.