Virgin Atlantic Airways is preparing to cut more than 1,000 jobs within hours of seeing a £1.2bn rescue deal approved, as it contends with a slower-than-expected recovery in international demand for air travel.

Sky News has learnt that the airline founded by Sir Richard Branson in 1984 will announce as soon as Friday that it is to trim its workforce again, less than four months after axing 3,150 roles and announcing the closure of its base at London’s Gatwick Airport.

If confirmed, the latest round of cuts would mean that Virgin Atlantic’s workforce has almost halved from its pre-pandemic level of about 10,000 people.

The precise number of job reductions was unclear on Thursday night, although an aviation industry source said it would be more than 1,000.

The company could opt to retain some of the staff being made redundant in a ‘holding pool’ if passenger demand recovers swiftly, in line with those affected by May’s workforce restructuring.

Virgin Atlantic has been hit by the virtual paralysis in transatlantic travel since the spring, amid desperate pleas to ministers to introduce a comprehensive coronavirus testing regime inside UK airports.

The completion of its rescue deal, which includes a £170m loan from the hedge fund Davidson Kempner Capital Management, provides Virgin Atlantic with sufficient financial breathing space to survive what could be the industry’s toughest year on record.

However, the fact that Shai Weiss, the airline’s chief executive, is extending the scope of its job cuts underlines how savage the coronavirus pandemic has become for international carriers – and how unpredictable it has made planning their future operations.

In the early part of the coronavirus crisis, Virgin Atlantic issued a plea for state support earlier this year, with Sir Richard warning that it would be unlikely to survive without it. 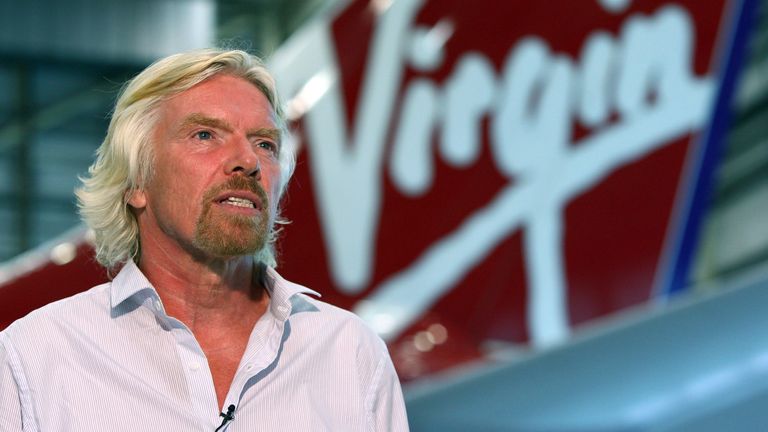 The Treasury’s reluctance to step in led the company to pursue a private sector-only solution which was finally announced in July.

Airlines around the world have scrambled to survive by cutting costs and raising external funding, with Sir Richard’s Virgin Australia falling into insolvency proceedings earlier this year.

This week, United Airlines said it would cut 16,000 jobs when US federal support programmes end next month, while American Airlines has said it plans to make 19,000 workers redundant.

In the UK, British Airways is in the process of slashing more than 10,000 jobs, with easyJet and Ryanair also forced into swathes of redundancies.

In a statement announcing that the UK courts had approved the company’s solvent recapitalisation, a Virgin Atlantic spokesperson said: “Achieving this significant milestone puts Virgin Atlantic in a position to rebuild its balance sheet, restore customer confidence and welcome passengers back to the skies, safely, as soon as they are ready to travel.”

A US court was expected to add its endorsement to the restructuring on Thursday, with creditors having overwhelmingly backed the proposals last month.

In total, the deal is worth £1.2bn, with Sir Richard’s Virgin Group injecting £200m, as well as £400m of shareholder deferrals and waivers.

Other creditors have agreed to defer £450m owed to them, while credit card acquirers including Lloyds Cardnet and American Express are reducing the sums they typically require to hold as collateral.

This week, Virgin Atlantic said it would offer free insurance to its customers for flights operating until the end of March 2021, protecting them against the risk that they become ill with COVID-19.

The offer is designed to aid the restoration of consumer confidence, which has been adversely impacted by the government’s quarantine policy.

Virgin Atlantic declined to comment on the new round of job cuts on Thursday night.