With high eviction rates, substandard properties and shady legal practices, rent-to-own home businesses are one of the darkest corners of the real-estate world. Financially vulnerable people seeking a piece of the American dream often end up swindled for money and property improvements, then booted on to the street.

Divvy Homes, founded three years ago and backed by highflying Silicon Valley investors, has said it aims to change all that.

Instead of offering clients a meager selection of rundown homes to pick from, Divvy allows them to select a property on the open market. The sale price is locked in at the start of the lease, and they can get a discount for buying early. And would-be homeowners are offered services to help them get the mortgage they’ll need, while Divvy holds on to the extra money they put aside each month for a down payment.

Already, some once-wary clients are convinced. “We did some research on it because we were skeptical and worried we might get scammed,” said Nash Alexander, who closed on his home earlier this year.

Now Divvy is entering a crucial year. Its first round of three-year leases will soon expire, and those clients must make buy or back-out decisions. Some customers, like Mr. Nash, have closed on their homes ahead of schedule and see Divvy as making good on its promise of offering a new path to homeownership.

But Divvy is also showing a few of the industry’s familiar warts. Some clients complain of high costs and maintenance problems. In one area, Divvy is as likely to have sold to an outside buyer as to the tenant who picked out the home. And the company has been involved in several dozen eviction cases, although many were eventually resolved or stayed because of eviction moratoriums put in place as a result of the coronavirus pandemic.

The pains and the progress Divvy has made are typified by the experiences of two educators in two cities.

Mr. Alexander, a teacher in Atlanta, couldn’t be happier. He and his wife, Pam, closed on their home 15 months ahead of schedule, for $172,000. Heavy spending in recent years meant they needed more time to assemble a down payment, and by buying early in their lease they netted a $10,000 discount.

“We went in with the expectation that we would not be leasing from them for the full three years,” he said.

But Thomas Weaver, a private-school teacher who lives in the Cleveland suburb of South Euclid and filed for bankruptcy in 2017, has nothing but complaints: The $1,430 monthly payment is far too high, the company dragged its feet and cheaped out on problems with leaks and mice, and the entire experience wasn’t worth the hassle, even if he will get back much of the money he put toward the purchase.

“We are going to pay about $55,000 in rent over three years,” Mr. Weaver said. In walking away from the home, he added, “we don’t get anything to show for that,” he said.

Since it was founded in 2017, Divvy has earned acclaim as a member of a vanguard of companies aimed at people who have been cut out of traditional lending. With the backing of investors like the Silicon Valley venture capital firms Andreessen Horowitz and Caffeinated Capital, as well as a Singaporean sovereign wealth fund, Divvy has grown rapidly, now renting more than 1,500 homes in nine markets, including Atlanta, Cleveland, Cincinnati, Memphis and Phoenix. The company hopes to convert about half its renters into homeowners by the time its first round of leases expires.

Frank Ford, a senior policy adviser with the Western Reserve Land Conservancy who has focused on housing issues in the Cleveland area, said that would be a considerable accomplishment, since Divvy’s clients often lack good credit histories. And, Mr. Ford said, Divvy has “avoided the worst abuses” of an industry that has grown in popularity since the 2008 financial crisis. 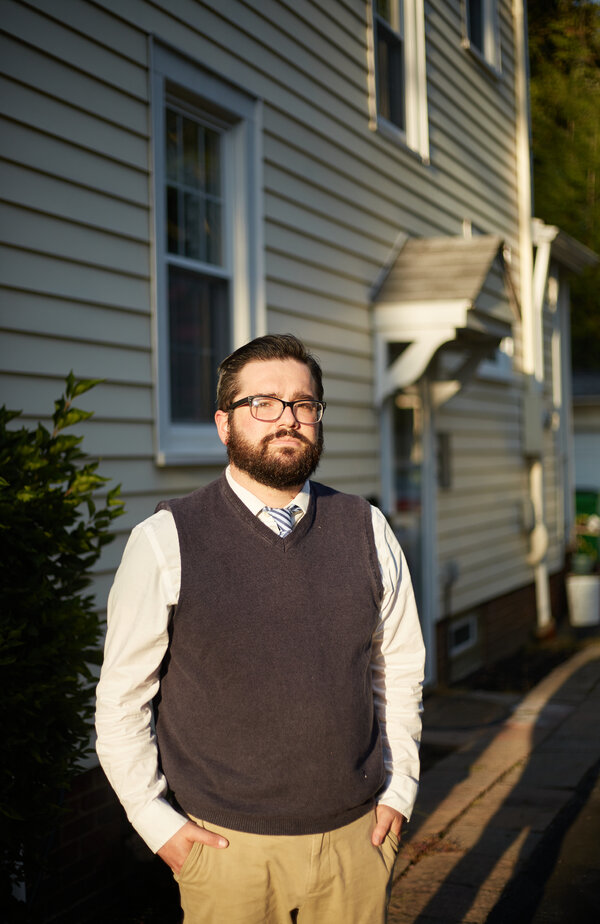 Rent-to-own firms fill a niche in lower-income communities, where so-called small dollar mortgages are hard to come by. But they often market rundown homes picked up on the cheap, and the worst firms — some of which have been fined and sanctioned by state attorneys general — are quick to evict renters and reap the benefits of improvements made by hopeful clients.

Divvy has portrayed itself as the good guy in an industry one of the company’s founders, Adena Hefets, acknowledged has “a terrible reputation.”

And the economic destruction of the pandemic is driving demand up, she said.

“I thought it would be the end of the world,” said Ms. Hefets, 33, who expected housing prices to drop and mass foreclosures that haven’t materialized. “Right now, we are doing more volume than we’ve ever done. It’s been crazy.”

Ms. Hefets, who is also Divvy’s chief executive, said the company is essentially a “savings mechanism” for its clients. They pay above-market rent, with the premium going toward maintenance costs and an eventual down payment. If the renter does buy the property, Divvy pockets a profit on the sale on top of the rent it collected. If the renter decides not to buy — or still can’t qualify for a mortgage — Divvy returns the extra cash the renter paid toward equity, minus a “surrender fee” of 2 percent of the original purchase price.

For renters like Janese Scott, the higher payments are motivation. Ms. Scott, 27, bought for her house in Lithonia, Ga., for $133,000 in June, just five months after she started making monthly rent payments. Those payments were $1,520: $1,220 for rent and maintenance, and $300 toward equity.

“Financially, it doesn’t make that much sense to be paying so much,” said Ms. Scott, a Verizon sales executive with a 6-year-old daughter. Her new monthly payment — a mortgage at 2.75 percent, plus costs for insurance — is only $895.

But Divvy hasn’t always lived up to the expectations of renters, and at least one local official, even though it charges clients extra for upkeep.

Divvy allowed a renter to move into one Ohio home without first correcting a half-dozen property code violations, said Sally Martin, South Euclid’s housing director. Problems with wiring in the basement and drainage and ventilation in a bathroom have taken a year to sort out, she said. A final inspection is scheduled for next month.

“Divvy, by their own admission, did not do well on this transaction and is behind the eight ball when it comes to getting this up to code,” Ms. Martin said in an email. She said Divvy’s decision to buy a house in need of substantial work appeared to be at odds with the company’s business model — which “only works if the house is in good condition.”

Ms. Hefets, the Divvy chief executive, said the company ensures the safety and habitability of the property and allows tenants to pick out a home only within a price range it believes they can afford. It takes other steps to help clients, too, she said, including paying for credit counseling and reporting only on-time rent payments to credit bureaus to help bolster renters’ credit scores.

Divvy’s willingness to help, Ms. Hefets said, has grown during the pandemic. “We monitor our customers’ ability to pay, and try to support them through rental assistance programs, being flexible on scheduling, and trying to reduce rent obligations where we can,” she said.

But the company’s largess extends only so far. Before various moratoriums took effect across the country, Divvy had initiated dozens of eviction actions. Ms. Hefets said the company had little choice after tenants did not respond to notices.

“Our goal is to have as few evictions as possible,” she said.

The company can take unpaid rent out of the tenant’s accumulated equity, but it does not impose any additional penalties if an eviction takes place, Ms. Hefets said.

“Our intentions are to be fair and help customers move on where this isn’t a good fit,” she said.

The company declined to say how many homes it had sold to clients or how many customers it had evicted, but not every renter reaches the end of his lease, whether by choice or not.

The company has bought about 200 homes in the Cleveland area. It had resold 16 as of the end of September, but almost half went to buyers who were not previously renting the houses, according to interviews with several buyers and a review of local property records. That’s very likely an indication that the renters decided to not buy the home, or were evicted.

The fates of the renters who reach the end of their leases in the coming year will provide a test of whether Divvy really has come up with a consumer-friendly alternative to traditional home buying. And Mr. Ford, of the Western Reserve Land Conservancy, said the company’s good intentions would ultimately be at the mercy of its business savvy.

“It is almost like they are attempting to fulfill a not-for-profit mission through a for-profit business,” he said.