LEFT BANK STYLE: Chanel is launching a new advertising campaign for its signature 11.12 bag featuring models and friends of the house, including budding actress Zoé Adjani, the niece of Isabelle Adjani.

Toting versions of the 11.12 in different colors and sizes, they pose in locations including the empty terrace of the Café de Flore, closed since October due to ongoing restrictions designed to limit the spread of COVID-19. Inez & Vinoodh recently shot the film for Chanel’s fall collection in the same area, at the famed nightclub Castel.

Commonly known as the Classic Flap bag, the 11.12 is a reinterpretation of the 2.55 bag launched by founder Gabrielle “Coco” Chanel in 1955. It crested in popularity under the house’s late creative director Karl Lagerfeld after he took over in the 1980s.

Finally, the 2.55 is made from aged calfskin, while the 11.12 is available either in a smooth lambskin leather, of the type usually used by glove-makers, or a grained calfskin known as “caviar,” in addition to other materials drawn from Chanel’s ready-to-wear collections, such as jersey, tweed, velvet, silk and denim. 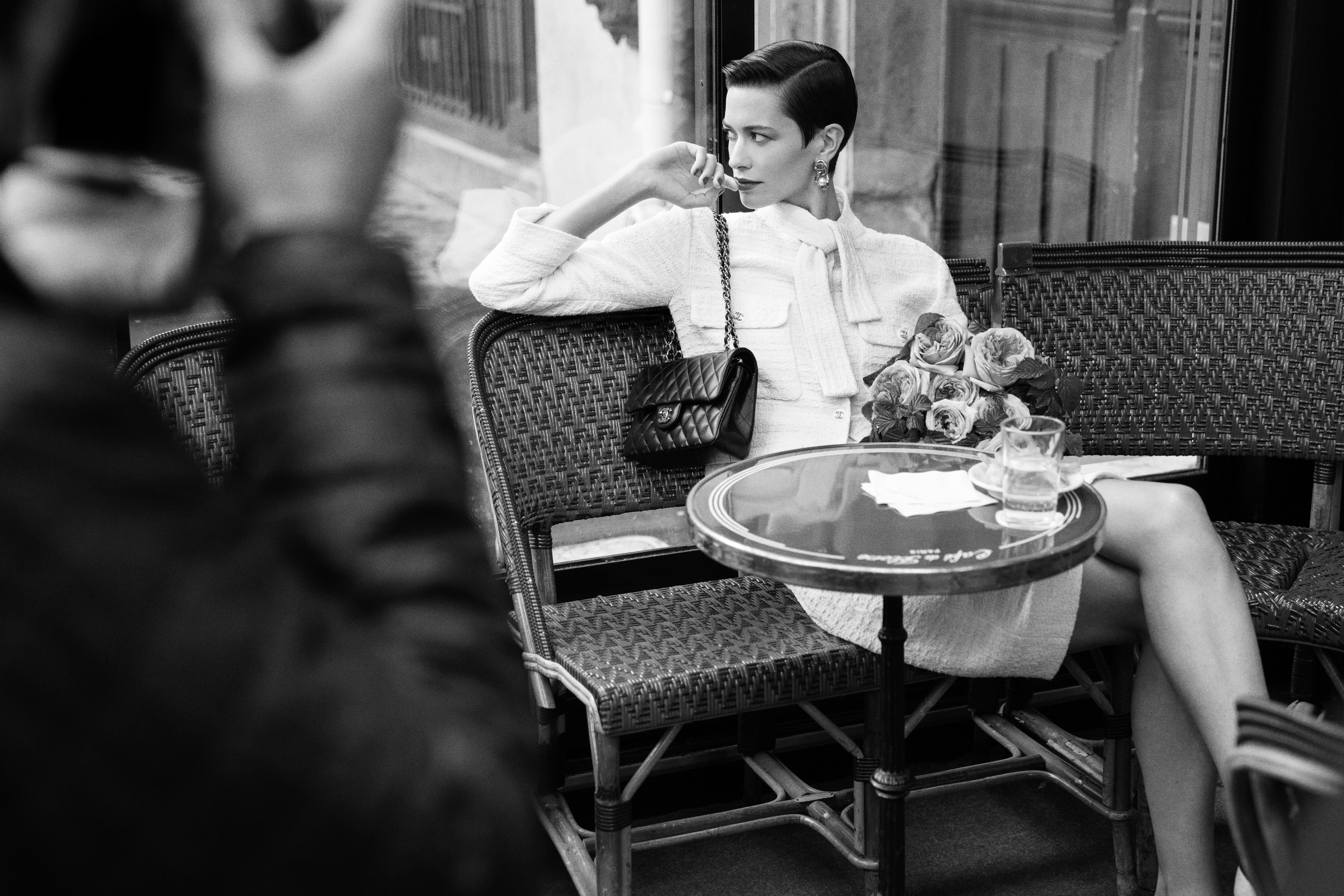 Louise de Chevigny during the making of “The Chanel Iconic” ad campaign. Inez van Lamsweerde and Vinoodh Matadin/Courtesy of Chanel

“It is a truly timeless bag, which remains as modern and chic as ever,” de Chevigny said in a statement. “My mother used to have one, and when I was younger I would steal it from her. At first to play with and then when I started going to parties, it was a source of pride.”