FRANKFURT (Reuters) – ECB President Christine Lagarde overruled objections from Germany and the Netherlands to adopt a historic “no-limits” commitment to shore up the region’s economy in the face of the coronavirus meltdown, three sources told Reuters. 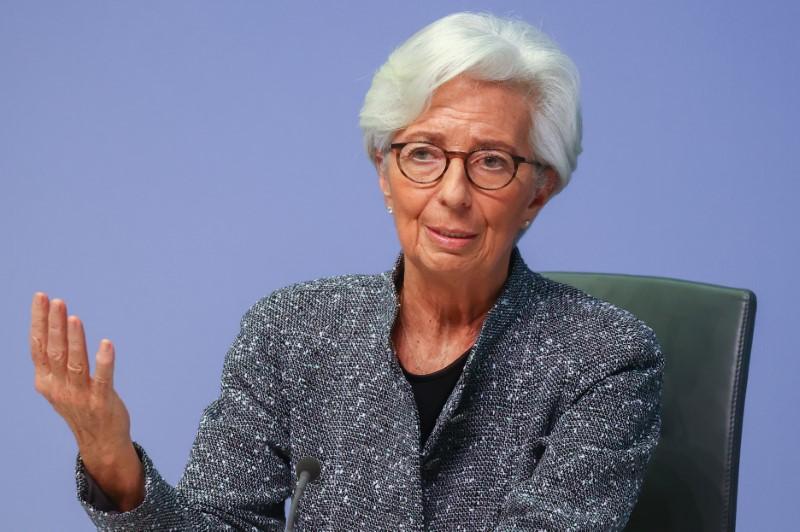 The European Central Bank’s 750-billion-euro bond buying program, agreed at an emergency meeting late on Wednesday, came with a pledge to remove self-imposed “constraints” if necessary – a reference to a cap on owning more than a third of one country’s bond.

This means the stimulus could be deployed wherever it is needed most, meaning the euro zone’s central bank can ramp up purchases of bonds from Italy, easing the country’s economic plight as it suffers Europe’s worst outbreak of the virus.

However the decision, which calmed bond markets, faced resistance from a handful of policymakers on the conference call of the ECB’s Governing Council, which includes the central bank governors from all 19 euro zone members, according to the sources who have direct knowledge of the matter.

The objectors included the governors from Germany and the Netherlands, which have traditionally opposed quantitative easing. This minority, described by one source as the “Weimar people” with reference to the 1920s hyperinflation that haunts some minds in Germany, have long feared the ECB would turn into the de facto financier of euro zone governments.

The ECB, Germany’s Bundesbank and the Dutch De Nederlandsche Bank all declined to comment.

Despite their objections to raising the limits, even the German and Dutch governors agreed on the call that the ECB needed to act decisively to shore up the economy and financial markets, said the sources, who asked not to be named because the matter is confidential.

Lagarde said she saw a clear majority and approved the plans, the sources added. This is usual practice, as the council does not usually take votes.

The ECB president was under pressure to reassure investors after spooking bond markets with a seemingly off-the-cuff remark last week that it was not the central bank’s job to help “close spreads”. Panic-selling pushed 10-year Italian yields above 3% briefly on Wednesday, raising concerns about the sustainability of its debt.

The ECB’s announcement of its plans for a bond-buying spree seem to have comforted markets with the Italian 10-year yield falling to 1.85% on Thursday.

The move to sidestep self-imposed constraints will allow the ECB to cross the looming “issuer limit” in Germany and some other smaller countries if needed, removing a key hurdle to the continuation of its asset purchases, which are set to hit roughly 3.7 trillion euros by the end of this year.

Investors had been fearing that indebted countries like Italy would struggle to summon the financial resources needed to fight the coronavirus outbreak and its economic fallout.

The sources added that there was no objection to including Greece government bonds in asset purchases for the first time as the current difficulties were not particular to Greek policy so keeping them out would essentially punish the country.

Some ECB policymakers expressed support for the notion of a “coronabond” issued by the European Stability Mechanism, the euro zone’s bailout fund, to finance a common response to the virus at the euro zone level, on of the sources said.

But it was agreed that this decision was for governments, not the ECB, to make, the person added.

Policymakers did not consider launching unlimited purchases, also known as Outright Monetary Transactions (OMTs), a notion that was floated in Brussels earlier this week, the sources said.

However, they did debate the relative merit of OMTs, which were designed in 2012 to help countries that request financial assistance, only to conclude that they would not suit the current predicament.