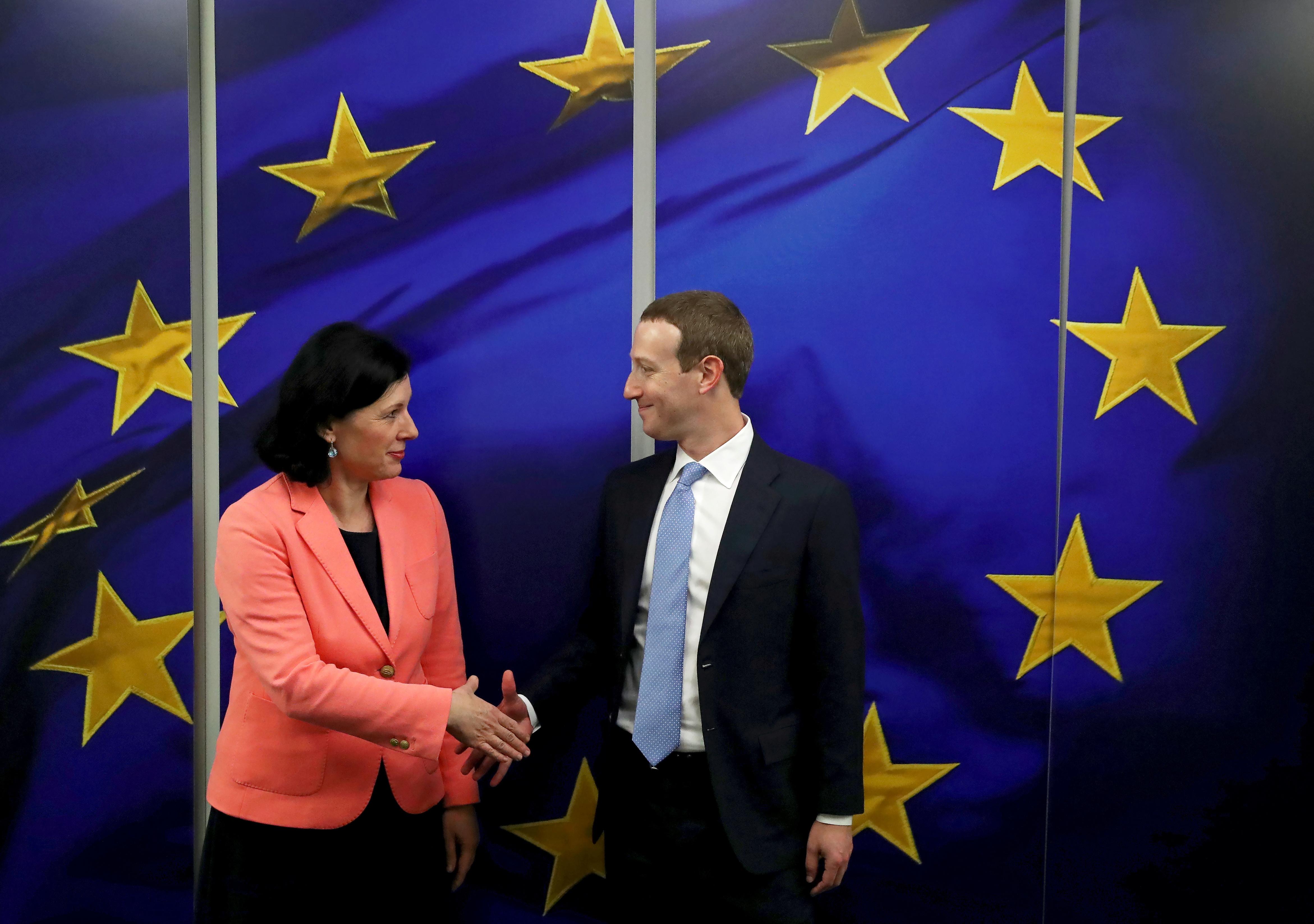 BRUSSELS (Reuters) – Facebook warned of threats to innovation and freedom of expression on Monday, ahead of the release of a raft of rules by the European Union this week and in coming months to rein in U.S. tech giants and Chinese companies.

The social media giant laid out its concerns in a white paper, and Chief Executive Mark Zuckerberg was expected to reiterate the message to EU antitrust chief Margrethe Vestager and EU industry chief Thierry Breton in Brussels on Monday.

Referring to the possibility that the EU may hold internet companies responsible for hate speech and other illegal speech published on their platforms, Facebook said this ignores the nature of the internet.

“Such liability would stifle innovation as well as individuals’ freedom of expression,” it said in the white paper.

It suggested new frameworks that should be proportionate and necessary.

Vestager and Breton will announce proposals on Wednesday aimed at exploiting the bloc’s treasure trove of industrial data and challenging the dominance of Facebook, Google and Amazon.

They will also propose rules to govern the use of artificial intelligence especially in high risk sectors such as healthcare and transport.