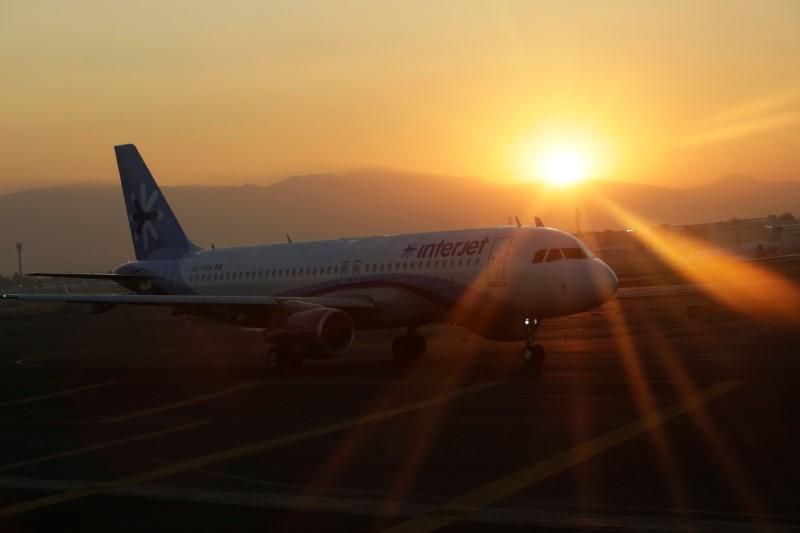 MEXICO CITY (Reuters) – Mexico’s Interjet airline will begin restarting national and international routes in July, the company said on Sunday, as airlines across the world pin their hopes on recovering demand as some coronavirus pandemic restrictions on travel ease.

The budget airline also said in a statement that despite undergoing a “deep restructuring” it has been able to maintain its 6,000-strong workforce thanks in part to unspecified support for its workers’ union.

Since March, lockdowns have kept legions of would-be travelers at home, which have starved airlines of cash and led to bankruptcy filings for carriers including Chile-based LATAM and Colombia’s Avianca.

Mexico’s tourism industry has been especially hard hit by the fallout from the pandemic.

Interjet said in its statement that it had already begun restarting some routes from June 16.

It said in July it plans to restart routes to seven domestic destinations from its hub in Mexico City, including the second and third biggest cities, Guadalajara and Monterrey, respectively, as well as Cancun beach resort.

International service to Dallas and Houston will also restart in July, and routes to Los Angeles and Chicago in August.

“This will continue in a gradual way,” the company’s statement said, adding that reopening national routes will be first priority and re-launching international flights will depend on each country’s reopening rules.