MILAN — Italian luxury retailer Modes is expanding its business in the world of kids’ wear.

The company, which broke into the category five years ago with the opening of a dedicated store in its native Trapani in Sicily, this week unveiled its first MiniModes flagship in Milan. The company already operates a men’s and women’s store in the Italian fashion capital, located in central Piazza Risorgimento.

Following on from the opening in April of another store dedicated to kids’ wear in Tuscany’s high-end sea resort Forte dei Marmi, the new Milan shop covers a surface of 2,045 square feet on Via Fiori Chiari, in the heart of the city’s Brera district, on a street that, according to Modes founder and chief executive officer Aldo Carpinteri, before the COVID-19 emergency had foot traffic averaging 70,000 people a week.

“The MiniModes format is a natural evolution of our business model that has been developed to be replicable, scalable and financially sustainable,” said Carpinteri. “According to the business plan we conceived with PwC, we open stores that are not just beautiful and sophisticated, but that immediately break even since they live 24 hours a day, seven days a week on our online platform.”

Modes’ omnichannel approach integrates its physical and online stores and has been developed not only for the Modes stores in Italy and Switzerland, but also for the Balenciaga, Jil Sander, Burberry and Alexander McQueen boutiques the company operates via concessions. 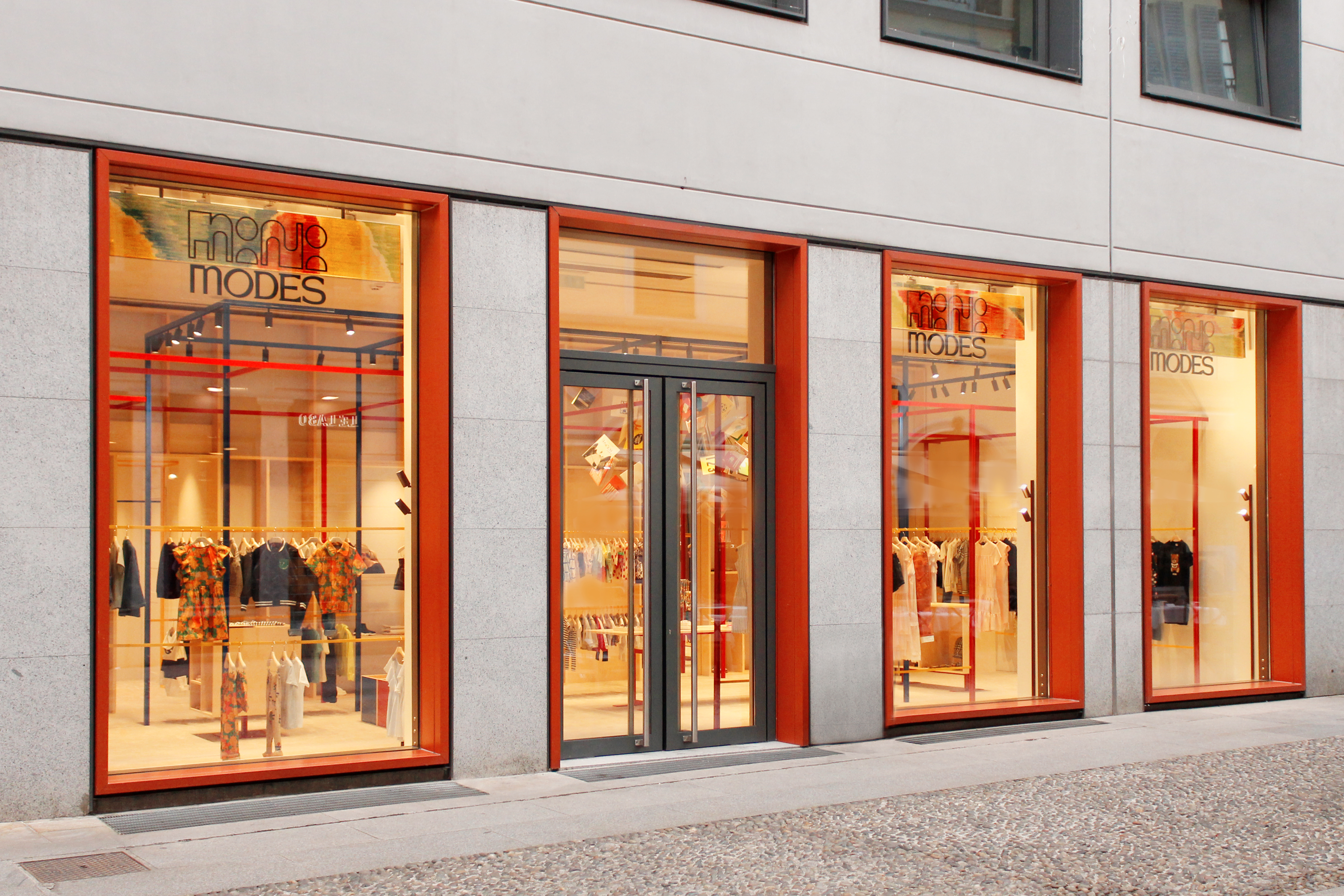 The MiniModes project, which features a dedicated playful logo inspired by building blocks rendered as vibrant childlike drawings, is expressed in the new Milan store that is an evolution of the concept showcased in the Trapani and Forte dei Marmi kids shops. The space is dominated by colorful metallic structures which, inspired by Mondrian’s artworks, add a geometric look to the space.

The store carries more than 50 brands, including Bobo Choses, Mini Rodini, Il Gufo and Bonpoint, as well as Balenciaga, Burberry, Marni, Comme des Garçons, Off-White, Stone Island, Moncler and The North Face. It opens with a charming installation, named “Forest of Books,” realized in collaboration with the Mantua-based publishing company Corraini Edizioni. In addition, the shop, as in Modes’ men’s and women’s units, will host a series of events. The first kicks off with Italian swimwear brand Oseree.

According to Carpinteri, the MiniModes retail project will further expand with the opening in November of a shop in the Swiss ski resort St. Moritz, where there already is a 4,306-square-foot Modes unit.

The company in July will also unveil its revamped online sales platform, which Carpinteri explained “will be a reflection of our physical stores and not just a catalogue of products.” At the same time, Modes will continue to expand its network of brick-and-mortar boutiques in Italy’s most prestigious locations.

Modes, which in 2020 acquired retailer Donne with a women’s store in Cagliari, on May 8 opened a men’s store in the Sardinian city, where in a chic space with industrial details the company showcases a range of brands, such as Raf Simons, Jil Sander, Balenciaga, Saint Laurent, Comme des Garçons, Stüssy, Needles and Jacquemus. “In the first 10 days, we already registered great performances,” said Carpinteri. 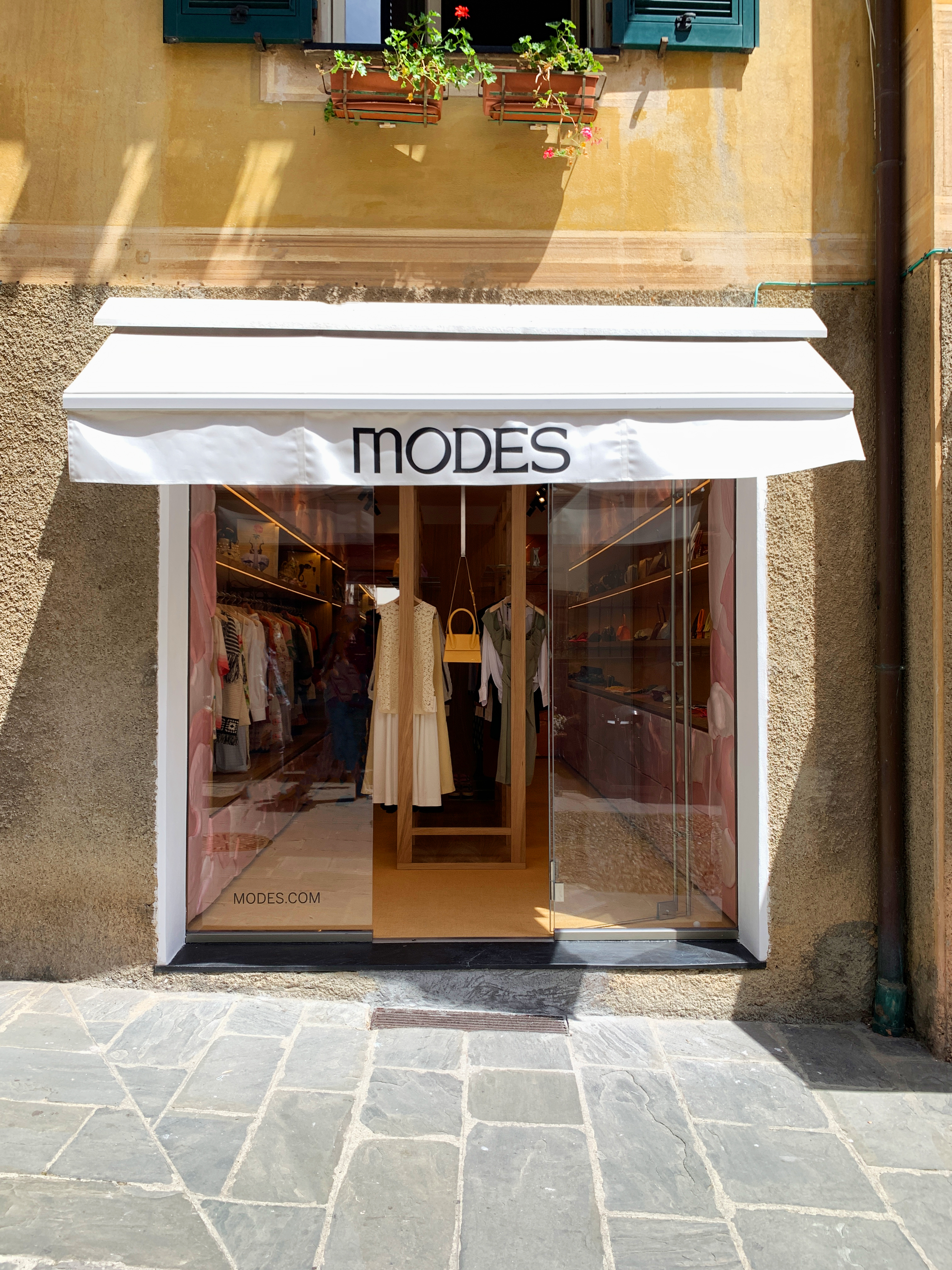 On May 24, Modes will reopen its seasonal shop at the Forte Village resort in Sardinia, where Louis Vuitton will also debut a seasonal boutique this year, while on June 1, the Italian company will inaugurate a three-story store at Porto Cervo’s Promenade du Port. Modes already operates a Balenciaga boutique there.

At the same time, the company has increased its presence in Portofino, where Modes already operated a men’s store and a Balenciaga shop. The retailer earlier this month opened a women’s unit, where established brands including Jil Sander, Dries Van Noten and Maison Margiela are mixed with emerging ones, such as Cecilie Bahnsen, Marine Serre and Cormio.

Among the projects in Modes’ pipeline, as reported, is the opening in September of a flagship in Paris, on Avenue Montaigne at the corner with Rue François 1er. The store will be designed by Berlin-based architecture studio Gonzalez Haase AAS, which has delivered retail projects for high-end brands including Balenciaga as well as the recently renovated Deutsche Guggenheim museum.