A standoff over further federal aid and concern over the pandemic’s duration are pushing companies to eliminate jobs. 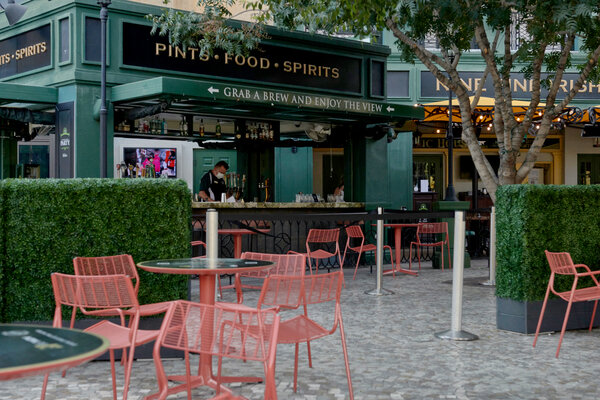 The American economy is being buffeted by a fresh round of corporate layoffs, signaling new anxiety about the course of the coronavirus pandemic and uncertainty about further legislative relief.

Companies including Disney, the insurance giant Allstate and two major airlines announced plans to fire or furlough more than 60,000 workers in recent days, and more cuts are expected without a new federal aid package to stimulate the economy.

With the election a month away, an agreement has proved elusive. Last-ditch negotiations between the White House and congressional Democrats were continuing Thursday, and Nancy Pelosi, the House speaker, did not rule out an agreement with Treasury Secretary Steven Mnuchin.

Democrats are pushing a $2.2 trillion proposal, while the White House has floated a $1.6 trillion plan.

After business shutdowns in the early spring threw 22 million people out of work, the economy rebounded in May and June with the help of stimulus money and rock-bottom interest rates. But the loss of momentum since then, coupled with fears of a second wave of coronavirus cases this fall, has left many experts uneasy about the months ahead.

“The layoffs are an additional headwind in an already weak labor market,” said Rubeela Farooqi, chief U.S. economist for High Frequency Economics. “As long as the virus isn’t contained, this is going to be an ongoing phenomenon.”

The concern has grown as measures that helped the economy weather the initial contraction have wound down. The expiration of a $600-a-week federal supplement to unemployment benefits was followed by a 2.7 percent drop in personal income in August, the Commerce Department said Thursday.

In a separate report, the Labor Department said 787,000 people filed new applications for state jobless benefits last week. The total, not adjusted for seasonal variations, was a slight decline from the previous week, but continued to reflect the highest level of claims in decades.

The most recent layoffs are not included in that figure, nor will they be reflected in September data to be released by the department on Friday, the last monthly reading on the labor market before the election. The report is expected to show a continuing slowdown in hiring, with barely half of the spring’s job losses recovered, although there is more uncertainty than usual around the estimates.

“This doesn’t bode well for the economy,” said Gregory Daco, chief U.S. economist at Oxford Economics. “When you combine the layoffs with fiscal aid drying up, it points to very soft momentum in the final quarter of the year.”