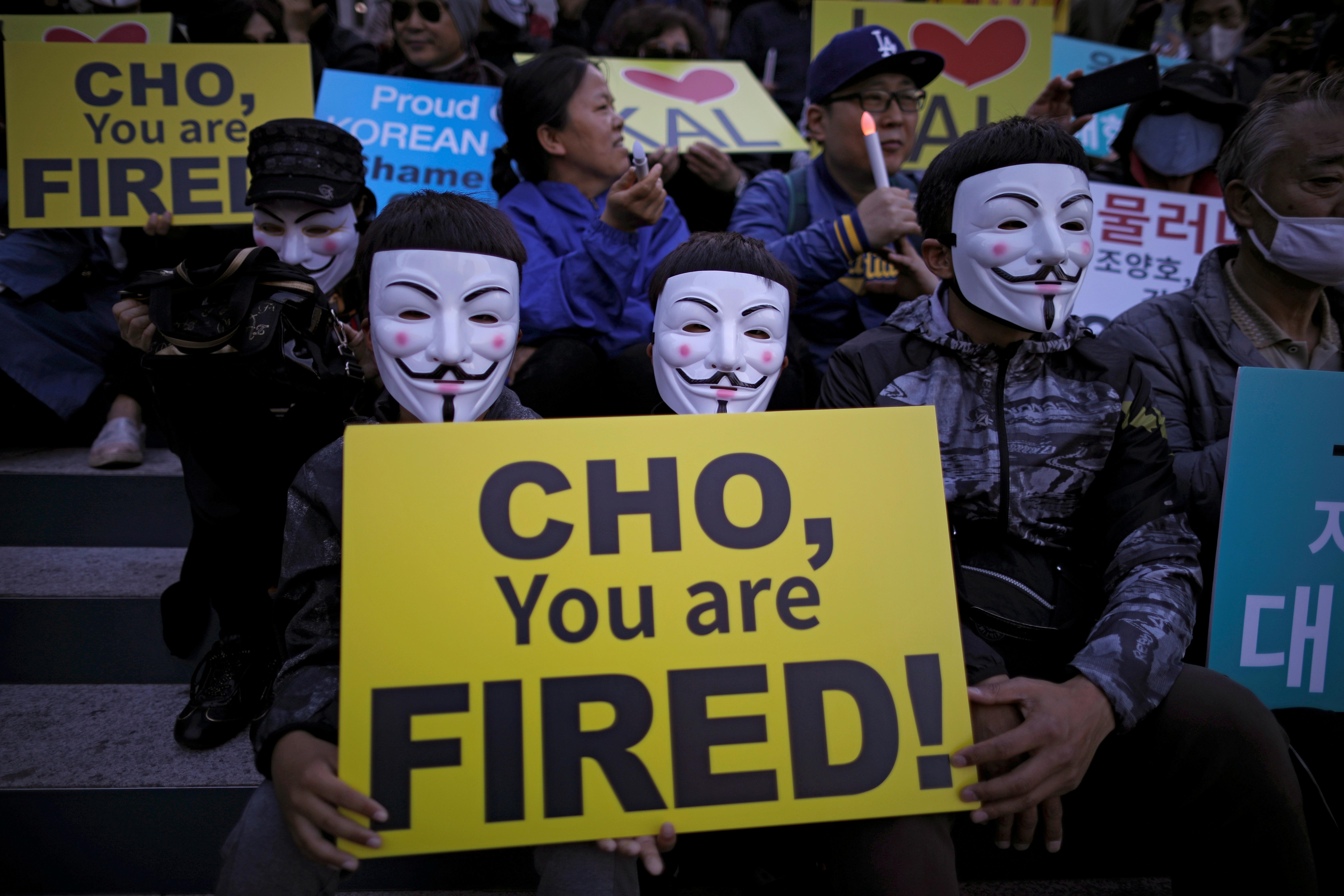 “I didn’t meet her initially because I didn’t take it seriously when she said she was ready to give up everything,” Kang Sung-boo, who runs the $380-million fund that is pushing for board and management overhaul at the airline, told Reuters.

“I didn’t trust her until she agreed to take her hands off management.”

Heather Cho’s legal counsel did not comment on Kang’s recount of their discussions.

Hanjin said Cho, in light of “his clear vision, managing capability and global network,” was better suited for longer-term investment than professional managers.

Heather Cho is known for the ‘nut rage’ incident in 2014, after she forced a Korean Air plane to return to the gate because she did not like the way she was served nuts.

A win by the 47-year-old activist investor will be a watershed moment in South Korea’s 67-year post-war corporate history which has been led by family-owned chaebol and spawned global industrial powerhouses such as Samsung and Hyundai.

It will make Korean Air the first top chaebol group to shake off the grip of its founding family, as many conglomerates transition to the third generation of their founding fathers.

Kang’s fund, KCGI, and his backers, including Heather, have mustered roughly 37% of the voting rights of Hanjin and seek to replace Walter Cho with mobile industry veteran Kim Shin-bae as a new board member to press restructuring of Korean Air.

Walter Cho, seen backed by other family members and Delta Air Lines Inc (DAL.N), commands about 40% of the voting rights.

The proxy fight would also be a major distraction for the loss-making airline which warned this month that the virus outbreak could threaten its survival, after it scrapped more than 80% of its capacity and ordered cabin crew on leave.

With limited success in South Korea for activist shareholder campaigns by the likes of Elliott, Kang did not initially think of replacing Walter Cho, whose family, including Heather, controls about 33% of Hanjin.

“We were simply hoping to prod Korean Air to cut debt and stop investing in unprofitable businesses,” he said, adding that his proposed restructuring offers the carrier huge upside potential, given its solid core earnings power.

The homegrown activist fund took a stake of just 9% in Hanjin in 2018, enough to ruffle its feathers.

“They refused twice to meet us, effectively saying we were just one of ten thousand shareholders with whom they can’t meet individually. That really disappointed me.”

Events, however, took a dramatic turn after the family patriarch died last April, sparking a feud among the siblings over how best to manage the group that escalated into a proxy battle.

“My campaign will be a catalyst for a more transparent and fair governance system. This is a good signal for foreign investors,” he said, adding poor corporate governance has kept Korean stocks trading at a sharp discount.

Investor scrutiny of Korea’s family groups has grown since a 2017 corruption scandal involving South Korea’s ex-president and Samsung chief and as succession looms for the third generation of founding families.

“The third generation is taking over, but their abilities aren’t proven, so the process of finding the most suitable CEO has become more transparent,” said Lee Chang-min, a Hanyang University management professor, calling the proxy fight “a turning point.”

Kang said Walter, Hanjin CEO since 2014 and Korean Air CEO since 2016, should take responsibility for the airline’s debt-to-equity ratio of more than 800% – one of the highest among airlines – which he blamed on decisions such as a takeover of doomed Hanjin Shipping in 2014 and aggressive fleet expansion.

“Both the brother and sister are not good managers,” he said. Heather was briefly jailed in 2015 over the nut rage incident.

Family-controlled conglomerates often lack checks by outside board directors, who “may just say yes to the family,” said Jamie Allen, secretary-general of the Asian Corporate Governance Association.

“This is why we’re interested in the work being done by KCGI, because it’s been pushing for board improvements.”

But the fate of Kang’s bid remains uncertain, as both sides compete to build up stakes and doubts persist over the viability of the overhaul.

One of Korean Air’s employee unions said professional managers proposed by KCGI were no more than “ceremonial figures”, and criticized Heather for joining hands with a speculative fund.

“It is like sleeping with the enemy. They have formed an alliance against a common foe,” said Park Sang-in, a professor and chaebol reformist. “(Heather) Cho is very unpopular, and she is a stumbling block to winning votes.”

Kang, who earned a business degree from the prestigious Seoul National University and wrote books on corporate governance, started KCGI in 2017 with some investors who had been rewarded by his successful exit from mid-sized builder Yonjin Construction & Engineering.

Kang said KCGI wants to boost long-term corporate value and reiterated there would be no workforce restructuring if he won the battle, which he acknowledged would be uphill.

“It is a miracle that we have come this far, given the situation in the Republic of Korea.”