New York (Reuters) – Wall Street’s main indexes plunged on Thursday for the sixth straight session, with the S&P 500 confirming its fastest correction in history as the rapid global spread of coronavirus intensified worries about economic growth.

The S&P 500 finished 12% below its Feb. 19 record close, marking its fastest correction ever in just six trading days. The previous record was nine days in early 2018, according to S&P Dow Jones Indices analyst Howard Silverblatt.

The Dow registered a record one-day points drop, which was also its fourth 1,000-point decline in history and the second this week.

All three major U.S. indexes were also on track for their steepest weekly pullback since the global financial crisis, as new infections reported around the world surpassed those in mainland China.

Governments battling the epidemic from Iran to Australia shut schools, canceled big events and stocked up on medical supplies. In the United States, the Centers for Disease Control and Prevention late Wednesday confirmed an infection of unknown origin in California.

While selling eased for a while during the session the S&P’s losses deepened rapidly in the last hour of trading to end at a session low, registering its biggest one-day percentage loss since August 18 2011.

“The path of this scourge is unknown, therefore you can’t know the economic impact. You can roll the dice but it’s a guess,” said Brian Battle, director of trading at Performance Trust Capital Partners in Chicago.

“People have gone from saying this is a non-event to saying this is the end of the world. There’s room for a middle ground,” said Jankovskis, who suggested opting for defensive bets.

“The virus will spread somewhat but it doesn’t mean that it’ll make the entire world grind to a halt,” he said.

The CBOE volatility index, also known as the fear index, ended near its session high, up 11.60 points at 39.16, its highest level since February 2018. 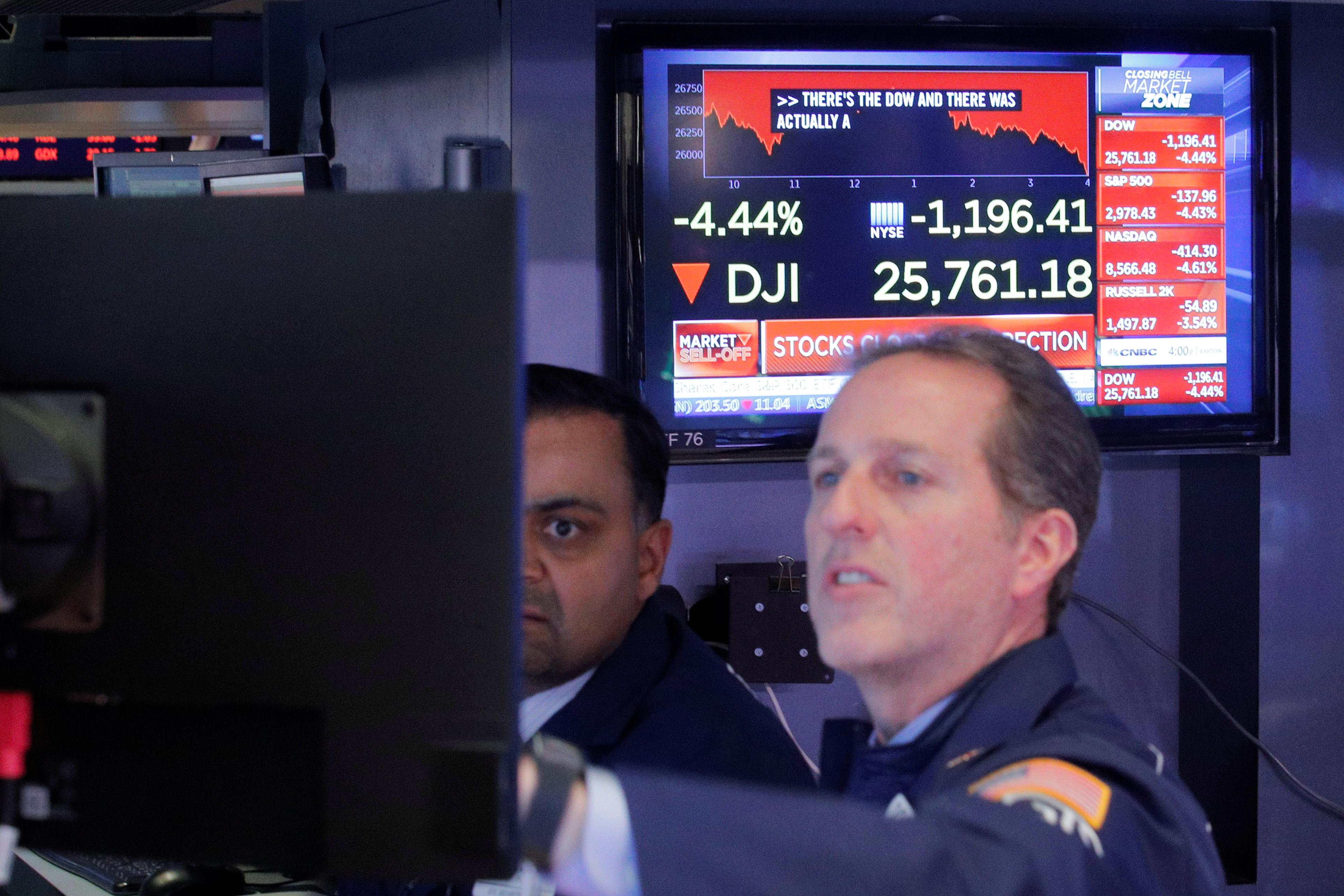 All of the 11 S&P sectors closed lower with real estate, technology and energy sectors all losing more than 5%. The best performers were the healthcare and industrials sectors, which all closed down more than 3%.

The NYSE Arca Airline index ended down 5.7% on fears about travel disruptions around the world, while the Philadelphia SE Semiconductor index, which includes China-exposed stocks, fell 4.7%.

Industry analysts and economists continued to sound the alarm as they assessed the fallout of the outbreak, with Goldman Sachs saying U.S. firms will generate no earnings growth in 2020.

Microsoft Corp, the biggest drag on the S&P, dropped almost 7% after it warned of weakness in PC business due to a hit to its supply chain from the coronavirus, echoing similar statements from Apple Inc and HP.

While it was the biggest boost for the S&P, 3M Co pared gains sharply as the day wore on, ending up just 0.8% at $150.16 after rising as high as $155.43. An analyst had upgraded the stock, citing possible benefit from higher sales of respirator masks during the outbreak.

In the busiest trading session at least since July 2014, according to data from Refinitiv, 15.63 billion shares changed hands on U.S. exchanges on Thursday compared with the average 8.67 billion for the last 20 sessions. 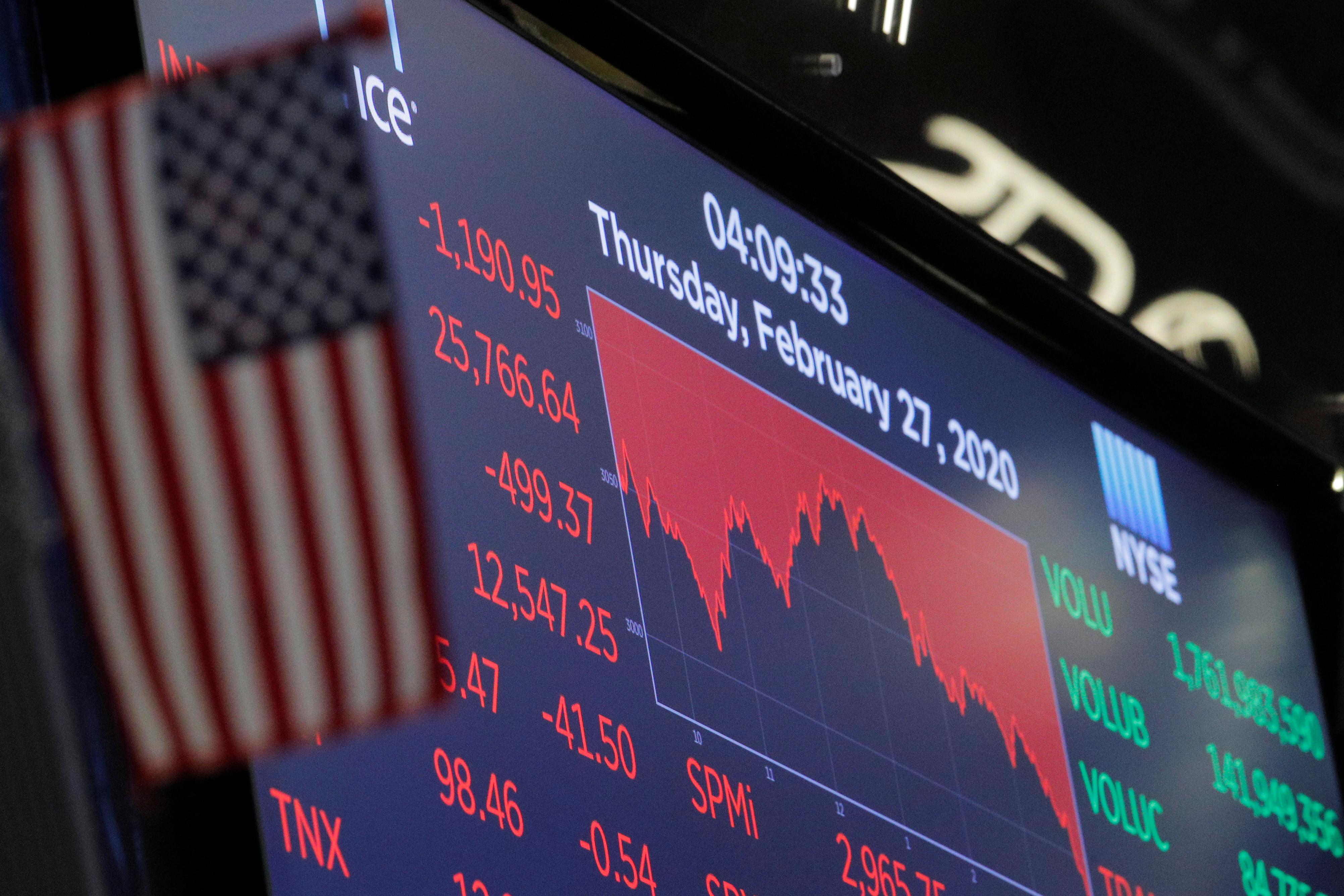 Declining issues outnumbered advancing ones on the NYSE by a 7.51-to-1 ratio; on Nasdaq, a 5.87-to-1 ratio favored decliners.