Americans laboring on farms, in factories and on cleaning crews often have to retire before safety-net programs kick in and without assets in employer plans. 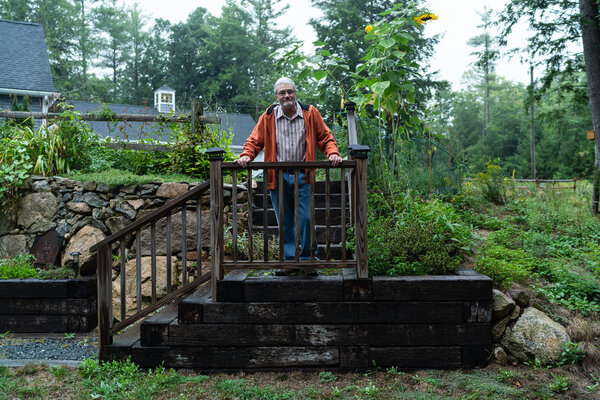 Shawn McCadden began working for his father’s handyman business in Massachusetts in 1970, when he was 11. At 32, he started his own building company. Just three years later, his back told him it was time to find a new line of work.

Mr. McCadden, now 61, has sciatica. Both of his legs get weak by the middle of the day, he said, even though he hasn’t swung a hammer professionally since the mid-1990s. His father, John McCadden, 87, is feeling the effects of decades of physical labor, too: “Like a lot of us, he abused his body when he was young,” Shawn McCadden said. “He’s hurting.”

The McCaddens, both retired, each accepted physical wear and tear as a side effect of earning a living when they entered the home remodeling field. But what the younger Mr. McCadden refused to accept by the time he turned over day-to-day operations of his business, Custom Contracting, to a manager in 1996 was financial pressure to keep toiling past his body’s breaking point. And in that, he may be unusual.

“Workers in physically demanding jobs are a vulnerable group, and they’re not getting adequate attention,” said Catherine Collinson, chief executive and president of the Transamerica Center for Retirement Studies, a Los Angeles nonprofit.

Making them vulnerable, suggests a global study that Transamerica co-published last year, is the lack of a safety net once stiffening joints and other normal signs of aging kick in. The toll taken on the body by strenuous occupations leaves workers at risk of aging out of a paycheck before they are financially ready to retire — or before they qualify for Social Security and Medicare.

“What we saw is that many are being overly optimistic about remaining in their positions until they reach retirement age,” Ms. Collinson said.

The age of the survey’s 16,000 respondents provided a clue about their optimism. Eighteen percent of them were 55 or older, Ms. Collinson said — an indication that many of these older workers had to call it quits before 65, the age at which most said they planned to retire.