Businesses say that people are preparing to go out again. 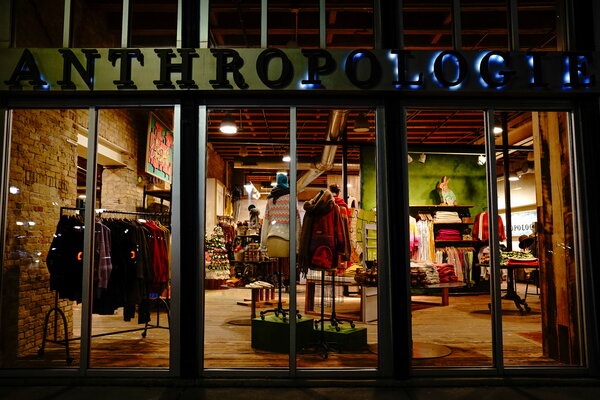 Almost a year ago — on March 11, to be exact — the World Health Organization officially declared that the spread of the coronavirus was a pandemic. Lockdowns and social distancing soon became a fact of life, and companies that rely on people gathering and moving around were hit hard.

But in recent weeks, many of these businesses have said they see signs that people are preparing to go out again: to the office, on vacation and elsewhere. Taken together, these indicators suggest that a reopening might be around the corner, as vaccines roll out, the weather changes or people simply seek out something new after so long in isolation.

Clothes. Richard Hayne, the C.E.O. of Urban Outfitters, told investors this week that its brands had recently been selling more “going out-type apparel.” In the last week of February, seven of Anthropologie’s top 10 sellers online were dresses, which may suggest that shoppers are preparing for life beyond Zoom. “Over the past year, we were lucky if they included one or two dresses,” Mr. Hayne said.

Concert tickets. “We’re feeling more optimistic than we were a month ago,” Live Nation’s chief executive, Michael Rapino, said on an earnings call last week. When the company recently released nearly 200,000 tickets for summer music festivals in Britain, they sold in days.

Trips to Vegas. Tom Reeg, the C.E.O. of the casino giant Caesars Entertainment, told analysts that bookings were up 20 percent month on month. “It’s almost like a switch was flipped sometime late January, early February,” he said last week. Apollo’s co-head of private equity, David Sambur, cited these numbers when explaining the firm’s big bet on a Las Vegas recovery: the $6.25 billion acquisition of the Venetian casino and expo center announced yesterday.

Cruise bookings. Royal Caribbean’s chief executive, Michael Bayley, recently told investors that the company recorded a 30 percent jump in new bookings this year, compared with the last two months of 2020. A large share are people over 65, who are counting on being vaccinated soon, Mr. Bayley suggested. The company, which suspended most cruises through April, launched a $1.5 billion stock sale this week.

Gym memberships. January marked the first month that Planet Fitness saw a net increase in memberships since the pandemic began, according to Chris Rondeau, the gym chain’s chief. The uptick “reinforces our belief that people want to return to bricks-and-mortar fitness,” he told analysts.

But not movie tickets (yet). Alamo Drafthouse filed for bankruptcy yesterday, making it one of the most prominent movie chains to seek Chapter 11 protection during the pandemic. Still, it expressed some optimism, “because of the increase in vaccination availability, a very exciting slate of new releases and pent-up audience demand,” said Tim League, the company’s founder.

What else? Have you spotted any other indicators that the economy might be reopening? Let us know: [email protected]

P.S.: Here’s why scientists say that people should be careful even after being vaccinated.

President Biden limits eligibility for stimulus checks. He agreed to stricter income limits for the next round of stimulus checks to win over moderate Democrats in the Senate, as he tries to corral support for his $1.9 trillion rescue bill, which will be debated in the Senate starting today. Separately, the House abruptly canceled its session today amid warnings of a potential militia plot.

Google plans to halt advertising based on users’ browsing history. The search giant said it would eventually stop selling web ads targeted to individuals’ internet habits. But Recode notes that Google won’t stop collecting user data, particularly on mobile devices and through its own properties like Google search.

Facebook restarts political advertising. After imposing a ban to clamp down on misinformation during the election, the social network told political advertisers it would begin to allow new ads about “social issues, elections or politics.”

Many businesses plan to maintain mask requirements in Texas. Target, Macy’s, Kroger and others said they would still demand that customers and employees wear face masks after the state lifted its mandate this week. Frontline workers are likely to shoulder more responsibility for enforcement, and perhaps more harassment in response.

Britain’s economic revival plan: spend now, tax later. The country’s finance minister, Rishi Sunak, set out a budget yesterday that increases pandemic spending to $480 billion, including an extension for a furlough program through September. The budget also calls for higher corporate taxes starting in 2023, their first rise in Britain since the 1970s.

Too much of a good thing?

The economy is recovering from the pandemic — see above — and a $1.9 trillion stimulus is making its way through Congress to provide even more support. So, naturally, investors are getting a little worried, The Times’s Matt Phillips writes.

Stock and bond markets are wobbling. Another sharp drop in S&P 500 yesterday came after the index recorded its worst weekly performance in a month last week. (Stars of the pandemic, like Shopify and Zoom, have suffered in particular.) Bond yields are up sharply so far this year.

Let Us Help You Better Understand the Coronavirus