SEOUL (Reuters) – Some South Korean workers at Samsung Electronics (005930.KS) and Hyundai Motor (005380.KS) are staying home as a precautionary measure as corporate Korea scrambles to prevent the coronavirus outbreak from causing widespread disruption in its home market. 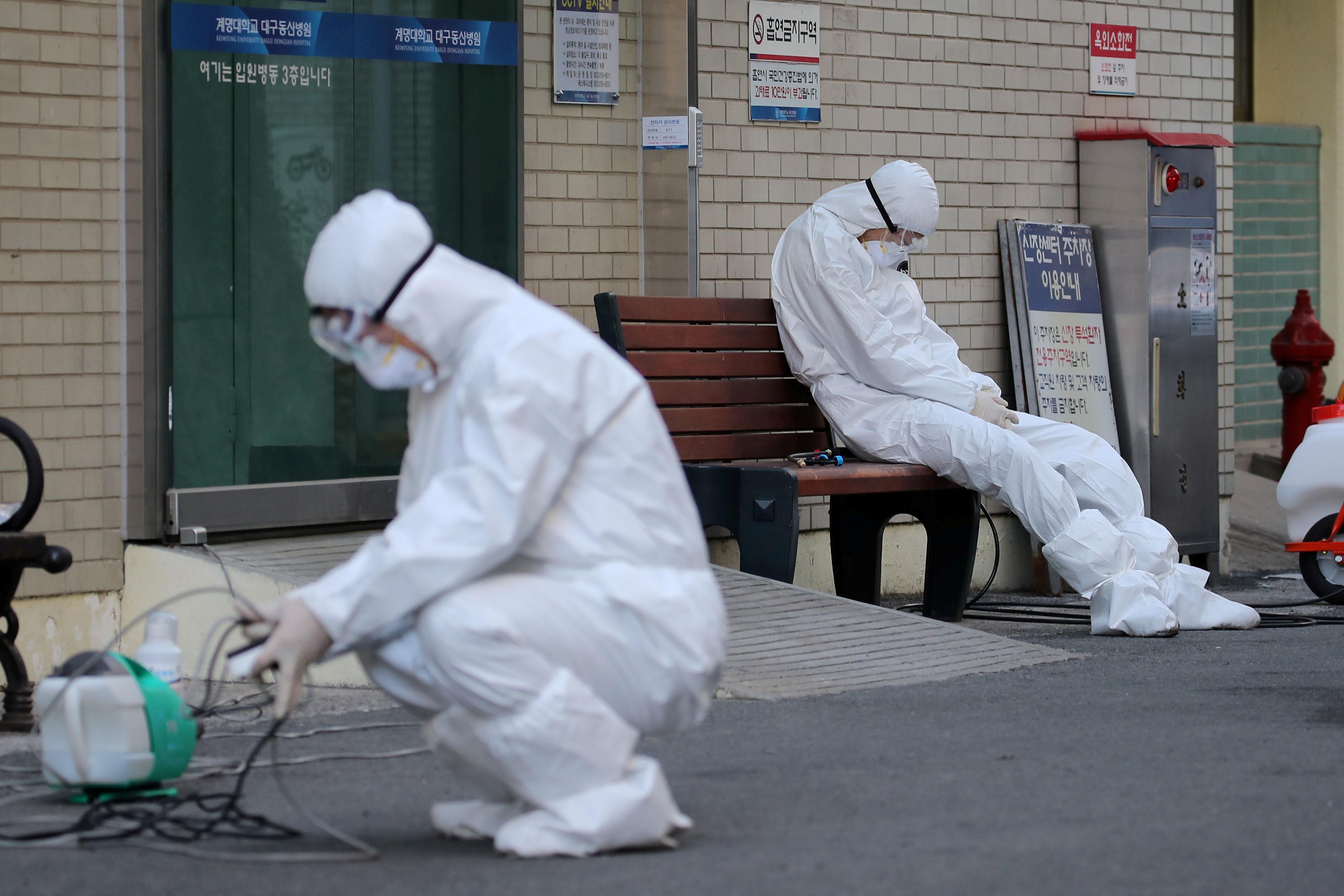 About 1,500 workers of Samsung Electronics’ phone complex in the southeastern city of Gumi have self-quarantined after one of its workers was infected with the disease, a person familiar with the matter said. They include 900 workers who commute to Gumi from neighbouring Daegu city, the person said.

The southeastern city of Daegu – the epicentre of the virus outbreak in South Korea- and nearby cities are an industrial hub in South Korea, Asia’s fourth-biggest economy, and home to factories of Samsung Electronics, Hyundai Motor and a number of others.

South Korea on Monday reported 161 new cases of the coronavirus, bringing the total number of infected patients in the country to 763, a day after the government raised its infectious disease alert to its highest level.

Samsung Electronics shares fell 4.1% and Hyundai Motor ended down 4.3%, tracking the wider market .KS11’s 3.9% fall, as the spike in new coronavirus cases intensified fears about the epidemic’s fallout on the economy and businesses.

Samsung said it has restarted production at its phone factory complex in Gumi on Monday, after closing it over the weekend, adding that the floor where the infected employee worked will resume production on Tuesday.

“As of 1 p.m. KT (0400 GMT) Feb. 24, the Gumi Complex has started normal operations and we expect no impact on production,” Samsung said in a statement, without elaborating further.

Six employees at Hyundai Motor’s factories in the southeastern city of Ulsan are also at home, with four of them linked to a church at the centre of the virus outbreak, a union spokesman said in a statement.

“We are walking on ice,” one Hyundai factory worker told Reuters.

A factory run by Hyundai supplier Seojin Industrial was closed over the weekend after the death of a virus-infected worker, an official at the supplier said. He said that authorities disinfected the factory, located in the city of Gyeongju, and it is unclear when production will resume.

Any disruption would be a fresh blow to Hyundai, which has restarted most of its domestic factories’ production after being hit by suspensions due to parts shortages from China.

Ulsan is home to Hyundai’s biggest car factories, and there are a number of suppliers in the city and surrounding areas, which cater not only to the automaker, but export to the United States, Japan and other markets.

A Hyundai Motor spokesman said there has been no production disruption so far as the automaker has inventory.

With virus fears spreading nationwide, Hyundai set up thermal cameras at all of its operations across the nation, including its headquarters in Seoul, to check temperatures.