(Reuters) – Starbucks Corp’s (SBUX.O) business is “steadily recovering” worldwide as most of the coffee chain’s stores have reopened with the easing of coronavirus-led restrictions, it said on Tuesday. 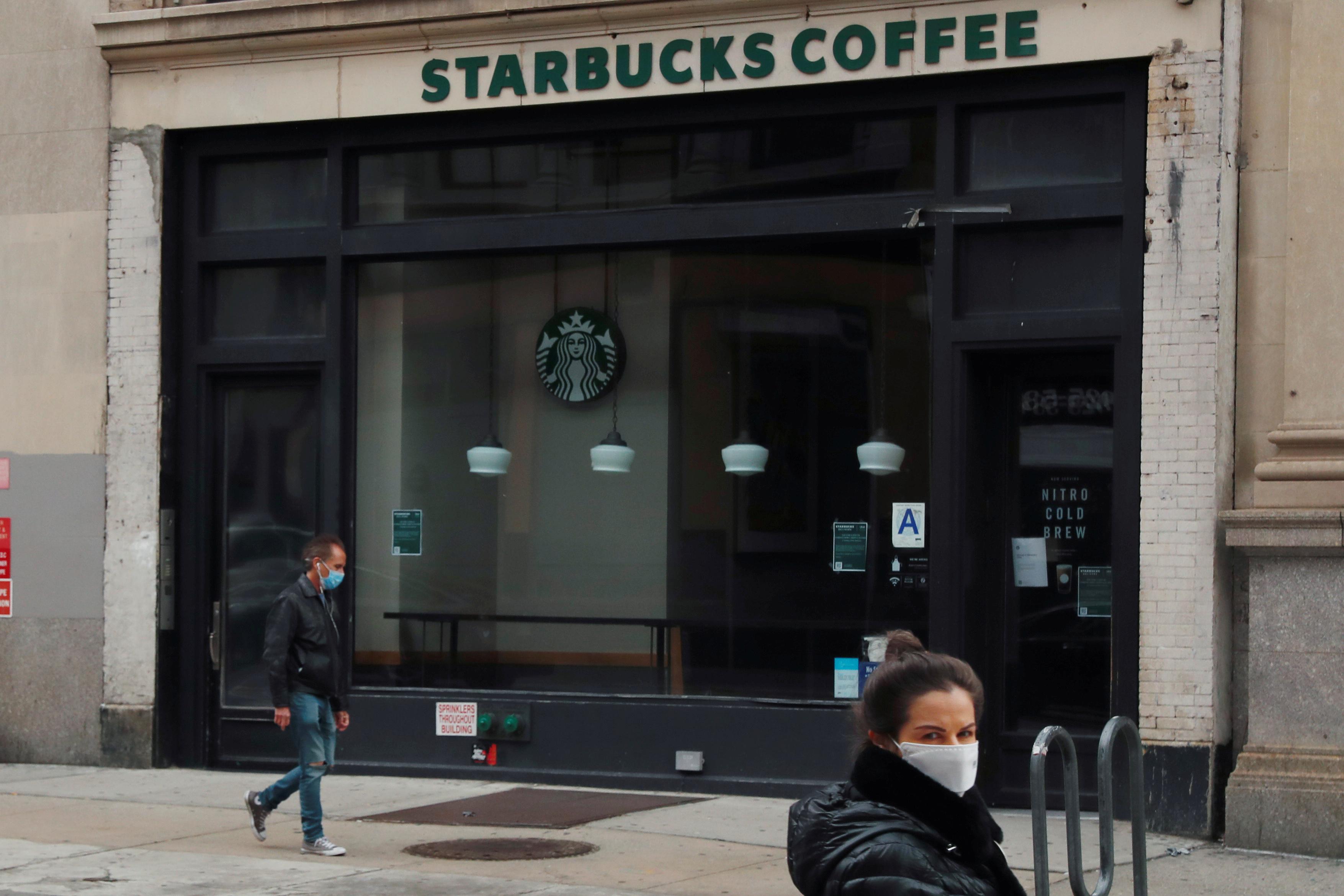 Shares of the Seattle-based company rose about 6.5% in extended trading after it said it would return to profitability in the current quarter on improving sales and margins.

Comparable store sales fell 40% globally and 41% in the Americas for Starbucks’ third quarter ended June 28. This was less than analysts’ forecast for declines of 42.05% and 42.82% respectively, according to IBES data from Refinitiv.

Starbucks, like many restaurants and coffee chains, took a big hit from government-imposed measures to curb the pandemic, prompting it to rely more on delivery and drive-thru services to make up for lost business.

More people used the chain’s drive-thru and delivery options to buy coffee and food, with mobile orders rising 6 percentage points from a year ago to make up 22% of total transactions in the quarter.

Starbucks plans to deploy new handheld point-of-sale devices for employees to take orders in drive-thru lines to speed service. It will also roll out curbside pickup and a new plant-based protein box.

“Our recovery strategy is working,” said Chief Executive Kevin Johnson said during a call with investors. “We have future-proofed our business model and reinforced our balance sheet to enable us to play offense.”

About 97% of global Starbucks-operated locations are now open. This includes 99% of outlets in China and 96% of stores in the United States, which started the quarter with less than half of locations open.

For its full fiscal year, which ends in September, Starbucks expects global same-store sales to be 12-17% lower. Comparable sales in China should see a substantial recovery by December and U.S. sales expected are to recover by March 2021.

Excluding one-time items, the company lost 46 cents per share in the quarter, but that was better than analysts’ expectations of a 59 cent per-share loss.

Total net revenue slumped about 38% to $4.22 billion, but still beat the average analyst estimate of $4.07 billion.