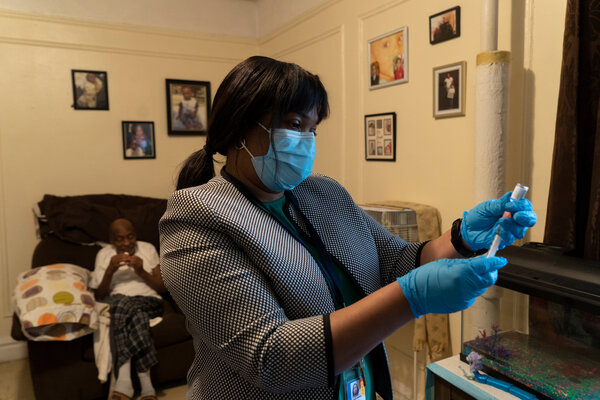 U.S. stock futures dropped on Tuesday after federal health agencies said there should be an immediate pause to the use of the Johnson & Johnson’s single-dose coronavirus vaccine.

The Food and Drug Administration and Centers for Disease Control and Prevention said on Tuesday that six women who received the vaccine had developed rare blood clots. “We are recommending a pause in the use of this vaccine out of an abundance of caution,” the agencies said.

The move could slow down the United State’s vaccination rollout, which could have ramifications for the global economic recovery. The S&P 500 is set to open 0.3 percent lower when markets start trading, futures indicated. Johnson & Johnson shares dropped 3 percent in premarket trading.

Treasury bond yields rose on Tuesday as traders prepared for a jump in the inflation rate when data is released later in the day. Economists surveyed by Bloomberg forecast the annual rate of inflation to rise sharply to 2.5 percent in March, from 1.7 percent the previous month. That would be the highest reading since January 2020.

But there’s a good reason not to read too much into the jump, The New York Times’s Ella Koeze and Jeanna Smialek write. That’s because prices plummeted this time a year ago. Inflation measures for March and April will lap these super-low readings, and as that low base falls out, it will cause the year-over-year percent changes to jump.

The yield on 10-year Treasury notes rose two basis points, or 0.02 percentage point, to 1.68 percent. When inflation increases, bond prices tend to fall and their yields rise because inflation eats away at the value of the payments investors get from bonds in the future.

The biggest gainer in the FTSE 100 in Britain was JD Sports, a sports clothing retailer. Its shares rose 3.3 percent after the company’s earnings beat expectations in the 12 months through January, and dividend payments increased. On Monday, when stores in England reopened, there were long queues outside JD Sports stores in London.