LONDON/SINGAPORE (Reuters) – World stocks spluttered to their lowest level in over a week on Thursday, as a surge in U.S. coronavirus cases and an IMF warning of a nearly 5% plunge in the global economy this year hit the bulls again. 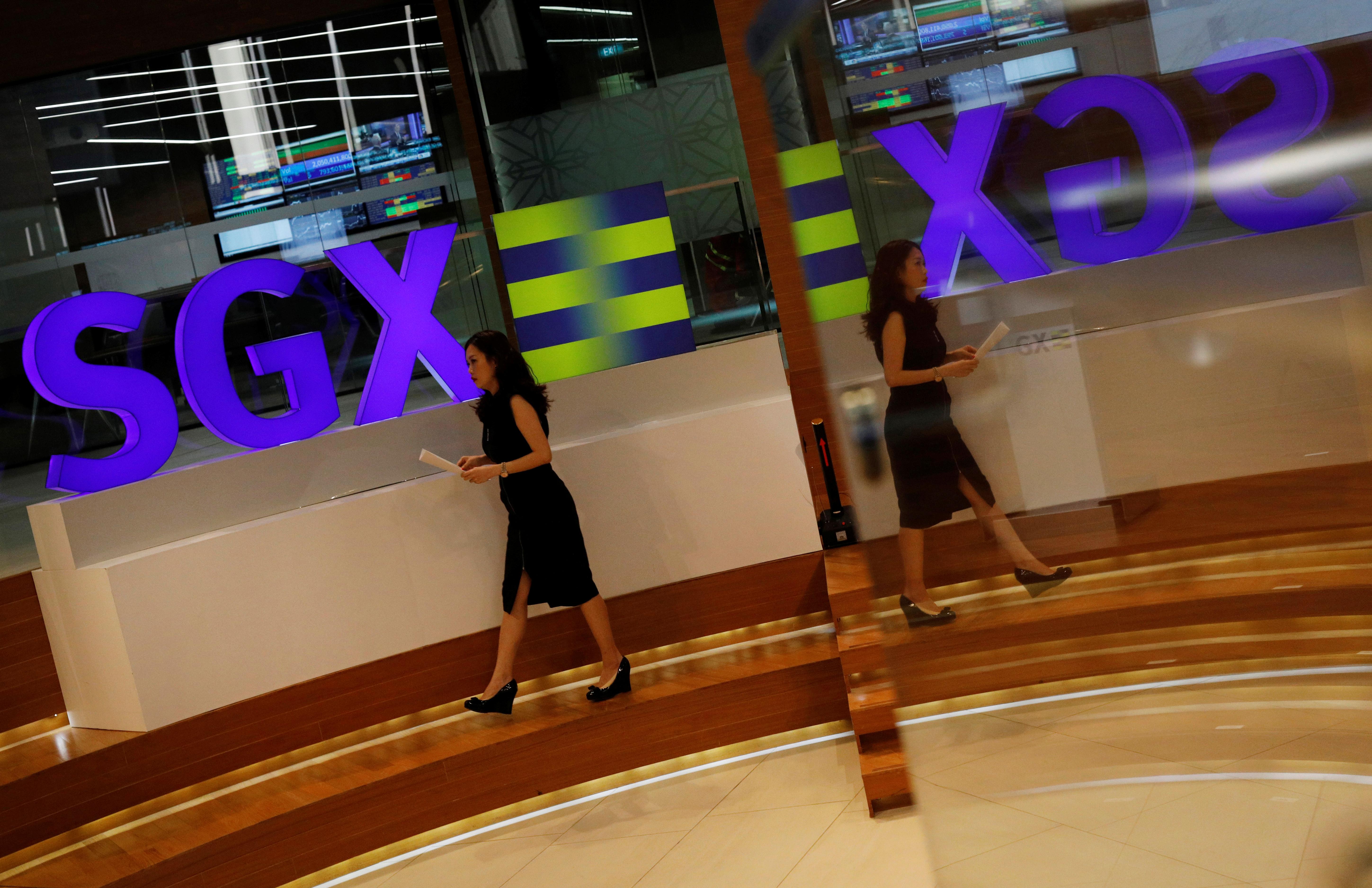 Asia had suffered its biggest drop in eight sessions overnight and Europe’s STOXX 600 fell almost 1% to add to the 3% drubbing it had taken the previous day, albeit following a red-hot few months.

Nerves were rising again about the impact of COVID-19.

In the United States, Florida, Oklahoma and South Carolina reported record increases in new cases on Wednesday. Seven other states had record highs earlier this week and Australia posted its biggest daily rise in infections in two months.

The governors of New York, New Jersey and Connecticut ordered travellers from eight other states to quarantine on arrival, a worry for investors who had mostly been expecting an end to pandemic restrictions.

Disney has delayed the re-opening of theme parks and resorts in California, and Texas is facing a “massive outbreak” and considering new localised restrictions, its governor said.

“During the swift rebound since the March lows, equity markets may have gotten a little ahead of themselves,” wealth manager DWS said in a quarterly Chief Investment Officer report.

The International Monetary Fund said on Wednesday it now expects an even deeper global recession, with output likely to shrink 4.9% this year rather than the 3% contraction it had predicted in April.

“There is a little bit of reality bites coming,” said Damian Rooney, senior institutional salesman at stockbroker Argonaut in Perth. “I don’t think there was a particular straw that broke the camel’s back, but people are a little bit twitchy – there are a lot of reasons to be pretty cautious.”

In the currency markets, the dollar clung on to broad gains which had lifted it from near a two-week low.

Yields on benchmark 10-year U.S. Treasuries sank to a 10-day low of 0.6692% and those on German Bunds — Europe’s benchmark safe asset — dipped to -0.453% although that remained within a well-worn recent range.

Anxiety is likely to remain heightened before U.S. data, including jobless claims figures due at 1230 GMT, and new coronavirus numbers.

“Any improvement in jobs might be counteracted if there is another pickup in the case load in the United States,” said Kyle Rodda, market analyst at brokerage IG in Melbourne. “It’s a potential handbrake on the growth rebound story.”

Bank of England chief economist Andy Haldane is due to speak about the future of society at 1700 GMT. Haldane argued against last week’s increase to the bank’s bond-buying programme. The pound was up for a third day in four before that.

Signals on the trade front and political uncertainty have also unnerved investors.

The United States has added items valued at $3.1 billion to a list of European goods eligible to be hit with import duties.

The Trump administration has determined that China’s Huawei and video surveillance company Hikvision are owned or controlled by the Chinese military, laying the groundwork for sanctions and new Sino-U.S. tension.

That has stalled a rally in riskier currencies, and pushed the Australian dollar under 69 cents and had the kiwi stuck around 64 cents.