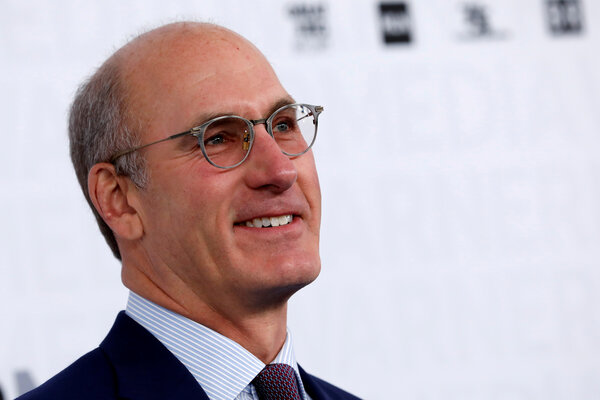 AT&T is painting a rosy picture for the future of its media business, which it will spin off and merge with Discovery. That new streaming giant is a formidable stand-alone competitor to Netflix and Disney. The move leaves AT&T to focus on its telecom business, which looks less bright after being overshadowed by its expensive — and ultimately futile — deal-making binge in media and entertainment under its previous chief, Randall Stephenson.

The DealBook newsletter explains how AT&T got here, in three key deals:

A $39 billion bid to buy T-Mobile. After regulatory pushback, in 2011 AT&T walked away from an effort to become the country’s largest wireless company. T-Mobile paired up instead with Sprint, and the two went on to buy huge amounts of spectrum in the high-stakes battle for 5G, leaving AT&T behind as it lobbies regulators to step in. The failed deal hit AT&T with a $3 billion dollar breakup fee, at the time the largest ever.

The $67 billion acquisition of DirectTV. In 2015, AT&T bet on cable TV as a way to amass customers whom it could eventually convert to streaming. But DirectTV bled subscribers as customers cut the cord, and AT&T unloaded a stake in the company last year to TPG that valued DirectTV at about a third of its acquisition price. The deal also cost AT&T about $50 million in advisory fees, according to Refinitiv.

The $85 billion acquisition of Time Warner. In 2018, Stephenson called the deal a “perfect match,” but the combined group struggled to invest in its telecom business while also spending enough to compete with the entertainment specialists at Netflix and Disney. Three years later, AT&T is now spinning off the company so it can (re)focus on its quest for 5G market share. AT&T paid $94 million in advisory fees to put the two companies together and an estimated $61 million to split them apart.

By The New York Times

After all of that deal-making, AT&T is sitting on more than $170 billion in debt. As part of the deal with Discovery, AT&T will get $43 billion to help reduce its debt load. (The spun-off media business will begin its independent life with $58 billion in debt.)

AT&T also said it would reduce its dividend payout ratio — effectively cutting the amount it pays in half, according to Morgan Stanley. “You can call it a cut, or you can call it a re-sizing of the business,” said John Stankey, AT&T’s chief executive, in an interview. “It’s still a very, very generous dividend.” AT&T’s shares closed down 2.7 percent on Monday.

Market watchers expect the deal to kick off more consolidation among content providers as they race for scale to compete against another giant. Candidates include what John Malone, Discovery’s chairman, calls the “free radicals” — like Lionsgate, ViacomCBS and AMC, as well as NBCUniversal and Fox. Meanwhile, Amazon is in talks to buy another independent studio, MGM.

In a sign of the pressure that players face to spend big to bulk up, shares in Comcast, the telecom company that owns NBCUniversal, fell 5.5 percent on Monday.