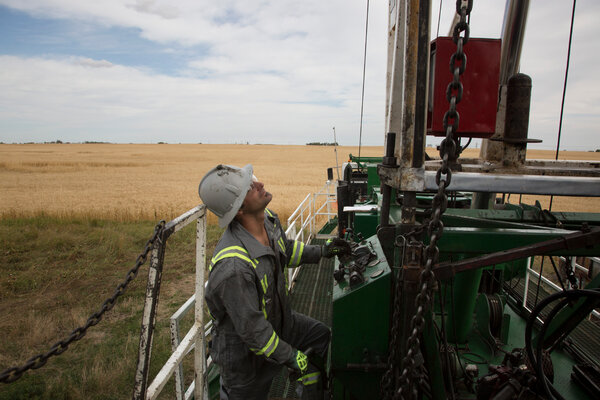 Investment in new oil and natural gas projects must stop from today, and sales of gasoline- and diesel-powered vehicles must halt from 2035. These are some of the milestones that the International Energy Agency said Tuesday must be achieved for the global energy industry to achieve net-zero carbon emissions by 2050.

These conclusions seem surprisingly stark for the agency, a multilateral group whose main mandate is helping ensure energy security and stability. But it has increasingly embraced a role in combating climate change under its executive director, Fatih Birol.

In a news conference, Mr. Birol said he wanted to address the gap between the ambitious commitments on climate change that government and chief executives have been making and the reality that global emissions are continuing to rise strongly.

Just a year ago, the agency was deeply concerned about the disruptive implications of the collapse of the oil market from the effects of the pandemic. At the time, Mr. Birol referred to April 2020 as “Black April.”

Now Mr. Birol’s analysts are outlining in a report what looks like decades of disruption for the global energy industry. Oil production, for instance, will need to fall from nearly 100 million barrels a day to around 24 million a day by 2050, the report says.

The agency acknowledges that the disruption for the global energy sector, which produces three-quarters of greenhouse gas emissions, could threaten five million jobs. “The contraction of oil and natural gas production will have far-reaching implications for all the countries and companies that produce these fuels,” the Paris-based group said in a news release.

Oil-producing countries may see different affects. This report, for instance, is likely to lead to further calls from environmental groups for the British government, which heads the United Nations Climate Change Conference (COP26), to end new oil and gas drilling to set a global example. A halt would threaten jobs in Britain’s declining but still large oil and gas industry.

On the other hand, members of the Organization of the Petroleum Exporting Countries are likely to see their share of a much-reduced market rise from about a third to more than 50 percent, the agency said, as nations with less efficient, higher-cost oil industries cut back.

At the same time, Mr. Birol said, there would be major economic benefits from the trillions of dollars in investment in wind, solar and other sources of renewable energy. Doing so could create 30 million jobs,and add 0.4 percent year to world economic growth, he said.