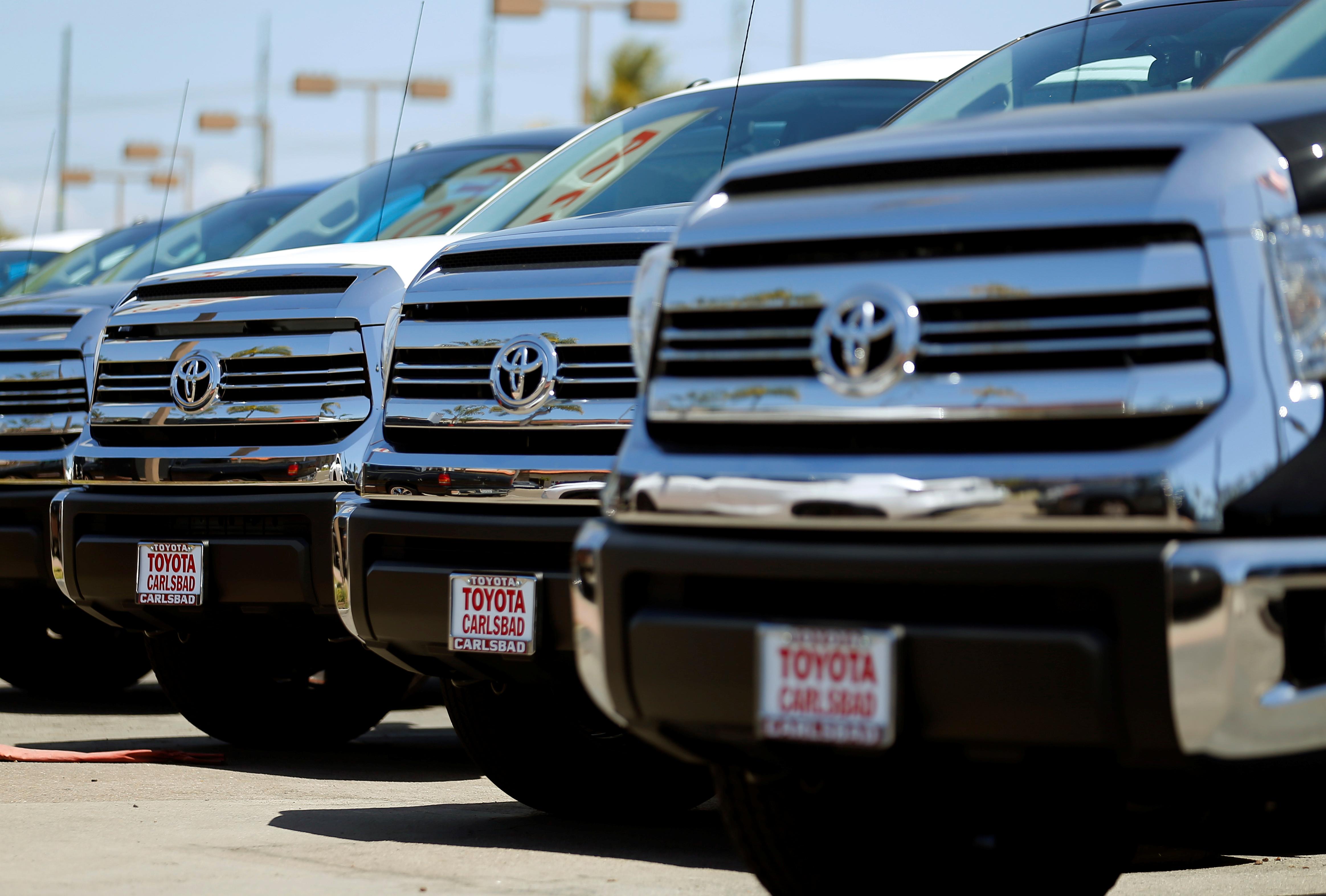 DETROIT (Reuters) – U.S. new vehicle sales in July continued to show signs of recovery from the coronavirus pandemic, as Toyota Motor Corp (7203.T) on Monday posted its lowest sales decline since the COVID-19 outbreak slammed the sector in mid-March.

The Japanese automaker said that its sales in July fell 19% versus the same month in 2019, to 169,484 units. That was Toyota’s best month since before the pandemic shuttered North American production for two months and led to closed showrooms across numerous U.S. states.

The rebound in U.S. auto sales since hitting a bottom in April has seen major automakers scramble to ramp up production and boost weak inventories at dealerships, especially in states where they remained open throughout the shutdowns.

The rebound in sales, though, could be threatened by spiking cases in southern and southwestern U.S. states, which have increased uncertainty over the U.S. economic recovery.

“Achieving an overall sales increase despite the ongoing pandemic is a tremendous accomplishment and speaks to the depth and quality of our product lineup and resiliency of our dealers,” Hyundai’s North American sales chief, Randy Parker, said in a statement.