WASHINGTON (Reuters) – U.S. consumer confidence edged up in February, suggesting a steady pace of consumer spending that could support the economy despite growing fears over the fast-spreading coronavirus, which have roiled financial markets. 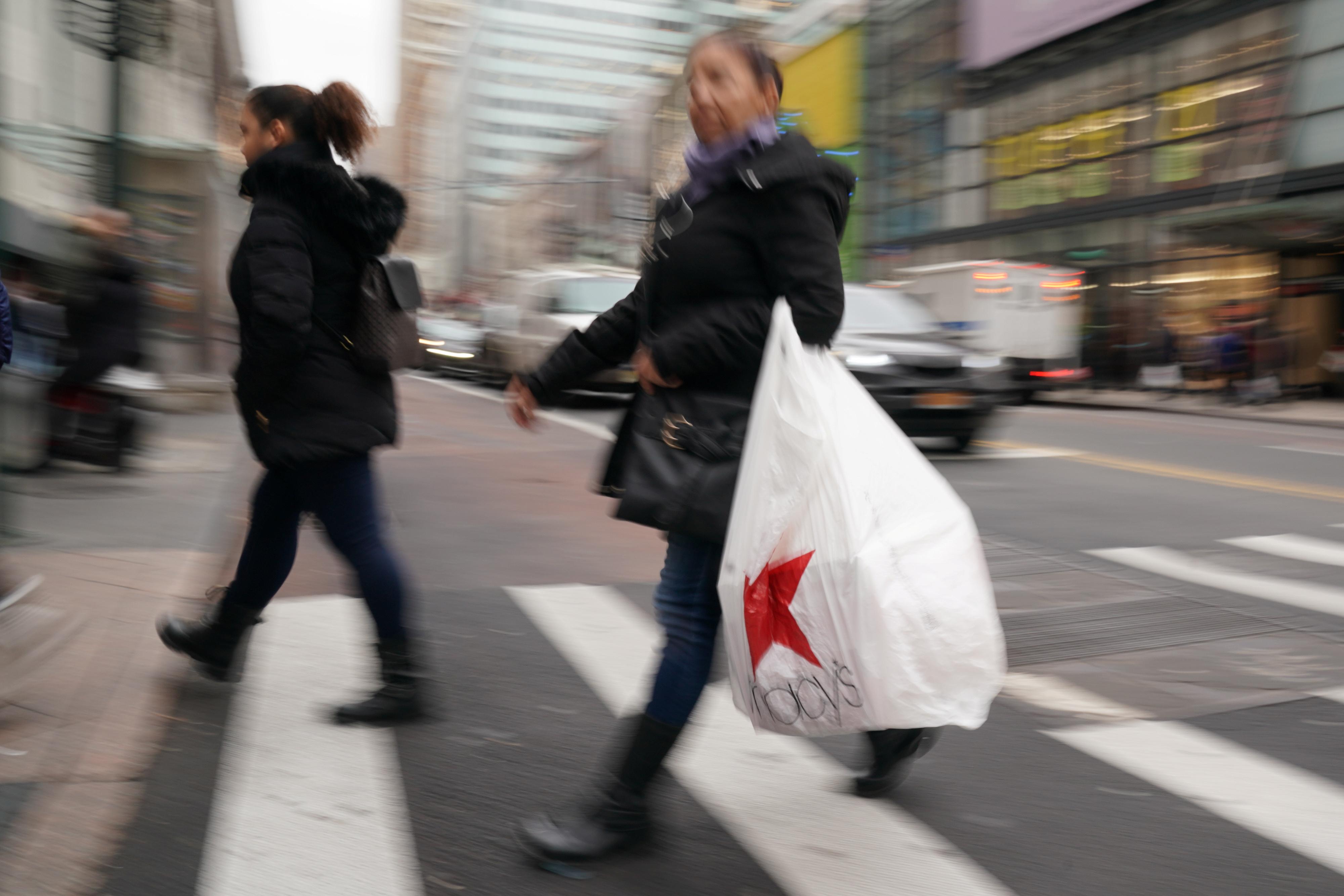 The Conference Board said its consumer confidence index ticked up to 130.7 this month from a downwardly revised 130.4 in January. Economists polled by Reuters had forecast it edging up to 132.0 in February.

The survey made no mention of the coronavirus and economists do not believe that the illness, which has killed more than 2,000 people, mostly in China, and spread to other countries, would hurt consumer confidence. They noted that consumer confidence remained strong even as trade tensions between Washington and Beijing weighed on business sentiment.

“Based on how stubbornly high it has been through trade war rhetoric and other shocks, even a pandemic might not have made much of a dent in consumer confidence,” said Robert Frick, corporate economist with Navy Federal Credit Union in Vienna, Virginia. “The main reason it is hanging at such lofty levels, strong hiring, isn’t going away any time soon.”

The report follows a survey by data firm IHS Markit last Friday showing its flash Composite PMI Output Index, which tracks the U.S. manufacturing and services sectors, contracted to a 76-month low in February. IHS Markit attributed the plunge in the index to below the 50 threshold to the coronavirus outbreak, which it said was hurting the travel and tourism industries as well as disrupting supply chains.

Strong consumer confidence suggests the longest economic expansion on record, now in its 11th year, could withstand disruptions from the coronavirus.

“On average, Americans are upbeat about the future with their expectations moving up sharply in February,” said Chris Rupkey, chief economist at MUFG in New York. “If it holds up, this confidence consumers have about their future may help keep consumer spending on an even keel and right now the consumer is the economy with business investment down in the dumps.”

Investors on Monday dumped stocks and bought U.S. Treasuries, pushing the yield on the benchmark 10-year government bond its lowest level since 2016. The 30-year Treasury yield touched a record low at 1.813%.

Money markets have deepened their bets on interest rate cuts by the Federal Reserve. The U.S. central bank cut rates three times last year and has signaled its intention to keep monetary policy on hold at least through this year.

Goldman Sachs on Sunday cut its first-quarter gross domestic growth estimate by two-tenths of a percentage point to a 1.2% annualized rate. Growth estimates for the January-March quarter were also already on the lower side because Boeing (BA.N) suspended production of it troubled 737 MAX plane starting last month. The economy grew at a 2.1% pace in the fourth quarter and 2.3% in 2019.

Stocks on Wall Street extended their decline on Tuesday. The dollar fell against a basket of currencies, while U.S. Treasury prices were trading higher.

The Conference Board survey’s so-called labor market differential, derived from data on respondents’ views on whether jobs are plentiful or hard to get, fell to 29.8 in February from 35.3 in January. That measure closely correlates to the unemployment rate in the Labor Department’s employment report.

That suggests the unemployment rate likely increased this month after rising one-tenth of a percentage point to 3.6% in January as more people entered the labor market.

The increase in the Conference Board’s market differential fits in with sharp declines in job openings in November and December, which suggested a slowdown in employment growth. Still the labor market remains solid as highlighted by very low layoffs.

A solid labor market is driving a moderate pace of consumer spending and is helping to soften the blow on the economy from a prolonged downturn in business investment.

A second report on Tuesday showed the S&P CoreLogic Case-Shiller 20-metro-area house price index increased 2.9% from a year ago in December after rising 2.5% in November.

Tight inventory is keeping home prices elevated. But the supply squeeze could ease as building permits and the number of homes under construction are at levels last seen nearly 13 years ago. Demand for housing is being driven by the labor market and lower mortgage rates.