AMSTERDAM/ZURICH (Reuters) – Ralph Hamers made his mark as a tech-savvy chief executive who led Dutch bank ING (INGA.AS) back to profitability after cementing its position as a no-frills lender in Germany and simplifying its product portfolio.

It is this record which is likely to have appealed to Switzerland’s UBS (UBSG.S), which named him CEO in a surprise move on Wednesday, rather than the controversies which somewhat tainted his seven-year tenure as head of the Netherlands’ largest bank. [nL4N2AJ4CG]

Hamers’ time as head of ING saw the bank subject to a record fine for lax anti-money laundering procedures, and public rows with politicians from the left and right over his and other bankers’ pay.

Hamers, 53, climbed through the ranks at ING since starting his career there in 1991, becoming head of its Dutch operations in 2005 and its Belgian branch in 2011, before being appointed as successor to Jan Hommen at the helm of the bank in 2013.

During those years, Hamers was responsible for a major reorganisation as the bank tried to recover from the financial crisis and realign its operations with new technology, closing hundreds of bank offices and cutting more than 10,000 jobs.

Netherlands-born Hamers, who holds a Master of Science degree in Business Econometrics/Operations Research from Tilburg University in the Netherlands, is lauded for his focus on improving the bank’s digital services, improving its smartphone app for retail clients, and for acquiring a string of fintech companies, with varying levels of success.

Both Hamers’ experience of digitalization and on cost cutting will be much needed at UBS, where current CEO Sergio Ermotti has struggled with persistently high costs.

“Whilst he may be viewed as a leader in digital innovation, much of the investor concern for UBS is on the ability to right-size the cost base”, Barclays analysts said on Thursday.

At a press conference in Zurich Hamers said: “You can’t focus on digitalisation per se … That is not a goal in itself.” He said the focus had to be on how to improve the way customers experience digital services.

Despite his successes, credit for Hamers’s record remained limited outside ING, as politicians from all sides of the Dutch political spectrum hammered on about the importance of curbing bank executives’ pay.

Yet local pay caps meant Hamers was one of the lowest-paid among major European bank CEOs, and in moving to Switzerland he is likely to escape such salary strictures, given the generous 13.8 million Swiss francs ($14 million) compensation doled out to UBS’s outgoing Sergio Ermotti, excluding benefits, in 2018.

That compares with the 1.75 million euros ($1.9 million) Hamers received at ING, with his bonuses scrapped due to the money laundering fine. UBS hasn’t yet disclosed details of his prospective pay packet.

Hamers, who is married to a former ING colleague and who has twin children, a boy and girl, repeatedly scorned traditional Dutch frugality, warning that it limited the ability of banks to attract top level international talent.

He also didn’t shy away from criticism of the European Central Bank’s ultraloose monetary policy, which he deemed unnecessary and harmful to consumer confidence. 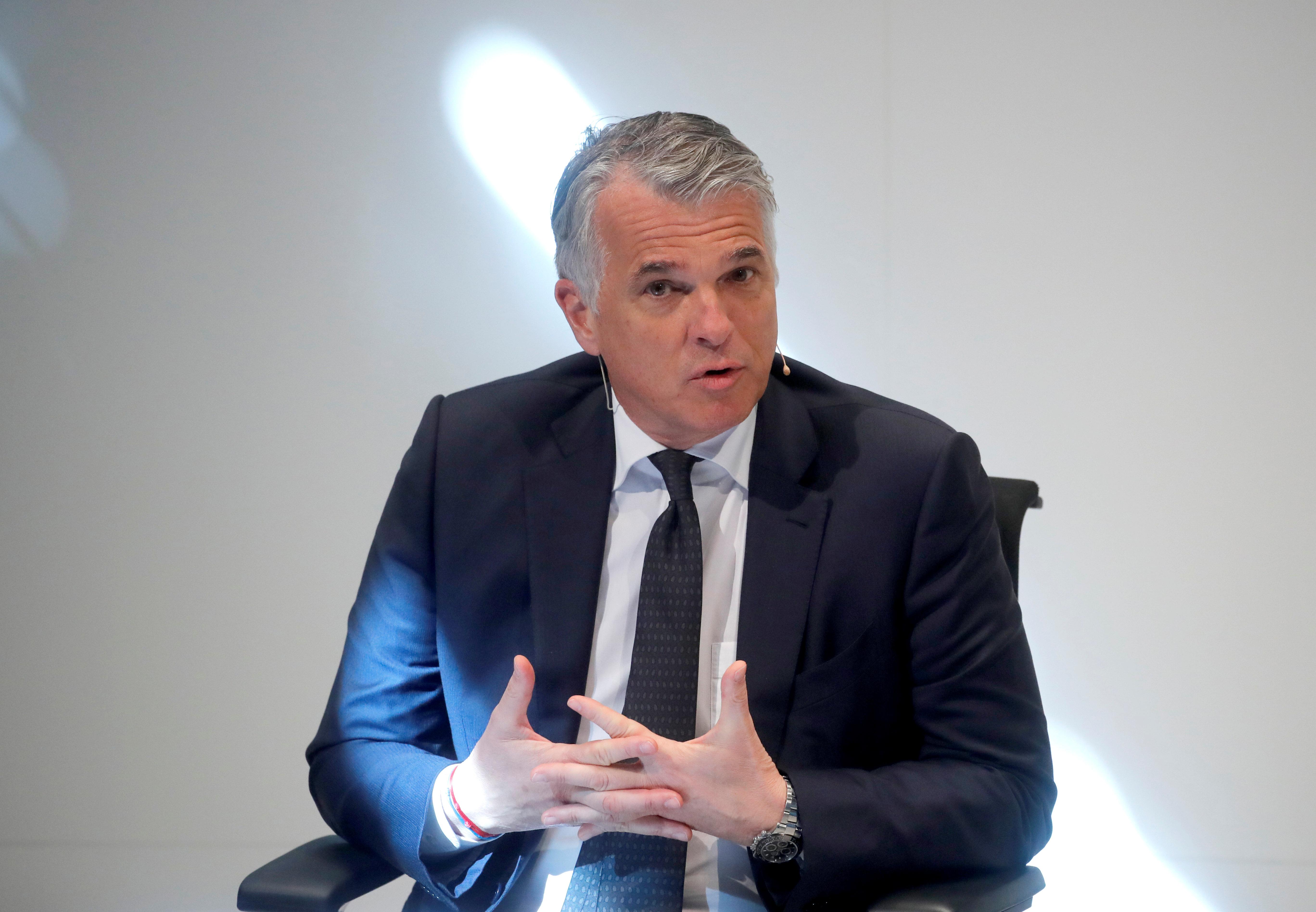 Usually dressed without a necktie, Hamers – who told the Financial Times his interests included cycling, running and swimming, and that he sometimes acts as referee’s assistant at his son’s soccer matches – made an effort to sport the image of a young, modern and approachable CEO.

Yet his easy-going image received a blow in 2018 as ING was fined a record 775 million euros ($837 million) in a settlement with Dutch prosecutors over ING’s inability to spot money laundering in its accounts for years.