(Reuters) – The U.S. economic recovery showed signs of plateauing last week as the country battled rising coronavirus case counts and an increasingly fractured government response, according to data from a broad set of industry and government sources. 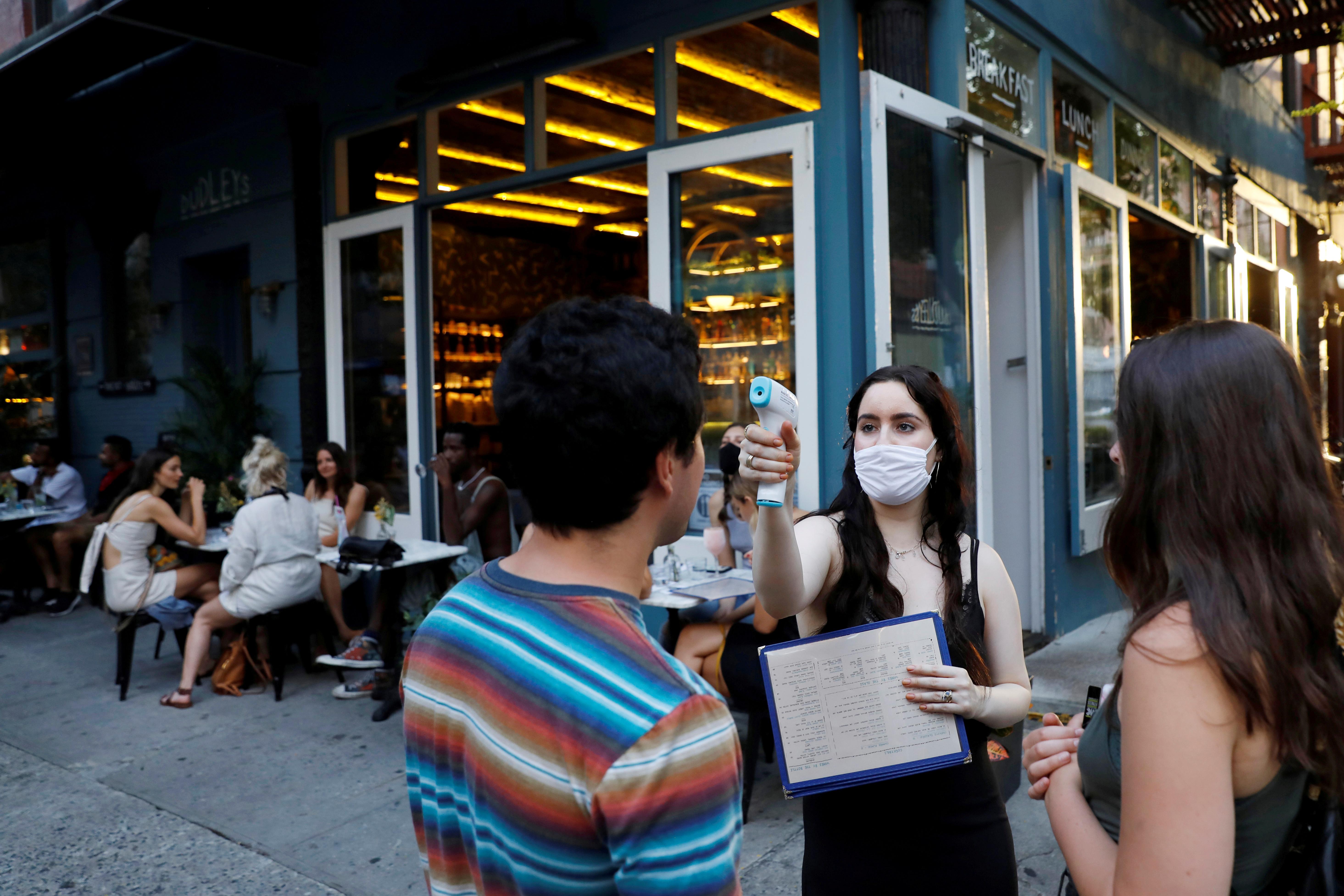 Indexes measuring the national recovery from the New York Federal Reserve here Goldman Sachs here and Oxford Economics https://www.oxfordeconomics.com have all largely stalled. Meanwhile real-time measures of retail foot traffic www.safegraph.com/dashboard and employee work hours joinhomebase.com/data and shifts have flatlined after steady growth since April spawned optimism for a swift rebound from the recession triggered by the global pandemic.

At the same time, evidence of retrenchment is spreading beyond the high-profile examples of Texas, Florida and California, major state economies where efforts to reopen commerce have been thrown into reverse by fresh restrictions to stop the spread of the COVID-19 disease.

Since the beginning of the fight against the pandemic the aim has been to “flatten the curve” – meaning stem the growth in infections. Instead, four months in, it may be the wrong curve that is flattening as the recovery slows while the virus surges ahead.

Atlanta Federal Reserve Bank President Raphael Bostic said on Thursday the early strength of the recovery surprised him, but “the question is as we have gotten to this point what should we expect moving forward.”

“Real-time evidence suggests there is a bit more reticence in the economy,” he said.

Data from cellphone tracking firm Unacast here as of July 3 showed more than half of states saw retail traffic surpass 2019 levels. A week later the number had slipped to 11, most of them rural, less-populated places like Maine and Montana.

In industrial states including Iowa and Indiana where retail traffic has exceeded 2019 levels, case counts are growing – suggesting there is no clear template yet in place for how to reopen the economy in a way that preserves public health.

“People did have that initial impetus to reengage. Now we see a spike in infections and that is going to put a damper on the recovery,” said Elizabeth Crofoot, a senior economist at the Conference Board, an organization of major companies.

The board published a survey this week concluding that U.S. consumer confidence had been driven lower in part by lack of trust in the government’s ability to control the pandemic, and would likely remain “depressed” for a sustained time.

More notably, she said “the trust factor, the mixed messages from local government, the federal government,” would likely drive people from the marketplace regardless of any formal restrictions imposed or lifted by authorities.

The last week put those mixed messages on stark display.

As the daily growth in cases continued to set records, topping 60,000, the Trump administration was battling with state and local governments over whether to reopen schools and the adequacy of testing and challenging the credibility of the nation’s top infectious disease expert.

Nearly than 3.6 million Americans have now been infected and more than 137,000 have died during the pandemic.

The news is not all grim. Death rates in recent weeks have remained low compared with the earliest days of the pandemic, and some argue the country is going through a “learning” phase that will see individuals and companies develop their own ways to cope with the persistence of the disease.

Mask usage has become less stigmatized – Wal-Mart Inc (WMT.N) is making them mandatory as of Monday – and a Cleveland Fed survey of 1,141 U.S. consumers here published Thursday showed nearly 90% said they wore a mask the last time they were in a public indoor space such as a store.

In comments to reporters last week St. Louis Fed President James Bullard said he thought individuals and businesses would adopt ways to manage their lives and their firms safely – with masks and social distancing likely to become a broadly accepted norm even after months in which they’ve been a topic of political dispute.

“These businesses have strong incentives to get their revenue streams back,” he said. “They can pretend there is not a disease. They will get punched in the face. Workers get sick. Customers get sick … Learning occurs.”

Nor is the economic data uniformly bad. Retail sales jumped 7.5% in June as states lifted coronavirus restrictions and summer arrived.

But even that may be illusory.

A recent study by the JPMorgan Chase Institute concluded that expanded unemployment benefits approved in response to the pandemic allowed those thrown out of work to actually increase their spending. Those benefits expire at the end of this month.

Jobs, meanwhile, may not be returning fast enough to take up the slack. Another 1.3 million people filed for unemployment here insurance last week USJOB=ECI, and several states that had tried to aggressively reopen their economies saw large jumps in ongoing unemployment claims as virus cases exploded and new restrictions were imposed.

Nationally, data from time management firm Kronos here across a variety of industries showed work shifts for the week ending July 12 declined for the first time since mid-April, excluding the Memorial Day and July 4 holiday weeks when some businesses may have closed or reduced hours.