(Reuters) – The S&P 500 dipped from a five-week high on Thursday, pulled lower by Microsoft Corp (MSFT.O) and Apple Inc (AAPL.O), as concerns about the economic toll from rising coronavirus cases were heightened by data showing elevated levels of unemployment claims. 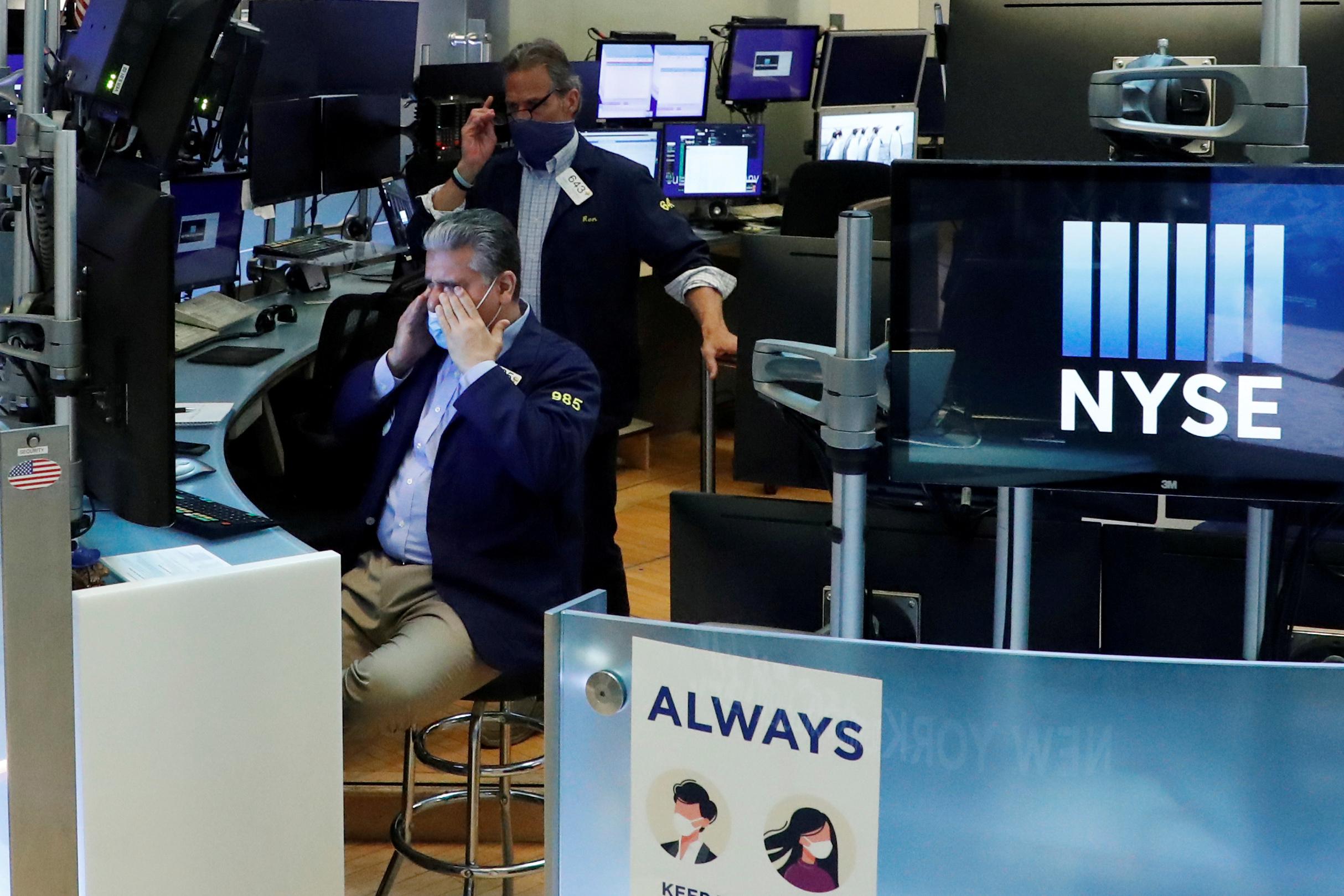 A jump in domestic case loads has forced California and other states to shut down again, sparking fears of more business damage and slowing the pace of a Wall Street rally. The S&P 500 is about 5% below its February record high.

“The economic data shows there is still a challenge going forward,” said Willie Delwiche, an investment strategist at Baird in Milwaukee. “Congress better get its act together and pass another fiscal stimulus.”

The S&P 500 has exceeded the Nasdaq by over 2 percentage points over the past week, its greatest five-day outperformance over the Nasdaq since late March, reflecting a shift away from Amazon.com (AMZN.O), Microsoft and other major technology companies that have led Wall Street’s gains in recent months.

“This is an early indication of good signs that money is now flowing away from completely overbought Nasdaq into those names that will bode well when the economy starts finding more of a solid footing,” said Andrew Smith, chief investment strategist at Dallas, Texas-based Delos Capital Advisors.

American Airlines (AAL.O) dropped 7.2% as it sent 25,000 notices of potential furloughs to frontline workers and warned that demand for air travel is slowing again.

Tesla Inc (TSLA.O) slipped 1.8% as its vehicle registrations nearly halved in the U.S. state of California during the second quarter, according to data from a marketing research firm.

Declining issues outnumbered advancing ones on the NYSE by a 1.42-to-1 ratio; on Nasdaq, a 1.62-to-1 ratio favored decliners.