Officials have teamed up with medical supply companies to speed the arrival of masks, gloves, gowns and other goods. 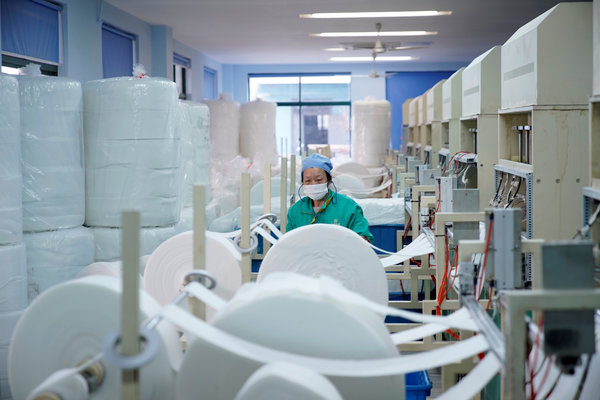 WASHINGTON — A commercial aircraft carrying 80 tons of gloves, masks, gowns and other medical supplies from Shanghai touched down in New York on Sunday, the first of 22 scheduled flights that White House officials say will funnel much-needed goods to the United States by early April as it battles the world’s largest coronavirus outbreak.

The plane delivered 130,000 N95 masks, 1.8 million face masks and gowns, 10 million gloves and thousands of thermometers for distribution to New York, New Jersey and Connecticut, said Lizzie Litzow, a spokeswoman for the Federal Emergency Management Agency. Ms. Litzow said that flights would be arriving in Chicago on Monday and in Ohio on Tuesday, and that supplies would be sent from there to other states using private-sector distribution networks.

While the goods that arrived in New York on Sunday will be welcomed by hospitals and health care workers — some of whom have resorted to rationing protective gear or using homemade supplies — they represent just a tiny portion of what American hospitals need. The Department of Health and Human Services has estimated that the United States will require 3.5 billion masks if the pandemic lasts a year.

That overwhelming demand has set off a race among foreign countries, American officials at all levels of government and private individuals to acquire protective gear, ventilators and other much-needed goods from China, where newly built factories are churning out supplies even as China’s own epidemic wanes.

“China has abundant protective equipment now, and the rest of the world has a huge shortage,” said James McGregor, the chairman of greater China for APCO Worldwide.

The Trump administration has been seeking to ramp up production of respirators, ventilators and other medical supplies in the United States, but factories are already running at full capacity. Companies like General Motors, Ford and others have stepped forward to try making these products for the first time, but they may need weeks or months before newly built facilities can ramp up their production.