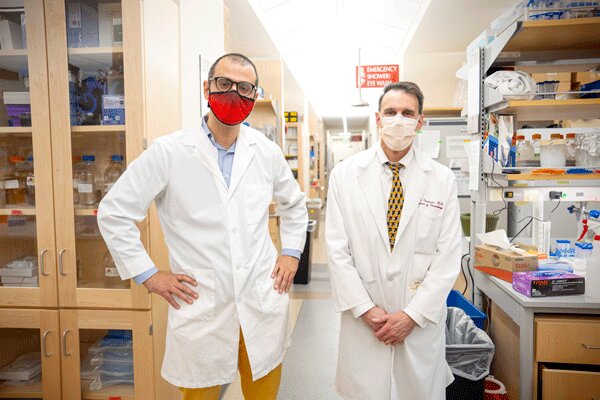 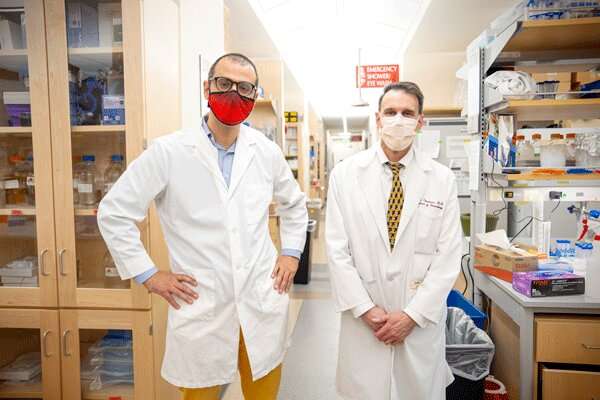 In the United States alone, about 3.3 million people are diagnosed with basal and squamous cell cancers (skin cancers) per year. Skin cancer is still detected using visual examination, a method of limited reliability for early detection, subtype determination, or measuring the extent of skin invasion. Researchers at Huntsman Cancer Institute (HCI) and the University of Utah (U of U) have created a device, named URSKIN, that exploits changes in the electrical properties of skin that occur during cancer cell development by using a technique called non-visual electrical impedance demography (EID).

“URSKIN applies a high-frequency, painless electrical current through the skin of interest,” says Benjamin Sanchez-Terrones, Ph.D., cancer center member at HCI and assistant professor of electrical and computer engineering at the U of U. “Physiological alterations in cancerous skin tissue then generate a unique voltage signature that is different from clinically normal skin.”

Led by Sanchez-Terrones and Doug Grossman, MD, Ph.D., physician scientist at HCI and professor of dermatology at the U of U, the pilot study tested the new device on 18 patients who already had biopsy-confirmed basal cell carcinoma, the most common form of skin cancer.

“Clinical presentation of basal cell carcinoma can be subtle,” says Grossman. “It would be useful to have a non-invasive device to detect basal cell carcinoma at its earliest stage and also to be able to determine the depth of invasion to guide whether a biopsy should be performed and what type of biopsy is needed to fully assess the tumor.”