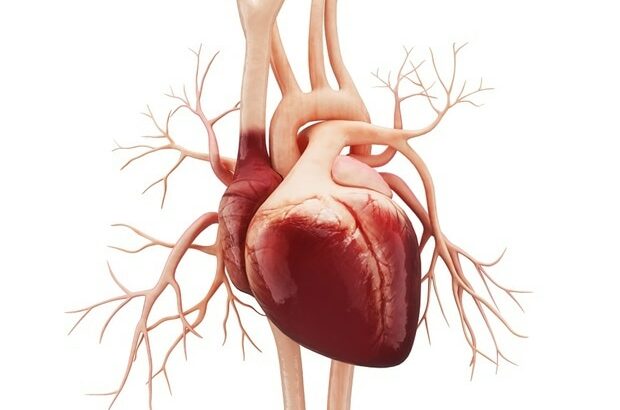 Most women who are born with heart defects can safely become pregnant and give birth to healthy babies with few or minor problems if they are supported by expert medical care and counselling, according to research published in the European Heart Journal .

In the last few decades, 4 laws of purim advances in heart surgery have meant that more babies born with congenital heart disease (CHD) have survived and have reached reproductive age but, until now, the risks to women with CHD of becoming pregnant and giving birth have not been clear. Doctors often advised them not to attempt pregnancy because of the risks of dying and other health problems for both mothers and babies.

The current study of 7,512 pregnancies in 4,015 women with CHD in Germany is the largest to investigate the issue and shows that no women died, although there were more health complications for these mothers and babies compared to a control group of 11,225 pregnancies in 6,502 women without CHD. There was a small but increased risk of still births or babies dying within the first month of life among those born to CHD mothers, and these children had a six-fold greater risk of CHD than in the control group.

The most important finding from our study is that many women born with a congenital heart defect are able to get through pregnancy and give birth safely. This is important because only a few decades ago many women would not even have reached adult age themselves. It is very encouraging to see that such a large number of mothers with a congenital heart defect can give birth to healthy children."

"We do report health problems around the time of birth, which are relevant and important. However, thanks to advanced neonatal support and techniques, a majority of these problems can be overcome with medical support, albeit with surgery and prolonged hospitalisation."

An accompanying editorial by experts not involved with the research describes the result of zero deaths among mothers from the "well-performed" study as "unexpected and fantastic news".

Dr Lammers and her colleagues analysed all pregnancies in women with CHD between 2005 and 2018 from one of the largest German health insurance companies, which insures about nine million people (around a nineth of the German population). They matched them with women of similar ages who did not have CHD.

They found no women in the CHD group died during pregnancy and up to 90 days after delivery; one woman in the non-CHD group died. Although complications were low overall, women with CHD had a significantly higher rate of stroke (1.13% versus 0.17%), heart failure (0.84% versus 0.03%) and abnormal heart rhythm problems (0.82% versus 0.12%) compared to women without CHD. Caesarean deliveries were also more common in CHD patients: 40.5% versus 31.5%.

Among babies born to mothers with CHD, there was an increased risk of stillbirths (1.4% versus 0.4%), death within the first month of life (0.83% versus 0.22%), low and extremely low birthweight (1000-2499g or less than 1000g), being born prematurely, requiring mechanical ventilation, having major visible abnormalities, and having Down's syndrome or other genetic syndromes. Eighteen percent of babies born to mothers with CHD had CHD themselves compared to 3% of babies of mothers without CHD, and 6% versus 0.4% needed heart surgery with heart-lung machine support by the age of six years.

The researchers found that the complexity of the mother's heart defect, high blood pressure, heart failure, blood-thinning treatment with vitamin K antagonists in the year before pregnancy and prior fertility treatment were all significant predictors of medical problems in the new-born.

In their paper, the researchers point out that the mothers they studied were managed jointly by paediatric and adult cardiologists, gynaecologists and general practitioners, as well as regional and national adult CHD centres, in a well-funded, decentralised health system where they would have had access to appropriate counselling. The same results would be unlikely in less well-resourced countries.

"Our findings should help to inform mothers-to-be with congenital heart disease what to expect in terms of neonatal complications and to direct them to appropriate care providers if they wish to start a family. Counselling is a very important part of the care of every woman with a congenital heart defect and should start at an early age. It appears to work in developed countries such as Germany, as suggested by the lack of deaths among the mothers. This is probably due to avoiding very high-risk pregnancies and appropriate management of pregnancy," said Dr Lammers.

"Health problems seem to occur mainly in the offspring and so counselling should focus on the potential health problems for them. For some women whose heart defects place them at very high risk of death or serious complications, the risks associated with pregnancy need to be discussed during counselling and these women should be discouraged from becoming pregnant. Sometimes the desire to have a child outweighs these risks and women still choose to get pregnant. It remains an individual decision for the woman and her partner. In this case, it's important to provide close medical supervision by all the specialists involved throughout the whole course of the pregnancy."

In the accompanying editorial, Professor Jolien Roos-Hesselink and Dr Karishma Ramlakhan, from Erasmus University Medical Center Rotterdam (The Netherlands) write that the study is an important contribution to knowledge on the subject. "Not only is this the largest study, but it includes all women with ACHD [adult congenital heart disease, without a possible bias of only including patients seen at a tertiary centre or including patients with other kinds of heart disease.

Furthermore, because it is performed in a western country with optimal health care system, the results are applicable to other western countries with comparable systems of care organisation with appropriate counselling in place and good collaboration between cardiac and obstetric care. The pregnancy outcomes in studies with a global perspective, including patients from developing countries, show less favourable results. These differences illustrate how the health care system and environment of women have great impact on their pregnancy outcomes and show that we still need to work to improve these outcomes for all women worldwide."

They point out that the fact that no women with CHD died "makes it possible to reassure the large majority of ACHD patients about the mortality risk of pregnancy. This is an important message and should lead to a change in policy from approaching pregnancy as potentially very dangerous, to considering pregnancy as relatively safe and explaining the possible risks, on the condition that women in mWHO IV [the very highest risk group] should not become pregnant.