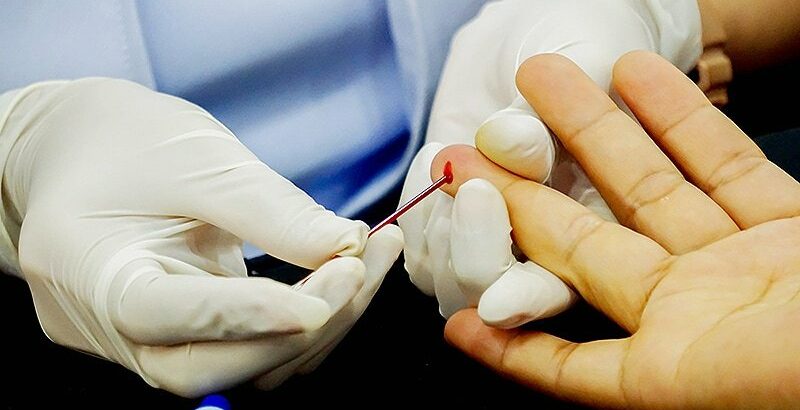 The majority of people with HIV and type 2 diabetes do not receive the recommended routine screenings necessary to prevent chronic complications associated with that comorbidity, research shows.

“Despite known risk in this patient population, most patients were not up to date with routine preventative screenings,” report Maya Hardman, PharmD, and colleagues with Southwest CARE Center, abilify neurotransmitter in Santa Fe, New Mexico, in research presented at the United States Conference on HIV/AIDS (USCHA) 2021 Annual Meeting.

“Routine preventative screenings can help identify chronic complications of diabetes early, if performed at the recommended intervals,” they write.

People with HIV are known to be at an increased risk of diabetes and the long-term complications of the disease, making the need for routine screening to prevent such complications all the more pressing due to their higher-risk health status.

Among the key routine diabetes care quality measures recommended by the Healthcare Effectiveness Data and Information Set (HEDIS) for people with HIV are testing for A1c once every 3 months, foot and eye exams every 12 months, urine albumin creatinine ratio (UACR) screenings every 12 months, and two controlled blood pressure readings every 12 months.

To investigate the rates of adherence to the HEDIS screening recommendations and identify predictors of poor compliance among people with HIV, Hardman and her colleagues evaluated data on 121 adult patients at the Southwest CARE Center who had been diagnosed with diabetes and HIV and were treated between 2019 and 2020.

The patients had a mean age of 57.5, and 9% were female. Their mean duration of being HIV positive was 19.8 years, and they had an intermediate Atherosclerotic Cardiovascular Disease (ASCVD) risk score of 17.08%.

Despite their known diagnoses of having diabetes, as many as 93.4% were found not to be up to date on their routine preventive screenings.

Only blood pressure screenings, reported in 90 of the 121 patients, were up to date in the majority of patients in the group.

In looking at factors associated with compliance with A1c screening, only age (OR, 0.95; P = .04) was a significant predictor.

The authors pointed out that the routine screenings for the diabetes complications are relatively easy to implement.

“Screening for these chronic complications is minimally invasive and can be provided by individuals trained in diabetes management during routine clinic appointments.”

The team’s ongoing research is evaluating potential benefits of clinical pharmacy services in assisting with the screenings for patients with HIV.

The study showed the prevalence of type 2 diabetes had increased to 15.1% in 2015 from 6.8% 10 years earlier, for a relative risk of 2.4 compared with the general population.

“The alarmingly high prevalence of type 2 diabetes in HIV requires improved screening, targeted to older patients and those with a longer duration of exposure to antiretrovirals,” the authors wrote.

“Effective diabetes prevention and management strategies are needed urgently to reduce this risk; such interventions should target both conventional risk factors, such as abdominal obesity, and HIV-specific risk factors such as weight gain following initiation of antiretrovirals.”

Of note, the 2015 cohort was significantly older and had higher BMI and higher hypertension than the 2005 cohort.

First author Alastair Duncan, PhD, principal dietitian at Guy’s & St. Thomas’ Hospital and lecturer, King’s College London, noted that since that 2015 study was published, concerns particularly with weight gain in the HIV population have only increased.

“Weight gain appears to be more of an issue [now],” he told Medscape Medical News in an interview.

Meanwhile, “there are not enough studies comparing people living with HIV with the general population,” Duncan added. “We need to conduct studies where participants are matched.”

Sudipa Sarkar, MD, who co-authored a report on the issue of diabetes and HIV this year but was not involved in the study presented at USCHA, noted that the setting of care could play an important role in the quality of screening for diabetes that people with HIV receive.

“It may depend on factors such as whether a patient is being followed regularly by an HIV care provider and the larger healthcare system that the patient is in,” Sarkar, an assistant professor of medicine at Johns Hopkins University School of Medicine, Division of Endocrinology, Diabetes, and Metabolism, told Medscape Medical News.

“For example, one might find differences between a patient being seen in a managed care group vs not.”

The issue of how the strikingly high rates of inadequate screening in the current study compare with routine screening in the general diabetes population “is a good question and warrants more research,” she said.

The authors and Sarkar have disclosed no relevant financial relationships.