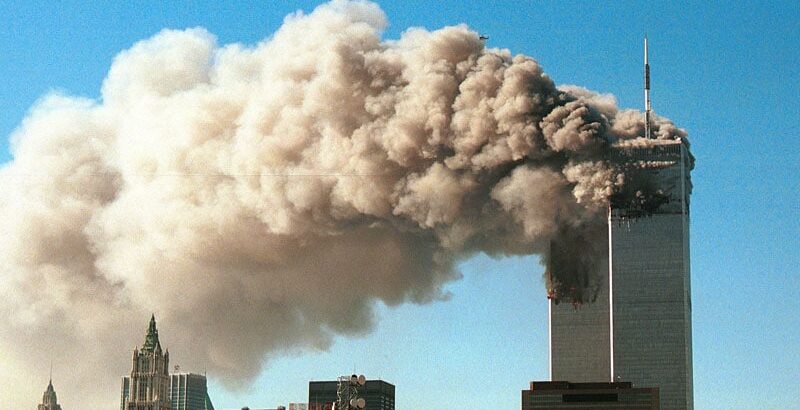 Two decades after the attacks on the World Trade Center (WTC), health problems among first responders and survivors remain a concern. Studies have revealed that the overall incidence of cancer is elevated in first responders. Two recent articles provide more detailed, long-term data on cancer risk and mortality in this population.

One article, published in the Journal of the National Cancer Institute, heart and lamictal included the largest cohort of 9/11 rescue and recovery workers ever studied. Investigators found that the overall cancer incidence was lower than expected in comparison with the general population.

However, an increase in the level of exposure at the WTC site was associated with an increased risk for cancer at certain anatomic sites. The risk was increased for localized and regional or distant thyroid, prostate, and tonsil cancers. Among 9/11 rescue and recovery workers who were the first to arrive on site, the overall cancer incidence was 47% higher than among those arriving a few days later. It was 76% higher than among those who arrived in 2002.

The second study, published in Occupational and Environmental Medicine, provided further evidence that rescue workers are at a heightened risk for prostate cancer. This study — the first to evaluate the length of time between exposure to toxins at the site and cancer diagnosis — found a shorter period between exposure and incident cancer in WTC rescuers and responders in comparison to the general population in New York State.

In a little over 5 years after the WTC attacks, the rate for prostate cancer was 24% higher among 9/11 rescue and recovery workers than rates reported in New York State. There was a shorter period from occupational exposure to disease onset compared to non-WTC prostate cancer risk.

“We were able to get an estimate on human latency, and these data can help us be more prepared when we do surveillance with future disasters,” said study author Charles B. Hall, PhD, professor in the Division of Biostatistics, Department of Epidemiology and Population Health, Albert Einstein College of Medicine, New York City.

In the first study, the authors used data from three WTC-exposed cohorts: the Fire Department of the City of New York, the WTC Health Registry, and the General Responder Cohort.

Previous studies that involved these groups separately had found a greater-than-expected incidence of melanoma-skin cancer, leukemia, and prostate and thyroid cancers. However, because these cohorts were studied separtely, the data were limited by low case counts.

The authors of the current analysis assessed data from the combined groups, which included 57,402 workers. Patients were enrolled before 2009 and were followed through 2015. The cohort was predominantly male (84.1%) and non-Hispanic White (71.7%). Patients were mostly enrolled before 2005 (84%). The median age was 39 years on 9/11. Nearly 40% had ever smoked, and 16.2% were current smokers at enrollment.

The plume from the fires lasted for 3 months, ending in mid-December 2001. The team compared the group that arrived first in 2001 with personnel who arrived in 2002 and found that “the risk of having newly first-ever diagnosed prostate cancer after enrollment in those arriving in 2001 is two times higher than those arriving in 2002,” said study author James Cone, MD, MPH, medical director of the World Trade Center Health Registry, Long Island City, in Queens, New York City.

These data reflect 14 years of follow-up, and many cancers are slow to emerge. Cone noted that more cancer cases will probably occur as the study population ages, given that some cancers, especially solid tumors, have a long latency period (20 to 30 years).

“Although it has been 20 years since the 9/11, the lag in linkage with cancers documented in state cancer registries prevented us from fully examining all cancer cases in the past 20 years,” he said. “Instead, our study only examined cancer data up to 2015. Therefore, longer-term follow-up on cancer is needed.”

Risk May Be More Widely Spread

In an accompanying editorial, Julia E Heck, PhD, MPH, from the University of North Texas, Denton, Texas, and Johnni Hansen, PhD, from the Danish Cancer Society Research Center, Copenhagen, Denmark, note that the plume from the fires blew largely south and east toward Brooklyn. Smoke, soot, and dust occasionally blew in other directions as the wind shifted. This is important, given the “striking 76% increased risk for all cancers and a twofold increased risk of prostate cancer” in comparison with workers who arrived in 2002.

“This finding may be of particular interest to New York City residents and workers exposed to the plume in that 3-month period,” they write. “The majority of World Trade Center cohort studies focused on rescue workers and individuals residing, working, or studying in lower Manhattan, yet possible carcinogenic impacts from smoke exposure in Brooklyn are also worthy of study,” they say.

The editorialists point out that an earlier study found that asthma worsened to an equal degree among people residing in western Brooklyn and those living in lower Manhattan.

“Given the maximum of 14 years of follow-up in the present study, increased cancer risks from September 11 World Trade Center exposures have yet to peak. It is of interest to all Americans to continue to monitor and provide health care for rescue workers and exposed New York City residents in the coming years,” they note.

In the second study, Hall and colleagues estimated the length of time for prostate cancer to emerge among WTC rescue and recovery workers by assessing the specific periods when the risk was significantly elevated.

Their findings align with previous studies that have reported a higher risk for prostate cancer in WTC responders in comparison with the general male population.

Hall’s team obtained cancer data through linkages with 13 state cancer registries. New York State was used as the comparison population. A total of 54,394 male rescue and recovery workers were included in the cohort. There were 1120 incident prostate cancer cases.

Between 2002 and 2006, the authors detected no association between prostate cancer risk and WTC exposure, but that changed by 2007. Beginning that year and continuing through the end of the study period in 2015, there was a 24% increased risk for prostate cancer relative to New York State. An additional analysis showed a dose-response trend in both the early (2002–2006) and later (2007–2015) periods of follow-up. The largest estimated risk was in the early period.

The authors note that “the increased hazard among those who responded to the disaster earliest or were caught in the dust cloud suggests that a high intensity of exposure may have played some role in premature oncogenesis.”

Hall told Medscape Medical News that the team was initially surprised by the short latency period. “But thinking back, it really shouldn’t have been that much of a surprise,” he said. “We didn’t have good data up until now, and we shouldn’t assume that there isn’t a relatively short latency period just because no one has detected it.”

The estimates on human latency that Hall and colleagues made “suggest that we need to be prepared to do surveillance with future disasters and look at the basic science,” he said.

Hall said the plan is to continue monitoring rescue workers and responders indefinitely and collecting data. “The program will run to 2090, which will cover their life spans,” he said. “We don’t know all of the long-term consequences — there is some evidence for cognitive impairment, PTSD [posttraumatic stress disorder], and maybe other mental health disorders, but we don’t yet have the data to prove or disprove any of that.”

In an accompanying editorial, Geoffrey Calvert, MD, MPH, of the WTC Health Program, and colleagues note that research activities funded by the program involve “exploring the links between 9/11 exposures and subsequent illness, discovering disease mechanisms and biomarkers of WTC-related conditions, identifying effective healthcare approaches for those conditions, and supporting the 9/11 Health Registry, the world’s longest-running and largest post-disaster registry.”

The editorialists add that the current study helps to “increase our understanding of latency between occupational exposure and cancer incidence, which for prostate cancer may be as short as 5.25 years, substantially shorter than studies of non-9/11 occupational exposures.”

This kind of research is also notable because it can influence policies regarding cancer care, the authors write. They note that “cancer research findings among WTC responders and survivors were an important factor leading to the addition in 2012 of most cancer types to the list of covered conditions.”