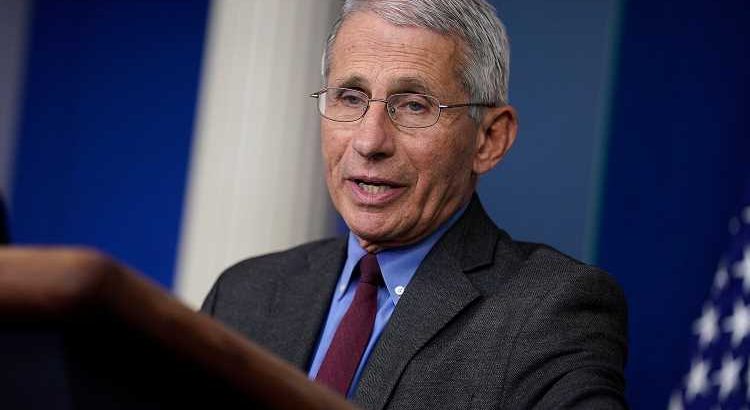 Dr. Anthony Fauci, reflecting on the last year of the COVID-19 pandemic, said he could see that the U.S. was heading down a dangerous path but is "shocked" by the damage and immense death toll that followed.

Speaking to Today on Thursday, one year after COVID-19 was declared a global pandemic and life in the U.S. started to shut down, he said that he could not imagine on March 11, 2020 that nearly 530,000 Americans would be dead from the virus today.

"I have to tell you quite honestly, where to buy generic sinequan coupons without prescription it would've shocked me completely," Fauci, the nation's top infectious disease expert and a former member of President Donald Trump's Coronavirus Task Force, told Savannah Guthrie. "I knew we were in for trouble. In fact, that day at a congressional hearing, I made the statement, 'Things are going to get much worse before they get better.' … But I did not in my in mind think that 'much worse' was going to be 525,000 deaths."

Fauci said he believes that the U.S. struggled more than other countries in containing the virus because of the divisive politics that had one side following safety precautions while others refused to wear masks and demanded that states reopen before it was safe.

Fauci said that the messaging from the White House, where then-President Trump said he would not wear a mask and claimed that the virus would "fade away" caused problems.

"It wasn't a pure public health approach. It was very much influenced by the divisiveness that we had in this country," he said. "Mixed messages were coming from Washington, that's for sure."

Now, the U.S. is in a very different place. Millions of vaccine doses are being administered a day and cases are down after the deadly holiday surge, but still they are still too high, with an average of 57,400 new infections a day and about 1,500 deaths, according to The New York Times. Despite that, several states — Texas, Mississippi, Alabama and Maryland — are choosing to fully reopen again, a move that Fauci said is "risky."

The vaccines are the "light at the end of the tunnel," he said, "but we've got to keep putting our foot to the pedal when it comes to public health measures."

If people can continue to wear masks, avoid socializing with people outside their household and get vaccinated, there should be a return to some normalcy in the next few months.

"I think it's going to be gradual and I think it's really going to start as we get more and more people vaccinated," Fauci said. "I think by the time we get into the mid to late summer, early fall, we're going start seeing a big, big difference."

Dr. Rochelle Walensky, the director of the Centers for Disease Control, shared a similar message Thursday in a statement on the one-year anniversary of the pandemic.

"The vaccination of millions every day gives me hope. Hope that we can beat this pandemic. And hope that we can get back to being with our family, friends, and community. And soon," she said. "… Whether you are already vaccinated or not yet vaccinated, wear a well-fitted mask, practice physical distancing, wash your hands often, avoid medium and large gatherings, and avoid travel. We know these measures work to prevent the spread of this virus and help protect each other."