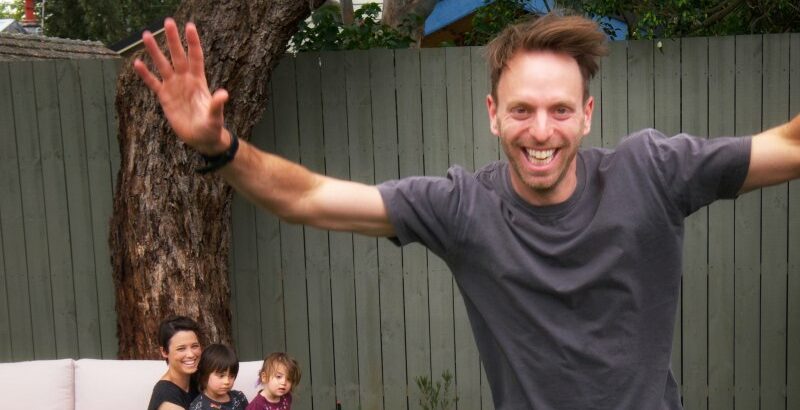 Hugh van Cuylenburg never intended for the stories in his new book to see the light of day. In fact, they left him feeling so exposed he didn’t even want his wife, Penny, to read them.

It was mid-Melbourne lockdown, and the 41-year-old founder of The Resilience Project had started seeing a therapist for the first time in his life. After each session, he wrote in his journal, allied materials inc tracing the lines of experiences that still had a grip on him; moments that had been filed away into the recesses of his brain where they wielded their influence in the dark. 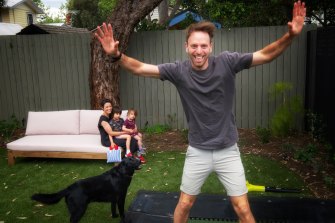 They formed an image in his mind’s eye of someone who was not attractive enough to be loved (that time kids told him he had Bugs Bunny teeth and bulging eyes); not smart enough (when a maths teacher told him, in front of others, he got the lowest mark in the class); a bad brother (for abandoning his sister when she was at her most vulnerable, having shared the details of a traumatic abuse); and someone whose job it was to light up the room (something that took root during his sister’s battle with an eating disorder as he attempted to lift his devastated family).

The father-of-two felt shame, embarrassment, a fear of failure and constantly strived to be perfect – “to be enough”.

He gave talks to high school students about how destructive the pull of social media and its illusion of perfection can be. Still, it can be hard to contend with. Savvy influencers are starting to reveal their darker times, but social media is still saturated with the highlight reel of others’ lives.

“If you look on social media, everyone’s relationship is perfect, and they’re always doing these really fun things all the time, and we are not doing those things: I’m lying on the floor trying to get our daughter to sleep and Penny’s dealing with tantrums, and then we come downstairs, and we snap at each other because we’re both angry we haven’t slept in five years.” 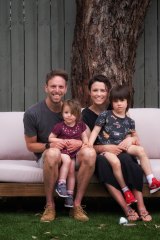 He recounts a fledgling friendship between his young family and that of the singer Missy Higgins that grew after his first book, national bestseller The Resilience Project. The first time Missy, her husband Dan and their two young kids were due to come over, despite being “such a down-to-earth couple”, van Cuylenburg felt the pressure to make everything perfect. Nothing went to plan.

Trying to create a relaxed atmosphere he bought and lit a fire-pit in their garden, forgetting to protect the lawn which was covered in artificial grass. Standing around drinking beers, and not at all relaxed as they tried to keep the children away from the flames, the group smelled burning plastic and discovered the lawn was on fire. After dousing it with water and retreating inside to “escape the noxious miasma” of smoke, he discovered Higgins’ young son, Sammy, had accidentally been locked in the toilet.

Attempting to relieve the tension, van Cuylenburg performed a silly dance for Sammy and his son Benji. When he heard a small knock, he remained in character, flinging the door open, only for it to smack Higgins’ daughter in the face, knocking her flat on the back.

Despite his focus on making everything perfect, he realised later it was the imperfections that made the day memorable and that the two families ended up bonding over.

But that was later. The intense pressure he felt to be always OK and the shame he felt about himself made it harder to cope with the imperfect and challenging moments let alone see the upside. Lockdown threw the spotlight on it all.

When van Cuylenburg was finally forced to stop, it was like a “giant cresting wave that broke on top of me”.

He had been “so busy living and breathing” gratitude, empathy and mindfulness – the tenets of The Resilience Project – he hadn’t considered they weren’t enough.

Van Cuylenburg had inklings something wasn’t quite right. In the month before admitting he wasn’t coping he found himself getting angry at his wife and two young children.

One night his daughter Elsie was “really sick” and couldn’t sleep, and he found himself feeling annoyed at her. “I had this feeling of ‘this is not me’,” he says. “But I hadn’t really worked through why.”

Then during a radio interview shortly after, presenter Dave Hughes asked if he was OK?

And so, van Cuylenburg found a therapist and through his sessions with her and his journaling, he realised what he needed to do. He needed to let go of the shame and control, the ego and expectation, the fear of failure and pressure to be perfect.

And the longer and harder lockdown was, the more resolute van Cuylenburg became. “I went, this is the point: we need to open up and be a lot more vulnerable to connect and experience joy.”

He decided that by sharing the very same personal stories he hadn’t wanted anyone to see, he might help others do the same.

It isn’t lost on van Cuylenburg that the very same traits that led to his “mini meltdown” have also in many ways propelled his career, one in which he has, via the Resilience Project, developed and facilitated programs for more than 1000 schools across the country, become a successful keynote speaker and worked with the Australian cricket, netball, women’s soccer and rugby league teams, as well as AFL and A-League soccer teams.

But, he has also learnt that he is enough as he is, without the performing or perfectionism, and that life is better when we accept ourselves and share our shame, messages he hopes his highly relatable new book Let Go illustrates.

“It would take a lot of heat and pressure off the day if we just stopped and said ‘I’m enough’,” he says. “It’s the stuff I wish I’d known as I was coming out of my teens and into my 20s. I really was thinking about my kids when I wrote it. And one day if they’re not too embarrassed by their dad, they might pick it up.”

It’s the stuff that is still helping him today to manage the messiness of life.

When his young son Benji became frightened during a recent COVID test, the nurse scolded him by saying he was behaving like the most scared little boy she’d ever seen. Afterwards, as Benji repeated what the nurse had said, van Cuylenburg realised it was a “shame moment”. “So, I said ‘no you’re not scared, what just happened was scary. But you’re very brave because you did it’… I went through all the shame steps from the book and was going ‘oh this stuff is really helpful’.”

And when he sees the perfect couples and perfect parents of social media now, he lowers the impossible bar of illusion: “This stage of life when the kids aren’t sleeping is going to be bloody hard and our relationship is not going to be perfect.”

Some things are easier to let go than others. Fear of failure and wanting to please are still works in progress. But that, van Cuylenburg says, is also the point.

“All our lives are messy. You don’t get to a point where you’ve sorted it all out, and you’ve arrived at this destination where you have clarity. Life will always be messy, it’s just what you do with it when you’re in the mess that counts.”