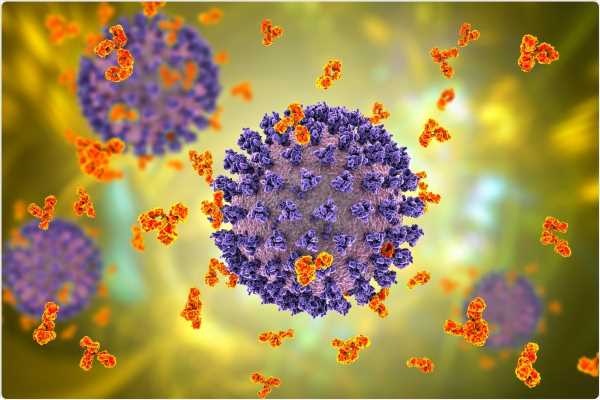 Coronavirus disease 2019 (COVID-19) has had devastating worldwide effects on public health and economies. While global vaccination schemes are beginning to control the spread of the disease, there are worries that immunity fades with time. These worries are exacerbated by the rise of variants such as the Delta strain, which are known to evade immunity from the previous infection with the original variant of severe acute respiratory syndrome coronavirus 2 (SARS-Cov-2). Researchers have created kinetic models of IgG and IgM anti-SARS-CoV-2 antibodies over 13.5 months following infection to understand long-lasting immunity better. 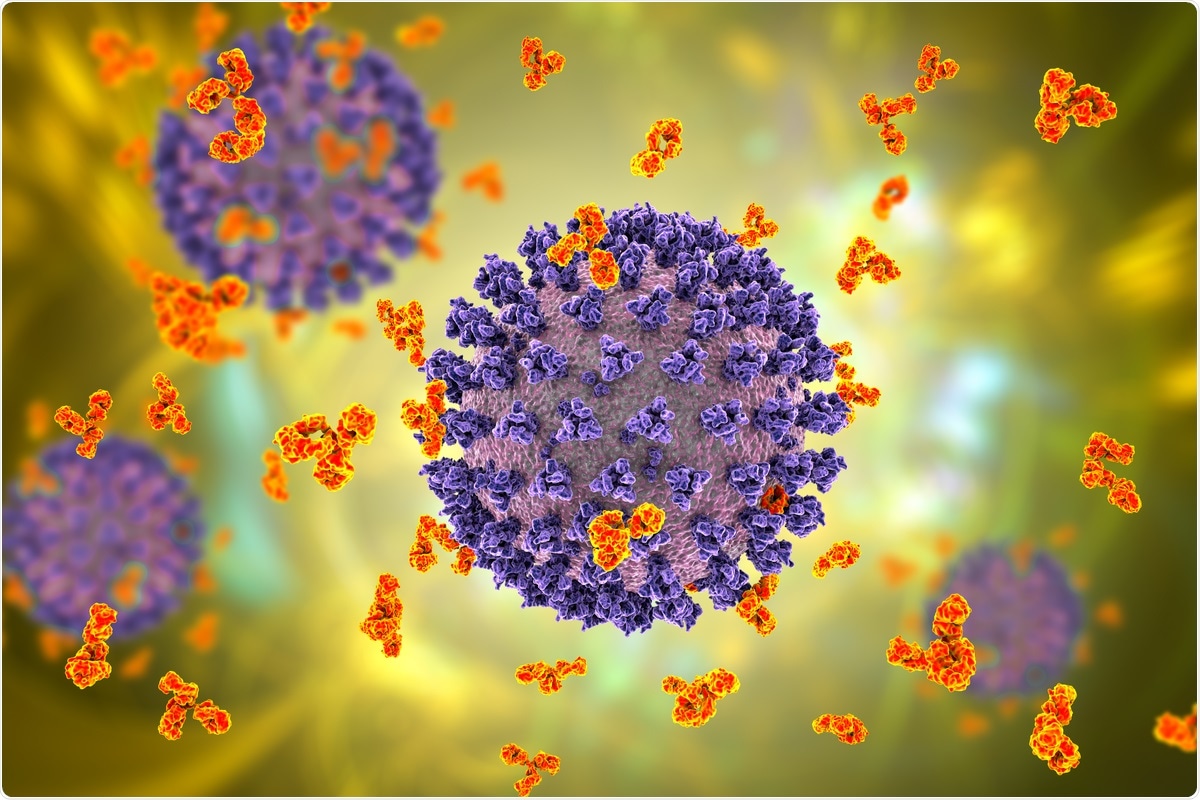 A preprint version of the study is available on the medRxiv* server while the article undergoes peer review.

Most vaccines and monoclonal antibody treatments target the spike protein of SARS-CoV-2. The spike protein is key to the pathogenicity of the disease – the receptor-binding domain (RBD) of the S1 subunit binds to angiotensin-converting enzyme 2 (ACE2), which allows the virus to enter the host cell.

At the same time, aralen effective the N-terminal of the spike protein allows for membrane fusion. Targeting the RBD is most common for vaccines, as it allows neutralizing antibodies to target the disease and prevent it from entering cells. Antibodies generated from natural immunity will normally target these areas of the spike protein or the nucleocapsid or envelope proteins.

Previous studies have shown rapid initial antibody production then falls equally rapidly, and the length of immunity is estimated at anywhere between four months and a year.

In order to develop a more accurate picture of COVID-19 immunity, the researchers performed serological tests on 478 individuals who showed positive results on RT-PCR tests for anti-SARS-CoV-2 antibodies and repeated these tests on days 15, 30, 60, 90, 180, 270, and 360 days following the initial visit. The participants were split into three groups: asymptomatic, mild-moderate, and severe (those who required hospitalization). Commercially available ELISA assays were used to detect anti-SARS-CoV-2 IgG and IgM antibodies.

Initially, almost 40% of individuals tested negative for all antibodies. This proportion did decrease later, suggesting it merely took more time for the antibodies to develop. Over 45% of participants showed positive test results for all antibodies on day one. This number began to decrease from day 180, mostly due to falling numbers of positive IgM tests. On day 270, only 12.1% of individuals showed negative results on both IgG and IgM tests. 67% of participants remained positive for anti-nucleocapsid IgG antibodies across the entire year.

Anti-nucleocapsid IgM antibody levels were the earliest to fall, with the median antibody levels falling below the positivity threshold on day 270. IgG antibodies that showed sufficient binding ability to the nucleocapsid and those that showed sufficient binding abilities to the spike protein remained constant from day 15 to day 360.

For both IgG and IgM, antibodies targeting the nucleocapsid proteins showed no significant difference in levels on days 270 and 0. Unsurprisingly, those in the 'severe' category showed the highest levels of antibody throughout the study. This is likely at least partially due to the disease lasting longer for individuals in that group. Initially, asymptomatic individuals showed higher levels than those with mild-moderate symptoms, but these quickly reversed by day 15.

Previous studies have supported the findings of anti-nucleocapsid protein IgM antibodies remaining above the detection threshold in mild-moderate patients. This is likely due to the development of B cells to memory IgMs that continue to produce the specific anti-nucleocapsid antibodies throughout the year.

While it is unknown whether these models will remain correct for vaccinated individuals, the authors emphasize the importance of their study in helping to understand the waning of natural immunity over time. Such understanding could be of utmost importance in informing public health policy, such as when infected people could be vaccinated and when immunocompromised individuals could safely public spaces without restrictions or masks following completed vaccination programs.

medRxiv publishes preliminary scientific reports that are not peer-reviewed and, therefore, should not be regarded as conclusive, guide clinical practice/health-related behavior, or treated as established information

Sam completed his MSci in Genetics at the University of Nottingham in 2019, fuelled initially by an interest in genetic ageing. As part of his degree, he also investigated the role of rnh genes in originless replication in archaea.