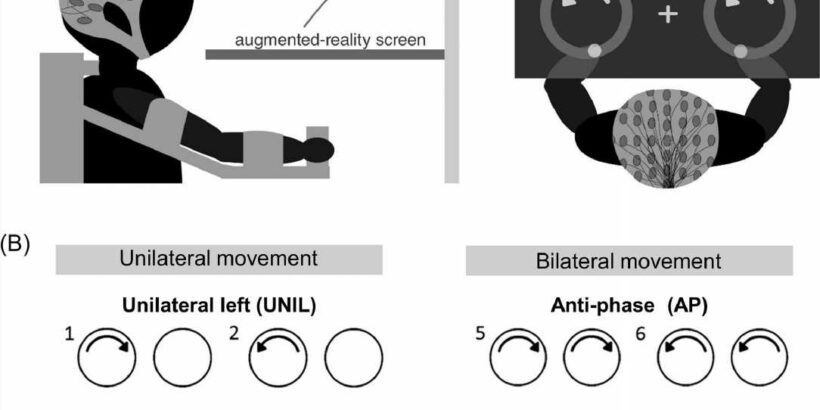 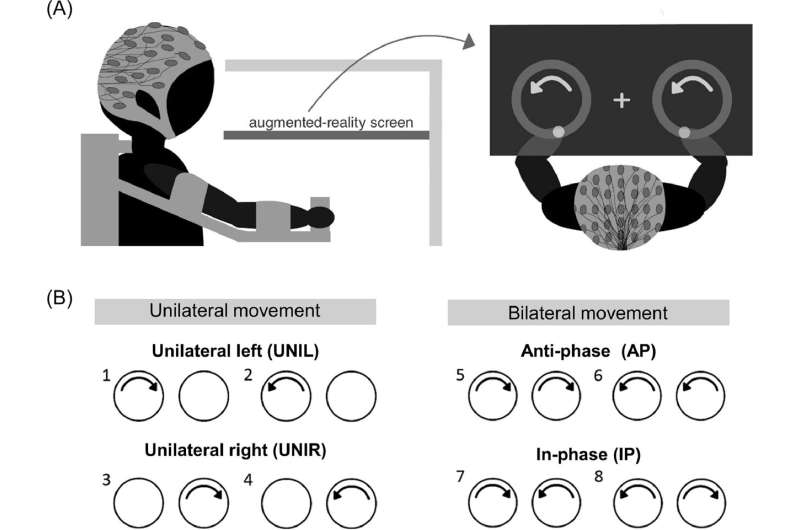 A team of researchers from Max Planck Institute for Human Cognitive and Brain Sciences (Leipzig) has discovered that the age-related decline in bilateral anti-phase movement is linked to differences in alpha and beta neural activity. Among the researchers was Vadim Nikulin, Leading Research Fellow of the Centre for Cognition & Decision Making at HSE University.

The research, entitled ‘Alpha and beta neural oscillations differentially reflect age-related differences in bilateral coordination’ has been published in the journal Neurobiology of Aging.

The subjects sat at a transparent table featuring a depiction of one out of eight possible circular arm movements. They were able to see their arms under the table. The subjects were asked to repeat a circular motion shown on the screen in time with a metronome. Two of the eight possible motions were in-phase and two were anti-phase. The remaining four motions required the use of one arm only. The researchers used multichannel EEG to record the subjects’ brain activity.

The researchers discovered that compared to the younger group, the older subjects displayed lower synchronization between different sides of the body during anti-phase movements. This explains why, for example, it becomes more difficult to perform such movements with age.

It is suggested that the power of alpha waves is linked to the level of active involvement in solving the given task. The lack of reduction in this power in the non-dominant hemisphere may reflect a compensation for the loss of these skills in older subjects, for example, that they need to more actively concentrate on the tasks.