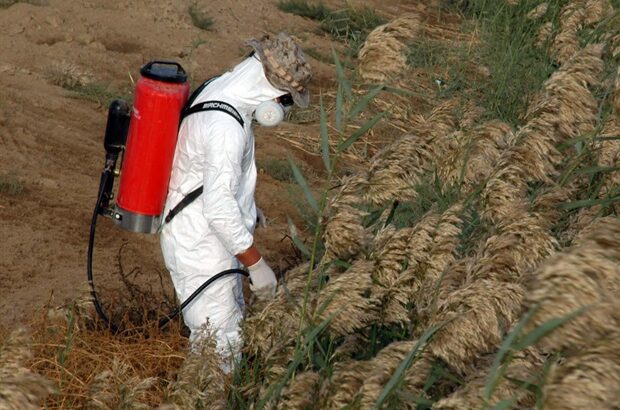 National bans on highly hazardous pesticides can be a cost-effective and affordable intervention for reducing suicide deaths in countries with a high burden of suicides attributable to pesticides, according to a new study published in The Lancet Global Health today.

The exploratory economic analysis, one of the first to examine the cost-effectiveness of implementing a population-based, suicide prevention intervention in low- and middle-income countries, involved 14 countries spanning low-income to high-income settings. The authors concluded that banning highly hazardous pesticides across those 14 countries could result in a total of approximately 28 000 fewer suicide deaths each year at an annual cost of I$ 0·007 (or less than a cent) per capita.

This decrease equates to a potential 6·5% reduction in suicide deaths among these 14 countries by 2030, equivalent to 20% progress towards the target for Sustainable Development Goal 3.4 – to reduce by one-third premature mortality from noncommunicable diseases, of which the suicide mortality rate is an indicator.

However, the study findings are limited by imperfect data and assumptions that could be improved upon by future studies. More research is required to quantify the assumptions made in this model, aldactone used for pcos including the potential for substitution of means and the effect on agricultural yields.

Suicide is a major global public health issue, resulting in 800 000 deaths every year across the world. Pesticide self-poisoning accounts for 14-20% of global suicides and is particularly common in low-income and middle-income countries where small-scale farming enables easy access to highly hazardous pesticides.

Restricting access to commonly used, high-lethality suicide methods – a form of means restriction – is one of the few effective approaches to preventing suicide. Bans of just a few highly hazardous pesticides in Bangladesh, the Republic of Korea and Sri Lanka resulted in communities having access to less toxic pesticides and led to sharp reductions in overall suicide rates. These pesticide bans did not prevent people from attempting suicide; they simply made subsequent suicide attempts much less lethal, thereby lowering the suicide rate.

Empirical evidence from these countries also shows that such bans do not necessarily lead to reductions in agricultural productivity (i.e. there were no discernible subsequent decreases in crop yields). The International Code of Conduct on Pesticide Management, produced by the UN Food and Agriculture Organization (FAO) and WHO, recommends that highly hazardous pesticides should be removed from agriculture in low- and middle-income countries where they cannot be stored or used without unacceptable risk.

The economic model developed by this study could be used to inform country-level analyses after tailoring the model to account for relevant local factors and incorporating country-specific data.