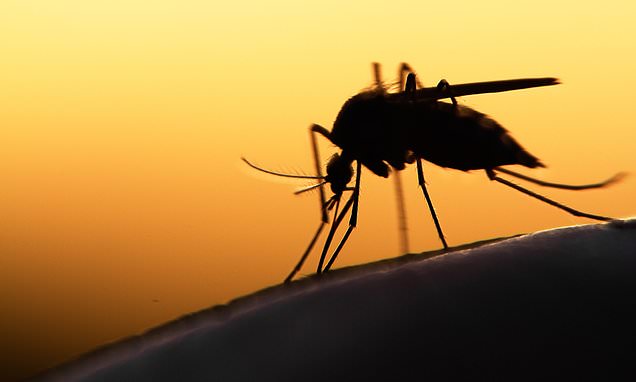 ‘Game-changing’ British-made malaria vaccine could save the lives of millions of children after study showed using it with cocktail of other drugs slashed death rates by up to 72.9%

Scientists have found a potential new approach to tackling malaria that could save the lives of millions of children.

A study by a team from the London School of Hygiene & Tropical Medicine (LSHTM) found that giving young children a vaccine as well as antimalarial drugs cut hospital admissions with severe disease and deaths by almost three quarters.

Using the combined approach, incidents of clinical malaria and hospital admissions with a severe form of the disease were reduced by 62.8 per cent and 70.5 per cent respectively.

Deaths from malaria were reduced by 72.9 per cent.

The researchers said the results were ‘striking’ and even better than they had expected.

Their work, published in the New England Journal of Medicine, was carried out alongside researchers in Burkina Faso and Mali. 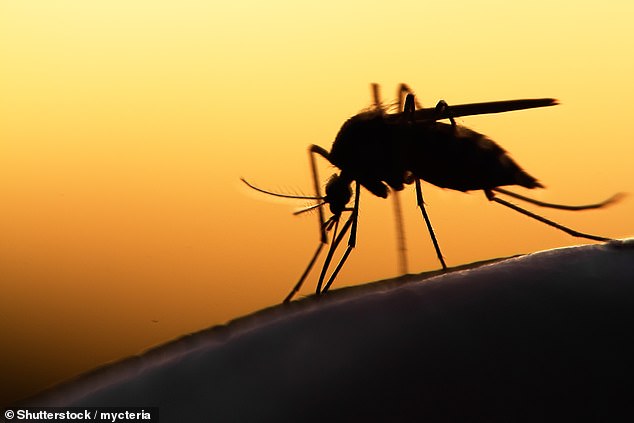 The trial followed some 6,000 children aged between five months and 17 months in the two West African countries, both of which have a high burden of malaria.

They found that a combination of giving them the world’s first malaria vaccine (RTS,S/AS01E) – made by Brentford-based GSK – and seasonal administration of antimalarials (SMC) was more effective than either approach on its own.

SMC, maximum dosage of prednisone for dogs which involves giving anti-malarial drugs sulfadoxine-pyrimethamine and amodiaquine to young children every month during the rainy season, is the approach used in both countries.

The researchers hope this new combination approach has the potential to prevent malaria in large parts of Africa where cases remain high and where the disease is transmitted seasonally.

They said seasonal vaccination with RTS,S/AS01E was also found to be as effective as four annual courses of SMC in protecting against clinical malaria.

Professor Brian Greenwood from LSHTM said while there have been ‘great strides’ in tackling malaria, progress has slowed in recent years.

He said: ‘We urgently need new interventions, particularly in many parts of the Sahel and sub-Sahel where the burden of malaria remains very high.

‘We aimed to find out if RTS,S/AS01E (the vaccine) could be more effective in areas with seasonal transmission by giving children three doses of the vaccine before the malaria transmission season, and then a booster dose before the rainy season over subsequent years.

‘The results are very striking and could pave the way for a potential new approach to malaria control.’

Professor Daniel Chandramohan from LSHTM and a member of the research team said the combined treatment had the potential to be a ‘game-changer,’ adding: ‘The results of the trial were much more successful than we had anticipated.

‘Our work has shown a combination approach using a malaria vaccine seasonally – similar to how countries use influenza vaccine – has the potential to save millions of young lives in the African Sahel.

‘Importantly, we didn’t observe any new concerning pattern of side effects.

‘Further research is now needed to examine how seasonal malaria vaccination could be delivered most effectively at scale.’

Professor Alassane Dicko, of the Malaria Research and Training Centre in (MRTC) Bamako, Mali, said: ‘This new malaria tackling tool could mean the disease is no longer the primary cause of death or hospital admissions in our settings for the very first time. 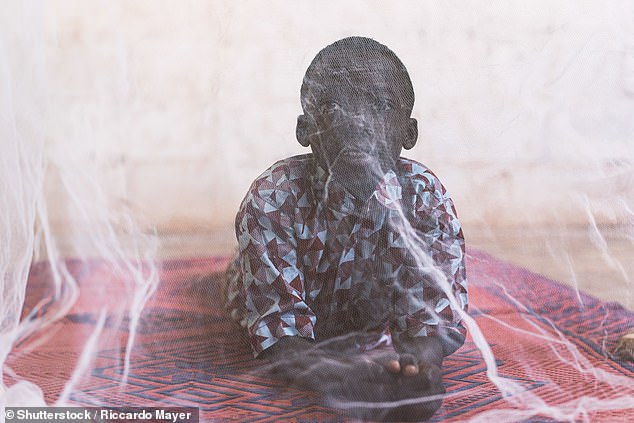 The trial followed some 6,000 children aged between five months and 17 months in the two West African countries, both of which have a high burden of malaria [Stock image]

‘This is wonderful news for malaria control. We look forward to a quick policy decision and addition of this new tool to reduce the intolerable burden of malaria in our region.’

‘I hope that this evidence will be taken into account by decision-makers as a new additional strategy for saving children’s lives in Africa.’

Gareth Jenkins, director of advocacy at the Malaria No More charity, said: ‘Today’s RTS,S result is yet another example of the fruits of UK science leadership and funding in collaboration with international partners on the global stage.

‘This government could be the government that helps end malaria for good but, to claim that mantle, it must continue to invest in the research projects our brilliant scientists and institutions need.’