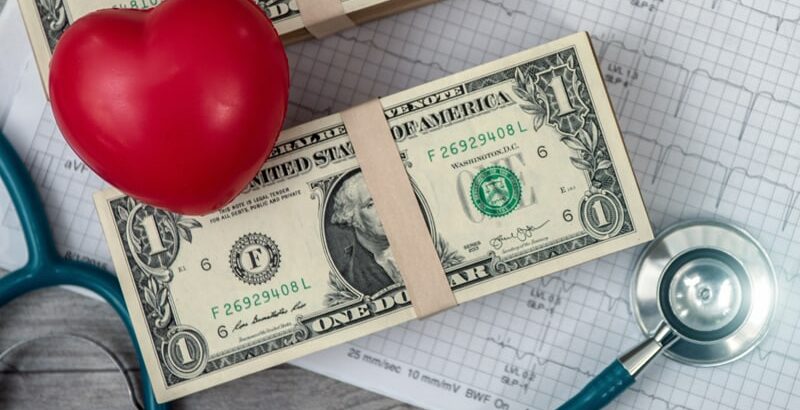 Although many physicians endured pandemic-related income struggles in 2020, overall, cardiologists are doing fairly well building their nest egg and paying down debt, according to the Medscape Cardiologist Wealth & Debt Report 2021.

Cardiology remains among the top highest-paying specialities, just below orthopedics and orthopedic surgery ($511,000) and plastic surgery ($526,000), according to the overall Medscape Physician Wealth & Debt Report 2021. The report is based on responses from nearly 18,000 physicians, spanning 29 specialties, who were surveyed between October 6, 2020 and February 11, 2021.

Many medical offices closed for a period of time in 2020 because of COVID-19, and some physicians made use of the Paycheck Protection Program; others cut staff, renegotiated leases, switched to telemedicine visits, and made other cost-cutting changes that kept earnings relatively on par.

Cardiologists’ wealth overall has gained some ground over the past year. In 2020, 38% of cardiologists had a net worth under $1 million, compared with 29% this year.

“The rise in home prices is certainly a factor,” said Joel Greenwald, MD, CFP, a wealth management advisor for physicians based in St. Louis Park, Minnesota. The rise in the stock market also played a role, he said, with the S&P 500 finishing the year up over 18%.

“I’ve seen clients accumulate cash, which has added to their net worth. They cut back on spending because they were worried about big declines in income and also because there was simply less to spend money on,” Greenwald said.

This year, 19% of cardiologists surveyed report a net worth north of $5 million, compared with 15% last year.

The percentage of cardiologists with a net worth under $500,000 decreased from 23% last year to 19% this year.

Cardiology is now among the specialties with the lowest percentage of members reporting a net worth below $500,000.

As in previous years, most cardiologists are paying down a home mortgage on their primary residence (62%).

Paying off college and medical school debt remains a burden for 18% of cardiologists. Other expenses include credit-card debt (17%), mortgage on a second home (15%), childcare (15%) and medical expenses for self or loved one (10%).

Despite some financially challenging months, the vast majority of cardiologists (92%) kept up with their bill payments; only 5% did not.

This is better than what much of America experienced; according to a US Census Bureau survey last July, roughly 25% of adults missed a mortgage or rent payment because of COVID-related difficulties.

Two-thirds of cardiologists pool their income to pay for bills, whereas one-fifth do not have joint accounts with a spouse or partner.

About three-quarters of cardiologists continued to spend as usual in 2020, while about one-quarter took significant steps to lower their expenses, such as refinancing their home or moving to a less costly home.

In line with previous Medscape surveys, about half of cardiologists have a general idea of how much they spend and on what, but they don’t track it or formalize it.

Many cardiologists have a higher-than-average number of credit cards, with 42% having at least five, compared with the average American who has four.

Savings was mixed for cardiologists this past year; 60% put in the same amount or more each month into their 401(k) plans, but 33% put less money into it compared with last year.

In the past year, the percentage of cardiologists who suffered losses related to practice issues rose from 6% to 15%. Much of that was due to COVID. Also, fewer cardiologists reported zero financial losses this year compared with last year (68% vs 75%).

In line with previous years, the vast majority of cardiologists report living within or below their means; only 4% live above their means.

“There are certainly folks who believe that as long as they pay off their credit card each month and contribute to their 401(k) enough to get their employer match, they’re doing okay,” Greenwald said.

But in his view, “living within one’s means is having a 3- to 6-month emergency fund; saving at least 20% of gross income toward retirement; adequately funding 529 college accounts; and, for younger docs, paying down high-interest-rate debt at a good clip.”