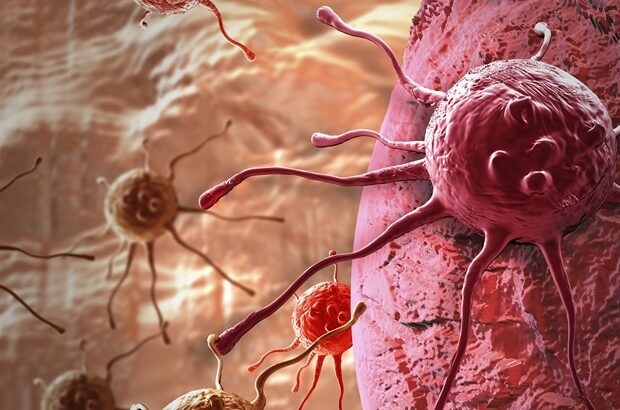 A team led by scientists at Baylor College of Medicine uncovered new evidence supporting a cancer-promoting role for enzyme MAPK6. The study, published in the journal Science Advances, shows that MAPK6 furthers cancer growth by activating the AKT pathway, a known cancer-promoting cellular mechanism. The findings suggest that therapies directed at interfering with MAPK6 activity in cancer may offer an effective treatment approach for this condition.

Studies on the role of MAPK6 in human cancer have produced inconclusive results. Some studies concluded that MAPK6 promoted cancer growth while others indicated the opposite effect. In the current study, we investigated the role of MAPK6 in several cancer cell lines and animal models of the condition and also studied the mechanism mediating MAPK6 effects."

Yang and his colleagues began by investigating the effect of overexpressing the MAPK6 gene in normal human prostate or breast epithelial cells grown in the lab.

These findings suggested that eliminating MAPK6 from tumor cells could reduce tumor growth. Indeed, genetically knocking down MAPK6 significantly reduced the growth of several types of cancer cells in the lab.

The researchers then investigated the mechanism mediating MAPK6 cancer-promoting activity.

"We had previously found that MAPK4, which is closely related to MAPK6, promotes cancer growth by activating the AKT pathway," Yang said. "Here, we discovered that MAPK6 also activates AKT to promote cancer growth. Both MAPK4 and MAPK6 add a phosphate group to AKT, a process called phosphorylation, but MAPK6 phosphorylates a different location in AKT than does MAPK4, and this is essential for the tumor-promoting activity of MAPK6."

MAPK6 adds a phosphate group to AKT location identified as S473, which is the same location that is phosphorylated by a cancer-promoting mTOR protein kinase complex called mTORC2.

"MAPK6 appears to phosphorylate location S473 in AKT independently of mTORC2," Yang said. "This is important because it may have relevant clinical implications."

The kinase inhibitors for mTOR are currently being tested in clinical trials for their ability to reduce cancer growth; however, over time cancer cells seem to resist this inhibitory effect and continue to grow. Yang and colleagues' findings in the lab show that while inhibiting MAPK6 and mTOR activities separately reduces AKT phosphorylation and cancer cell growth, inhibiting both simultaneously achieves a more robust tumor-suppressing activity.

The findings suggest that MAPK6 provides cancer cells with a way to escape the growth-suppressing effect of mTOR inhibitors that has been observed in the clinic.

"More studies are needed, but we suggest that combining both MAPK6 and mTOR inhibitors might provide a more effective and longer-lasting approach to reduce cancer growth," Yang said.

This research was supported by grants from the Department of Defense Congressionally Directed Medical Research Programs (W81XWH-17-1-0043), the Cancer Prevention and Research Institute of Texas (RP130651) and the National Institutes of Health (CA125123).